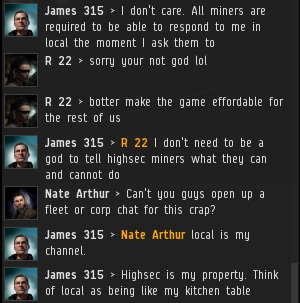 Another blissful day of keeping the peace in highsec. Miners, if you want to relax, give miner bumping a try. 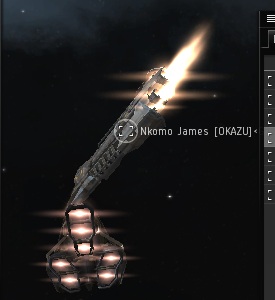 Suddenly, out of nowhere, an illegal Retriever appeared in my ice anomaly. I could tell he was up to no good. Luckily, I knew just how to handle him. 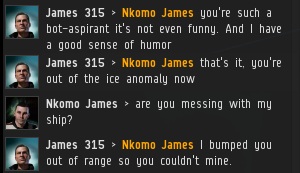 Nkomo James was baffled by what was happening. He lost control of his ship and began drifting away from the ice--the very same ice that he had planned to steal. 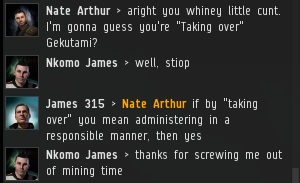 Nkomo had never experienced the awesome power of the bump. Gradually, it dawned on him that I had complete control over his ability to mine. They never explained that in the tutorial! 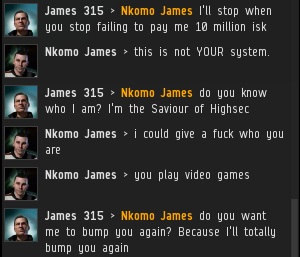 For some reason, Nkomo had little respect for people who play video games. He reminded me of the people who mine in highsec but don't consider themselves highsec miners. 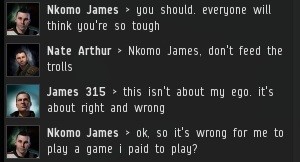 This whole "I paid CCP my subscription fee, therefore I shouldn't have to buy a mining permit" meme is getting out of control. Try taking that attitude to Jita. I wonder how many will give you free ships and modules on the basis of your already having "paid to play"? 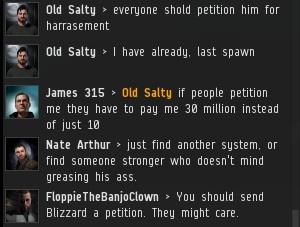 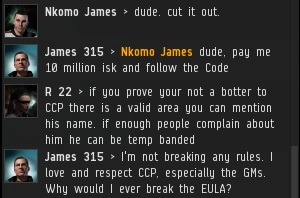 After exchanging inconclusive "dude, _______"'s, Nkomo and I came to a deadlock. Concerned onlookers urged him to outflank me by opening up another front through the filing of a frivolous petition. In a last-ditch effort, Nkomo opened up a private convo with me: 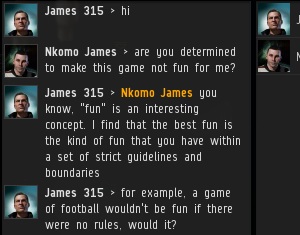 But Nkomo wasn't really that interested in hearing what I had to say. Once I began to explain myself, he hastily exited the convo. 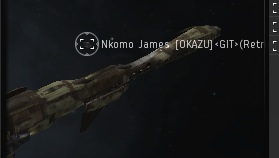 As Nkomo's Retriever disappeared into the distance, he finally realized he was beaten. He retreated to the nearest station and docked up for the day. 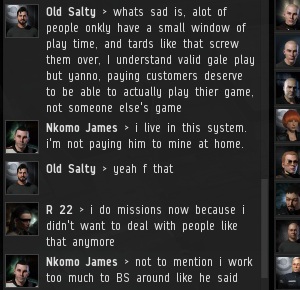 The miserable mass of rebel miners docked up and huddled together. Old Salty was bitter about being forced to "play someone else's game". Although I do require miners to follow my rules, let's not forget that there's a whole world outside of highsec. Those who wish to "play their own game" are free to mine in lowsec, nullsec, or wormsec. And if they get fired upon, let them give their attackers that line about paying CCP for mining rights.
Posted by MinerBumping at 18:40