Why Carebears Choose to Play EVE 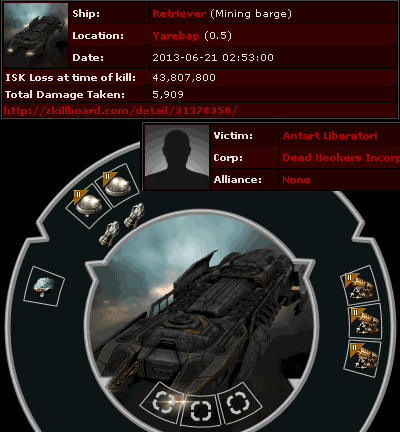 Illegal miner Antart Liberatori chose not to fit any tank on his Retriever. Instead, he went for maximum yield, stole into a 0.5 sec New Order system, and carried away as much ore as he could get his mitts on. That is, until Agent Ophidia Black showed up and put him out of business. His Retriever and Capsule went pop. Antart confessed his crimes, threw a "GF" in local, paid for his permit, followed the Code, and went on to live happily ever after, right?

...Not this time. Antart raged against Ophidia and the Saviour of Highsec. He excused his AFK mining by saying that he was a new player (despite being nearly a month old). In the same sentence, he admitted his guilt by saying that he couldn't reply in local because he was reading the EVE Wiki to learn more about the game. Well, Agent Ophidia certainly taught him about the game--no Wiki needed. Finally, Antart claimed he had no more money for another ship. Ophidia responded, helpfully explaining the need to watch local at all times.

Antart dug himself into a deeper hole. He thought it was far wiser to continue mining while reading the EVE Wiki (or whatever else he was actually doing). The problem is, you can't mine if someone ganks your ship.

Still harping on the Wiki as if it's a "get out of Code compliance free" card, Antart descended into a series of miner clichés. Pro tip for new Agents: If a carebear starts talking about his superior patience, don't buy it. Patient people don't rage at Agents for doing their job.

Antart claimed that he had all the time in the world. He wasn't in a hurry at all. He would be having "fun" in no time. But Ophidia cleverly pointed out that mining in highsec isn't fun.

Antart responded with more contradictions. While he refused to outright confess that he wasn't having any fun mining, he admitted that he wanted to get money so he wouldn't need to mine anymore. Protip for new Agents: If a carebear expresses his desire to repent and leave his mining lifestyle behind, don't believe him. Everyone in EVE can run Level 1 missions or do isk-begging in Jita. Antart touched on another pet peeve of mine--the idea that people pay CCP so they can "do whatever they want". Balderdash. It costs isk to fly a Retriever, so that isn't covered in the subscription fee. And it costs 10 million per year to mine in highsec. Subscription fees are only the beginning.

Now Antart was getting to the heart of things. He explained that one of the reasons he chose to play EVE is that he can "play the game" while watching his kids. In other words, carebears play what ought to be a cutthroat MMORPG because they heard they could "play" the game AFK. They come here to be away from here. Would it be impolite to suggest that if carebears want to be AFK so much, they shouldn't download EVE in the first place?

Antart's confession continued. Gone was any pretense of a patient carebear who had all the time in the world. In fact, he had so little time available that he needed to multitask. Who mines AFK at 1:30am to "relax"? You know what's relaxing? Sleep! The one consolation is that he has two small children. Though raised by carebear(s), such children often rebel against their parents by becoming gankers and bumpers.

Antart let off one last burst of steam and camped on the "relaxation" square on Miner Bingo a bit more. I reject the argument that New Order Agents keep people from relaxing. We keep them from breaking the law. There are plenty of relaxing activities in EVE that are legal. For example, you could bump some miners. In any case, I had no way to verify that Antart actually had a "hard day of work". Given the inherent laziness of AFK mining, he was probably goofing off and wasting his employer's time. 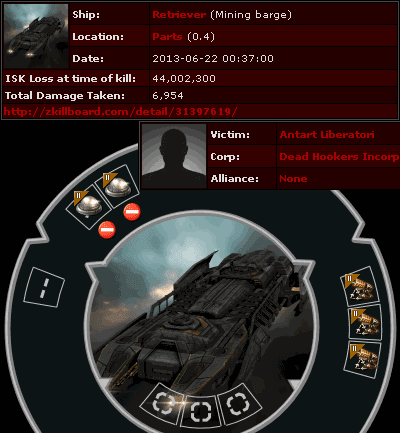 Although Antart previously claimed that he lacked the money for a new ship, he lost another ship the very next day. It seems Ophidia successfully encouraged him to mine in lowsec, where he was killed by a random ganker (unrelated to Ledrian Saisima, as far as I could tell). He then returned to highsec, where he was ganked again a few days later. I feel bad for the guy. Maybe things would have turned out differently, had the official EVE Wiki included a section about paying one's mining fees.
Posted by MinerBumping at 20:44