The Atonement of Chunk

Agent Lord Mandelor, whose many heroic deeds have been recounted in these pages, sent a report from Kamio. Having won victory over some space bronies in Ikao, he was eager to test his mettle in one of the original New Order territories. 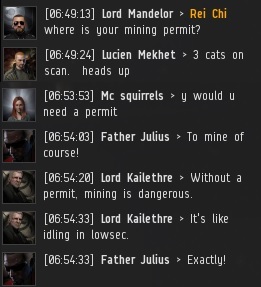 Mandelor, along with Agents Lord Kailethre and Father Julius, stood ready with Catalysts. They offered the rebel miners terms by which they might surrender. Scoffing, Lucien Mekhet alerted everyone to the Catalysts. But he was using his D-scan. That's progress! 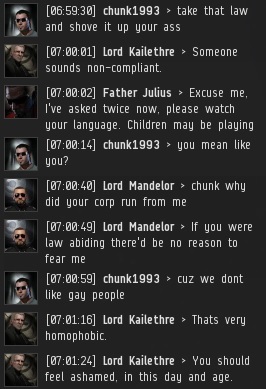 chunk1993 emerged as the spokesman for the rebel forces. He denounced the Code in front of everyone in the system. 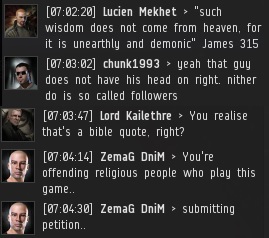 Unfortunately, the rebellion's command-and-control apparatus stumbled out of the gate. When Lucien quoted James 3:15, chunk1993 thought it was a quote of mine, and ZemaG DniM threatened to petition his fellow rebel. 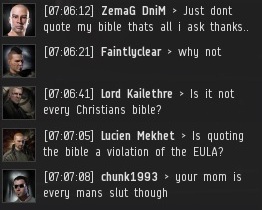 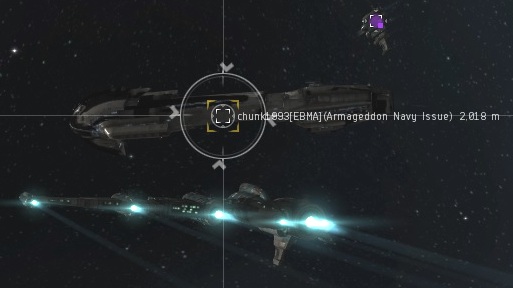 Though he had alienated the other Code-deniers in system, chunk1993 remained loyal to his own corp. He guarded their mining vessels with an Armageddon Navy Issue. 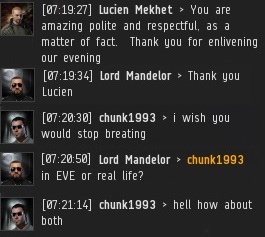 Finding the rebels an unseemly bunch, Lucien began to wonder if he should switch sides. chunk1993 wasted no time in escalating the situation and dove straight for his pile of real-life death wishes. 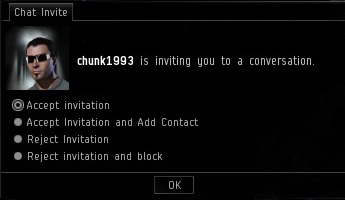 But immediately afterward, he sent a convo request to Lord Mandelor. Did he intend to spit his venom in a more private setting?

Incredibly, chunk1993 apologized. The New Order is practically synonymous with mercy in highsec, so Mandelor instantly forgave the wayward lad. 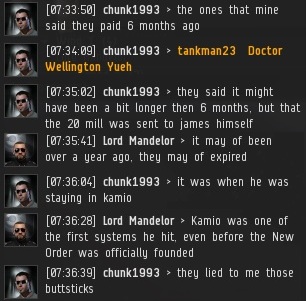 There was a controversy surrounding the permit status of some of the miners under his guard. chunk1993 was no longer sure he could trust them. 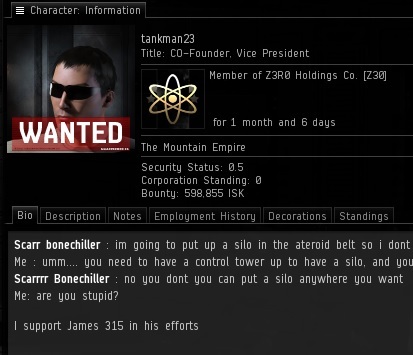 The New Order's work is never done. Lord Mandelor was able to negotiate a satisfactory arrangement and get everything settled.

After just a short time in the presence of the New Order, chunk1993 became an entirely different person.