Another week, another bunch of Code violators cast into oblivion. Let's take a closer look at some of the kilmails harvested during the week of July 14th @ 00:00 EVEtime through July 20th @ 23:59 EVEtime. 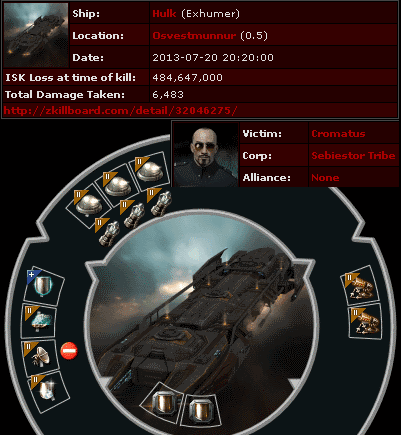 Agent Ophidia Black slayed a nice Hulk worth 484 million isk. Cromatus, the "victim" of the attack, had an interesting pod inside, as well: 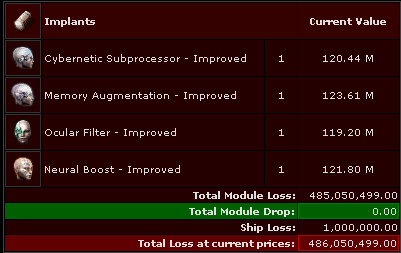 At 485 million isk (or 486 million currently), the Hulk's pod was worth almost exactly as much as the Hulk itself. If only it were possible to kill a pod within a pod, we could make a highsec miner slot machine. Something for the next expansion, I suppose. 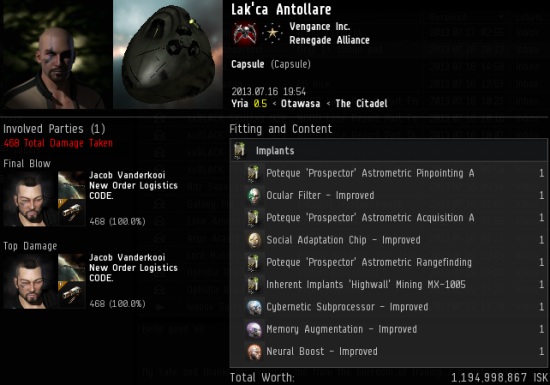 Yes, the Covetor managed to hide a pod worth about 1.2 billion isk. Don't go splurging on a Mackinaw or anything, right? The Covetor itself didn't have a shield extender, just a Sensor Booster. Lak'ca was too impatient to wait for asteroids to be locked, so it's no surprise that he was in too big a hurry to obtain his mining license. Classic rookie mistake. 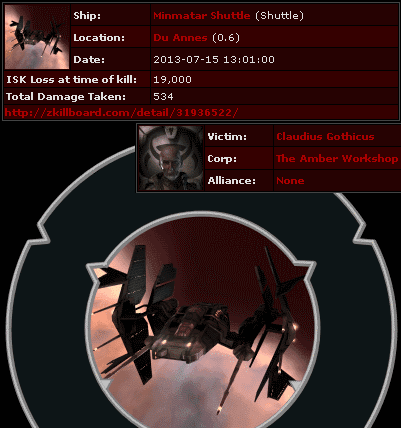 There's no such thing as vigilantism in highsec. Everyone who enforces the Code is automatically a deputized Agent of the New Order. Agent D400 saw Claudius Gothicus behaving suspiciously in a Minmatar Shuttle. I don't know all the details, but the situation escalated, and D400 found himself with no choice but to use deadly force. But you've seen the pattern this week--it's all about the pod: 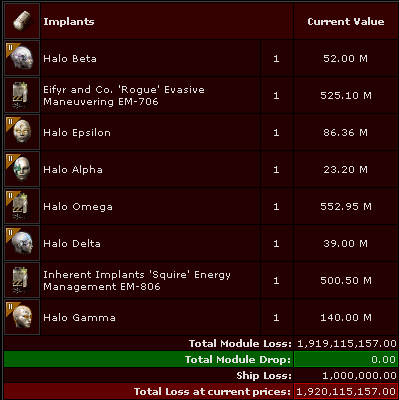 Halo! Claudius lost 1.9 billion isk worth of implants that he didn't bother to protect with any kind of tank. His bio was also deliberately absent of any kind of pledge of loyalty to me. Once again, D400's finely-honed instincts served him well. 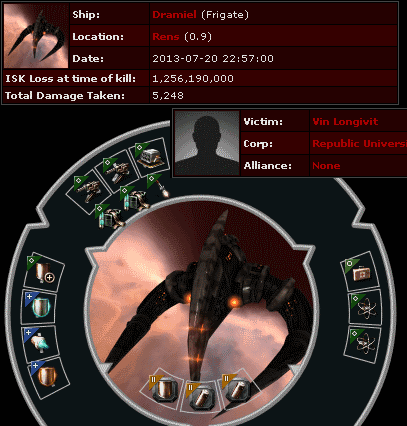 Agent Arden Elenduil forwarded me an interesting Dramiel kill. Vin Longivit was killed by Hannah Senesh, who was flying a battle Procurer. Hannah also managed to snag the pod, worth 1.9 billion isk. Presumably the Procurer pilot baited Vin by stealing from a container near a stargate or station in Rens. Why did Arden want me to share this kill? Because it was funny. But it also made me think: Why should a Dramiel pilot have over 3 billion isk worth of gear? Did he assume he would never die? That's not what EVE's about. This should serve as a lesson to all of us: Bot-aspirants come in all shapes and sizes. Stay alert.
Posted by MinerBumping at 19:52