A Little Bit of Everything

Another leisurely day in highsec. Agent Skipper Huitzilopoch was trying to assist a confused carebear in learning about the Code. Said carebear had difficulty understanding it. Innocent bystander Yutika Koyuki commiserated with our Agent.

The carebear in question was a fellow named Psychoinmate Assylum. He was scandalized by Skipper's claim that highsec miners need permits. He was so outraged, in fact, that he threatened to file a petition with CCP about it. 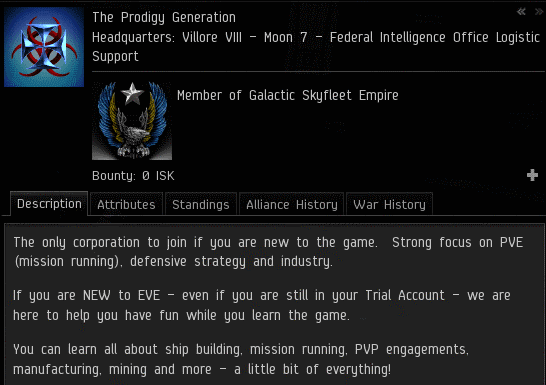 Psychoinmate isn't just any miner. He's the CEO of a 22-member corporation called The Prodigy Generation. New players can learn a little bit of everything from Psychoinmate. 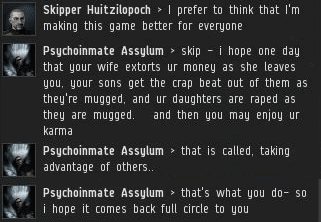 ...A little bit of everything, including how to end up in the Highsec Miner Grab Bag.

From his appearance on Grab Bag edition #56, you might think Psychoinmate likes to bend the rules a little. To be a little extreme, if you will. However, on this day, Psychoinmate saw himself as a concerned citizen of EVE, someone who can help CCP enforce their EULA. Psychoinmate was ready to pounce on anyone who said something in local that broke the rules. He knew how to make the most of an incriminating quote. 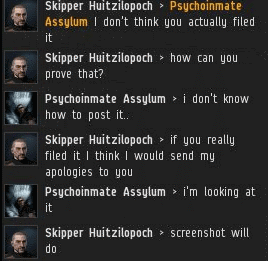 Given Psychoinmate's history, Skipper was a bit skeptical that a petition was actually filed. Was Psychoinmate really willing to put himself on the GMs' radar? 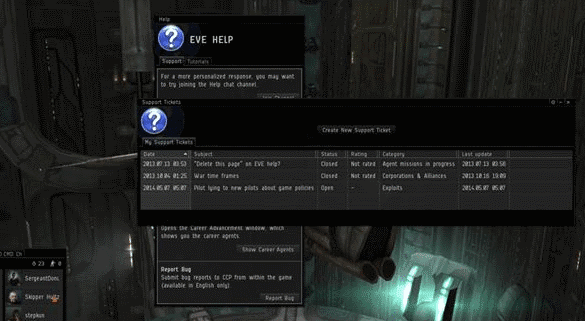 Another petition for the books. The screenshot is quite grainy; you can only just make it out. Psychoinmate's petition was titled, "Pilot lying to new pilots about game policies". It was filed under "Exploits", as though our Agents hack into the miners' brains to make them pay for a permit. Perhaps this would be possible if a miner graduated from bot-aspirant to bot. You can also see that Psychoinmate set Skipper to "bad" (orange) standings.

One can only imagine how Psychoinmate speaks to the people he's set to "terrible" (red) standings--and what he wishes upon their children!

Thus far, Skipper hasn't been banned for exploiting, and CCP hasn't released any patch notes about a mining permit exploit being fixed. Rest assured, Psychoinmate and The Prodigy Generation remain vigilant. They care so deeply about new players.
Posted by MinerBumping at 20:43