As the author of an extremely popular EVE blog, I'm in the privileged position of being able to send a message to highsec miners. My message to the miners is this: Impress me. Dazzle me. Make me proud to have you in my highsec. Now let's see how you did. From the week of May 4th @ 00:00 EVEtime through May 10th @ 23:59 EVEtime... 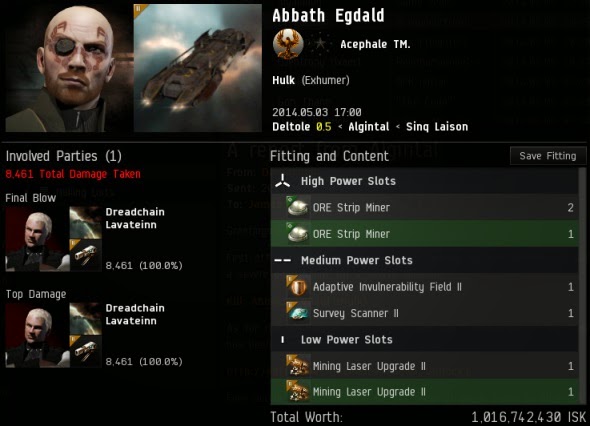 Abbath Egdald made a series of crucial errors when fitting his Hulk--the first being that he was fitting a Hulk. As he should've known, everyone who mines in a 0.5 system with ORE Strip Miners is KOS. The same goes for any system with 0.6+ sec status. Agent Dreadchain sighted Abbath and killed him. 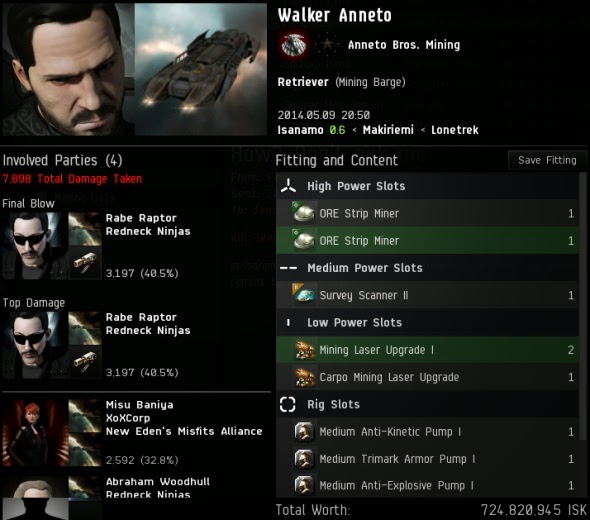 Walker Anneto of Anneto Bros. Mining hopefully isn't the brains of the Anneto family. He set out to prove that Retriever pilots can suffer horrendous losses, too. Agents Rabe Raptor, Misu Baniya, and Abraham Woodhull gasped at the 724 million isk barge and popped it, regardless of (or perhaps partly because of) its armor rigs. 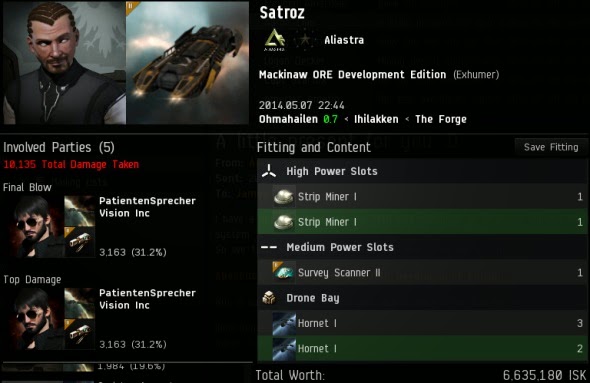 There's a new ship that poses a threat to everyone in highsec: The Mackinaw ORE Development Edition. It's a monument to bot-aspirancy which costs well over half a billion isk at the present market rate. Satroz was among the first to lose one of these ships, thanks to the hard work and dedication of Agents PatienteSprecher, Nemesis Erata, Urug Sigil, and Aaron Tian. Let's help this new ship on its path to extinction. 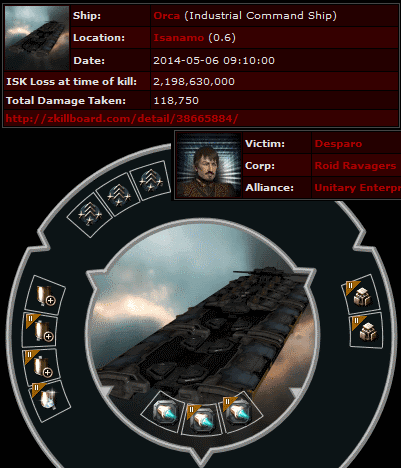 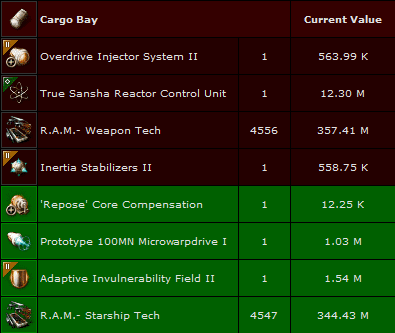 Of course, even the cargo rigs can't get an Orca to over 2 billion isk. Desparo also stuffed a bunch of "R.A.M." stuff in his cargo. He saw no need for a permit. Our Agents saw things differently. 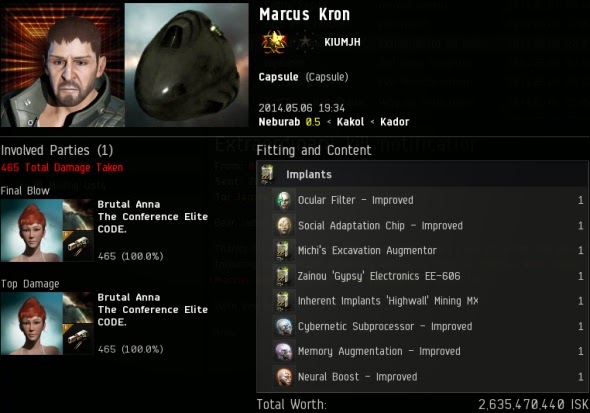 The foul presence of Michi continues to be exorcised from highsec. Marcus Kron got his pod cleaned by Agent Brutal Anna (with some assistance from Rick Therapist). It cost him 2.6 billion isk, but it was well worth it, as he'll some day understand. 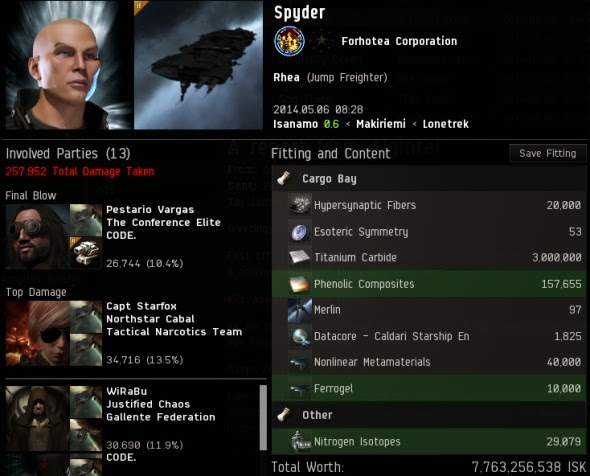 Spyder earned the distinction of being only the second Jump Freighter pilot in history to lose his ship to CODE. enforcement Agents. With its cyno ability, the Jump Freighter is a creature of lowsec and nullsec. But once a Jump Freighter starts making use of highsec stargates, it's time to act like a citizen of New Order territory. Spyder acted like a bot instead. Agents Capt Starfox, WiRaBu, unknown boat, Pestario Vargas, iZaEaRl, loyalanon, Sophia Soprano, Erika Anzomi, Mr Trust, Cilarien, Angel Pirate, Ashleigh Ellecon, and Throatslashar reminded Spyder of the virtues of New Order citizenship. 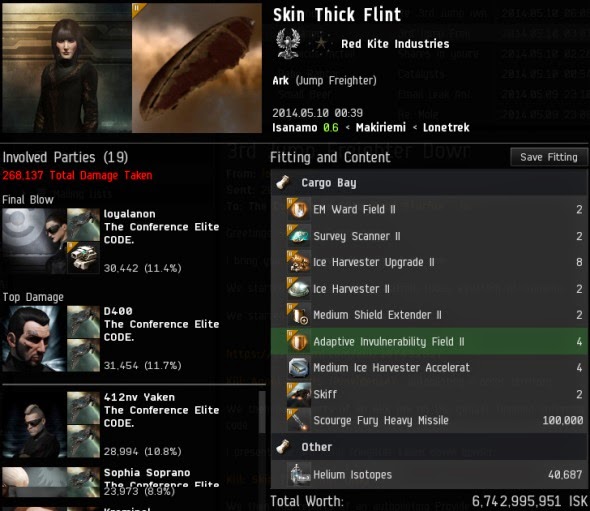 Long story short, the carebears of highsec didn't impress me this week. I was disappointed by their Code violations. But there's always next week. Our Agents are ready for it. Are you?
Posted by MinerBumping at 21:30