Can you believe this is the fifty-sixth edition of the Grab Bag? Hopefully after all this time, the carebears have learned to calm down a bit and stop shedding so many ludicrous tears. Let's find out! 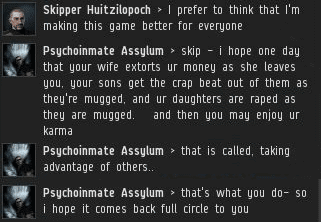 Miners of highsec, do you really want to be the guy who hopes a woman gets raped because her father shot someone's Retriever? As a side note, Psychoinmate Assylum is the CEO of a corp called The Prodigy Generation, which claims to want to help new players. Just throwing that out there. 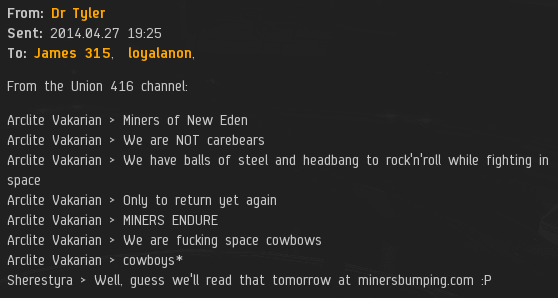 The rebel culture continues to collapse in upon itself. They glorify bot-aspirancy. It's very sad. 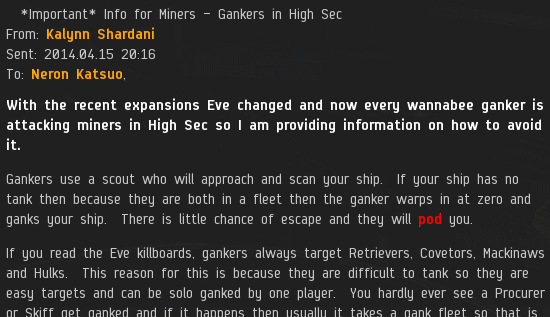 I found this intercepted EVEmail to be very interesting. Some miners apparently believe CCP has nerfed miners' defenses against ganking in recent years! That's the only way they can explain the rise in miner ganking since the creation of the New Order. 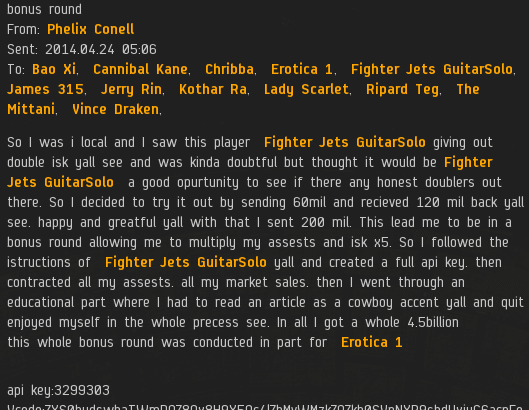 As they say, the show must go on. I was surprised to see Bonus Round-related mail continue to find its way into my inbox. 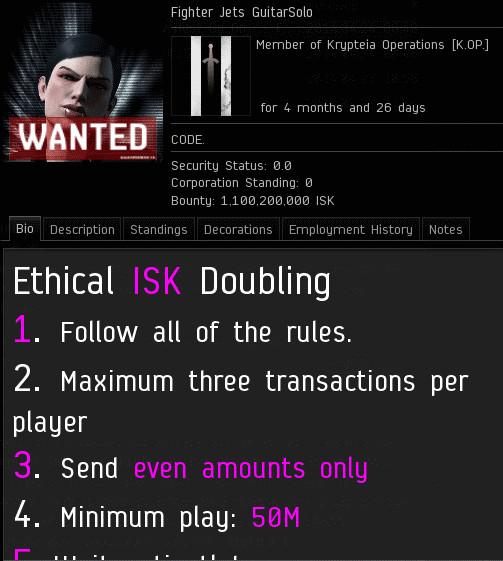 Despite the "blank reason" ban of Erotica 1, the isk-doubling business has not vanished. The torch will burn brightly, forever. But what of the Bonus Round "victims"?

As expected, they don't feel the Bonus Round is torture. No one who has participated in one ever did.

How does the expression go? "A fook and his Mackinaw are soon parted."

No one knows better than our Agents that there's a dark side to EVE. Every day, we make highsec a little brighter, though. 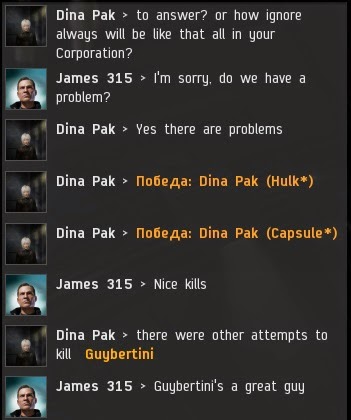 Dina Pak convo's me from time to time. She says something is wrong, but won't say what. An illegal miner getting ganked for violating the Code? This is my design. The system's working as intended, as far as I can see--which is pretty far.

Uh oh. Grasping At Straws for your corporation name? Not a good sign... 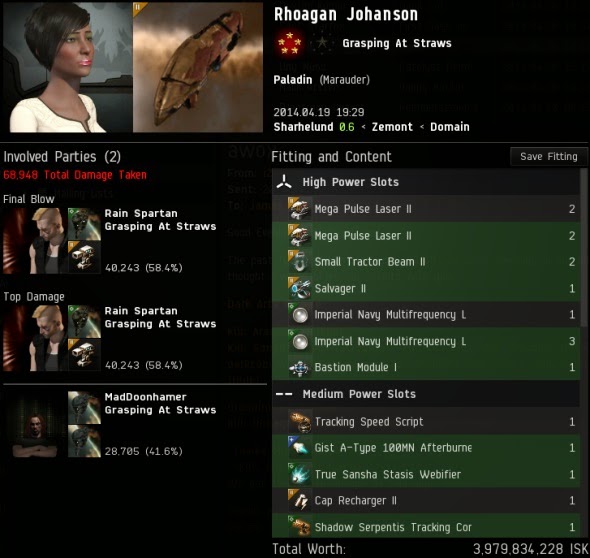 ...and a 4 billion isk awox. Who didn't see that one coming?

The New Order continues its crusade against bullying and harassment. You can always tell a bully by the way they react to their Orca getting blown up. 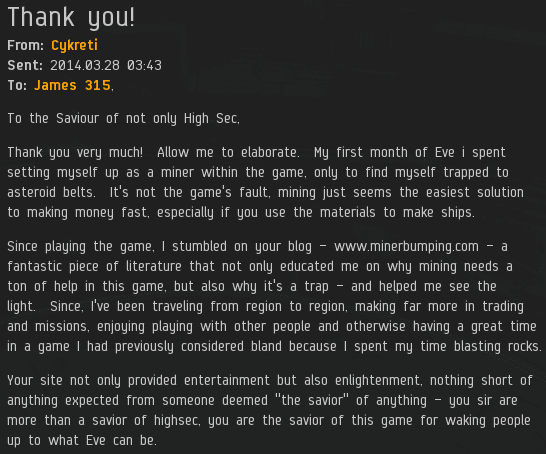 Always nice to end on a positive note. Carebears, take notice. Cykreti has given you an example of the way you're supposed to think and speak about the New Order, the Code, and the best friend you've ever had in highsec.
Posted by MinerBumping at 17:58