Raedyn Hakaari believes our Agents will one day do various chores for the bot-aspirants. No one knows what the future holds. What we do know is what is happening in the present: The New Order is ruling highsec and enforcing the Code. And you're reading the latest edition of the Highsec Miner Grab Bag! 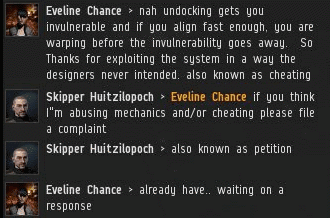 Though "white knight" carebears still occasionally attempt to camp our gankers' stations, it has long been impossible, thanks to insta-undocks. Eveline Chance finally gave up and wrote a petition about it. It's a silly thing to do, but I suppose it beats spending hours trying and failing to tackle a Catalyst.

We frequently see carebears denigrating the Order by way of historical comparisons. Johnn 315 puts all of history aside and declares the Code the absolute worst. 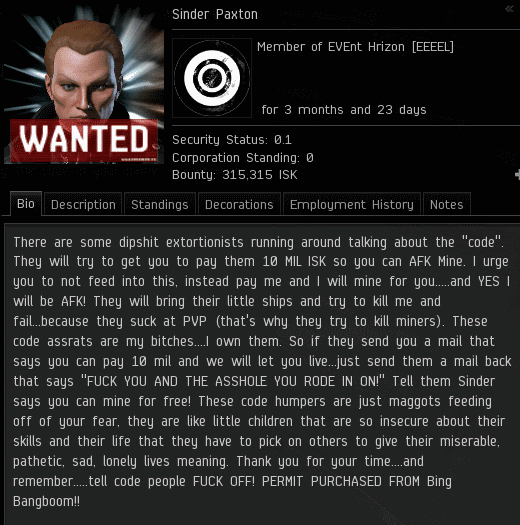 The bio is a great place for EVE players to express some things about themselves and to pledge loyalty to me. What the bio isn't so great for--declaring one's opposition to the New Order. 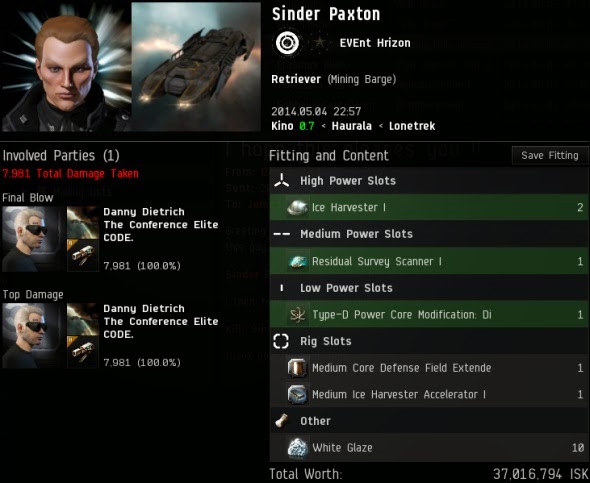 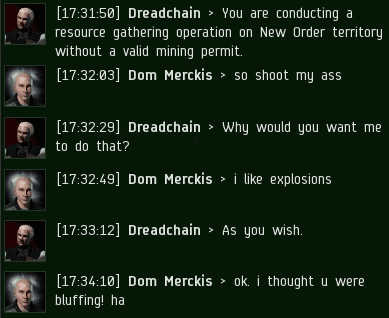 Agent Dreadchain was challenged to gank a miner, so he did. Lesson learned. The New Order never bluffs! 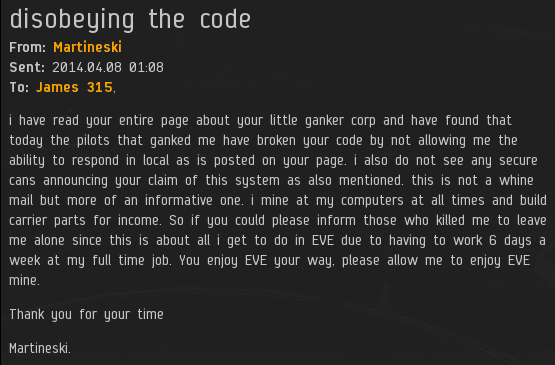 I love the sandbox nature of EVE and the freedom (within reasonable limits) that it allows the players. I'm happy to let people enjoy EVE the way they want to enjoy it, but no AFK miner enjoys playing. Otherwise they wouldn't be AFK. EVE is not a single-player sandbox; it's a multiplayer sandbox, and Tranquility is the PvP server. That means "leave me alone" is off the table as a play-style. 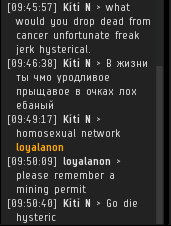 We've gotten a lot of laughs from Google Translate over the years. Having encountered many English-speaking carebears, I've come to realize that Google Translate is more adequate than I originally thought. Kiti N is no less articulate than your average rebel miner. 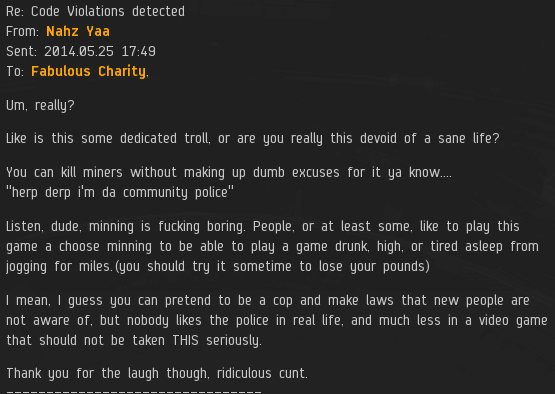 Nahz Yaa has a new excuse for mining in highsec. He doesn't do it because it's relaxing or any of the typical reasons. Nahz prefers to mine because he can do it while drunk, high, or "tired asleep from jogging". True. You can also have your four year-old child mine for you. Your Mackinaw's still going to explode, though. 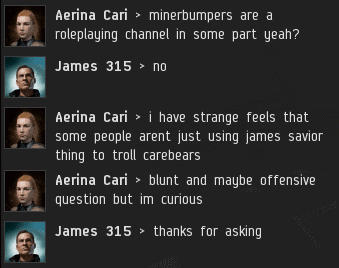 There are so many misconceptions about the New Order. It doesn't qualify as a "roleplaying" organization. Indeed, few people in EVE speak more about game mechanics, the risk/reward balance, nerfs, CCP, petitions, and the like. (When I posted a copy of the Code on the general discussion subforum of EVE-O, a forum mod moved it to the roleplaying subforum. The roleplayers got mad, pointing out that it wasn't proper roleplay, and they successfully petitioned to have it moved out.) 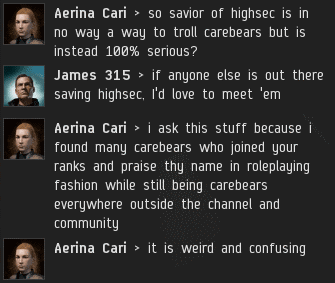 EVE players live in a cynical world. Everyone's looking for what the "catch" is. There is no catch. We're the good guys, and we're here to help you. 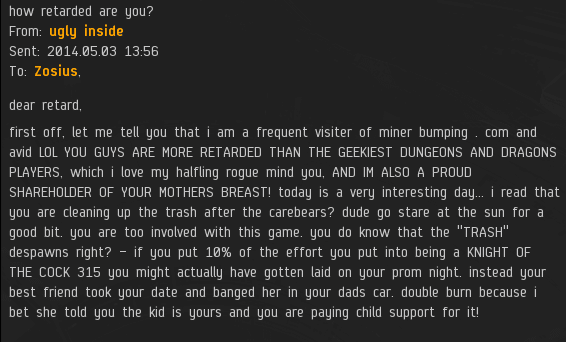 Another reason for MinerBumping's astonishing success: Even our enemies are avid readers. In time, they can't help but see that we're right about everything. ugly inside, clearly, is only in the first stages of that journey. 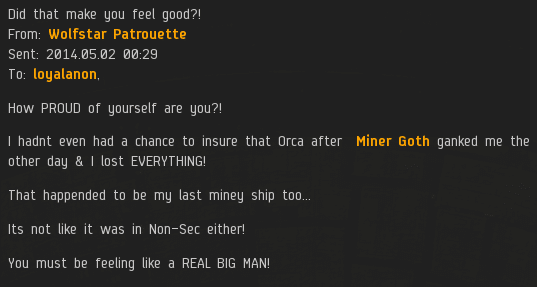 Ganking for the Code only takes a character slot and a few hours of training. And it earns you a lifetime of pride.
Posted by MinerBumping at 18:10