One thing the New Order is very big on: The concept of karma. What you put out into the universe, you get back. For years, freighter pilots have abused highsec in the most stomach-turning manner. Now their chickens are coming home to roost. Agent loyalanon has been gathering posses (not to be confused with POSes!) to bring these criminals to justice. Today, a look back at the week of April 27th @ 00:00 EVEtime through May 3rd @ 23:59 EVEtime.

How many of the beastly criminals were destroyed this week? 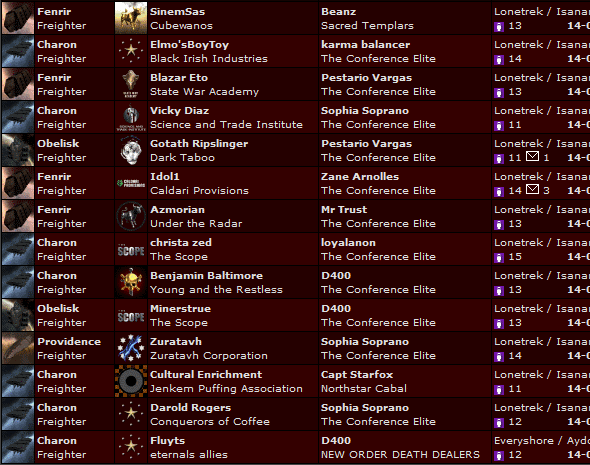 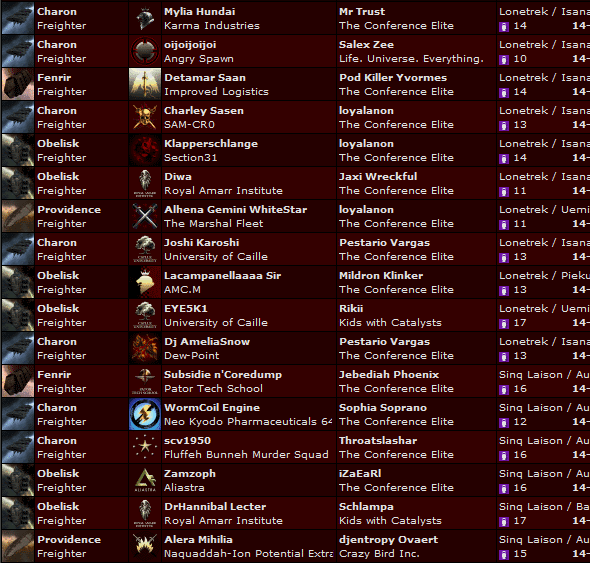 ...A lot. Imagine the billions and billions of isk that have gone down the drain as a result of New Order fleets taking action in the last seven days. All of which could have prevented, by the way, if the freighter pilots bothered to follow the rules they agreed to when they entered highsec. 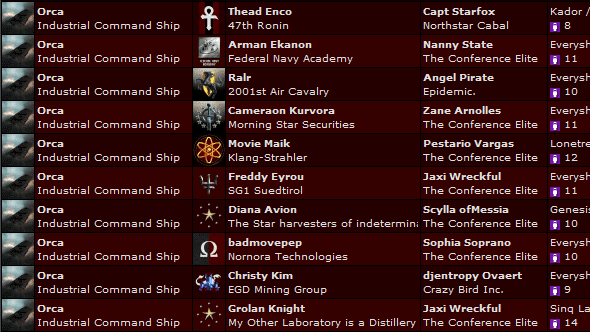 The New Order hasn't forgotten about the Orcas, either. 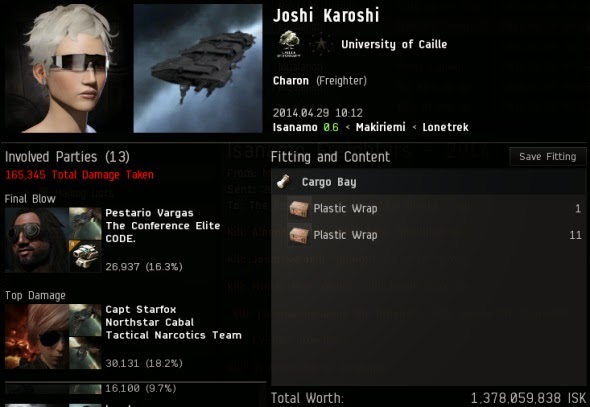 There's only enough space to feature a small handful of these bot-aspirants, and we'll need to move quickly. First up: Joshi Karoshi and her excessive Plastic Wraps. Query: What was she trying to hide? A freighter pilot who carries modest cargo shouldn't be ashamed of what's in her cargo bay. And she shouldn't try to smuggle things past our Agents without a permit. Freighter pilots of highsec: Papers, please. 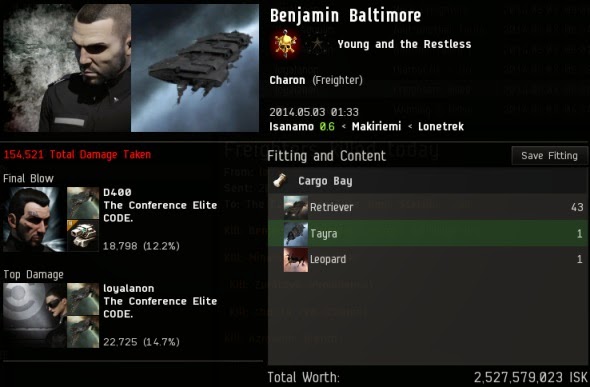 Benjamin Baltimore gets the record for the most unlicensed mining vessels popped in one go. No less than 43 Retrievers were destroyed in a single gank! If you're going to be hauling around 43 Retrievers, you had better start your journey by paying 430 million isk to a local Agent for mining permits. Yeesh! 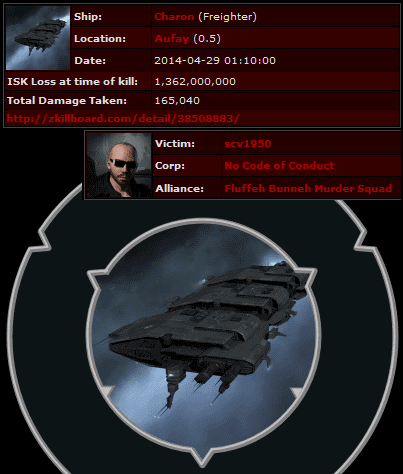 No one should be surprised that csv1950 lost his freighter. Just look at his corp name. "No Code of Conduct"? Really? He must mean no code of conduct aside from the New Halaima Code of Conduct, which we all agreed to follow. Also the EULA. 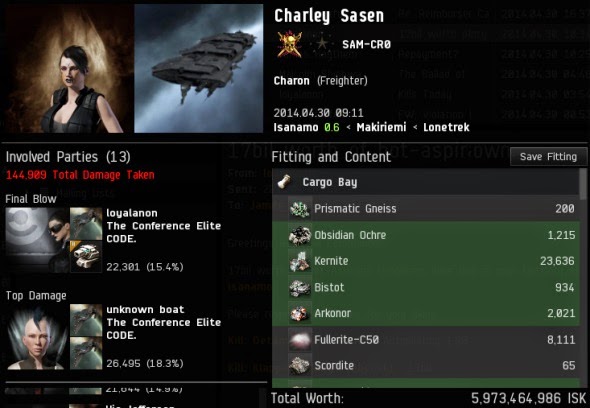 Several especially expensive freighters, including Charley Sasen's 6 billion isk turkey, were also destroyed this week. It's funny how people will blow their money on bad things, but whine and cry when asked to spend just a little money on something good. Carebears, that "extortion" you write petitions about every day is just a rounding error compared to all the contraband we have to blow up. 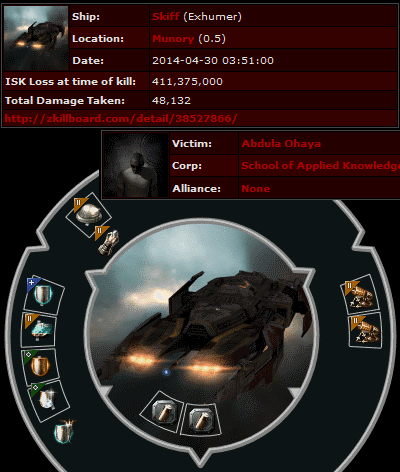 All of the extra firepower the New Order has gained lately can be put to use in new and creative ways. Consider Abdula Ohaya's 411 million isk Skiff. Why fly an expensive Skiff when you could get a Mackinaw for cheaper, with better yield and cargo? The Skiff's advantage is tank. Yet the tank--if the carebear even bothers to fit one--is completely worthless when our Agents are on the prowl, as they always are. Multiple Skiffs died this week thinking they were above the law. 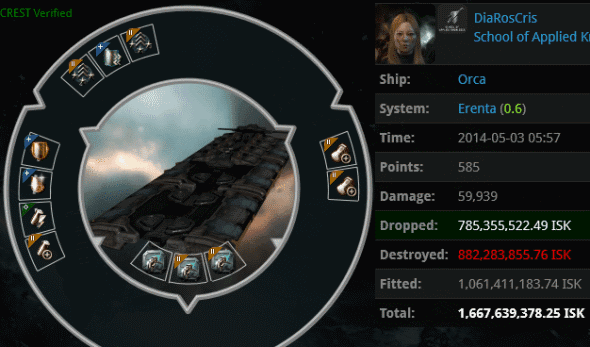 As I said, the Orcas. DiaRosCris returned to Kills of the Week with a 1.6 billion isk fail-fit Orca. As an example of the tragedy of the bot-aspirant condition, DiaRosCris is a compelling figure. One day I know she'll get her life straightened out. Until then, I fear she will continue to provide interesting reading material for killboards.