EVE is known for its "learning cliff". Since we all care deeply about new players, it is our responsibility to educate the EVE public so that they can climb the learning cliff. Some players learn from EVE University, while others put themselves through the proverbial School of Hard Knocks. But the most prolific educational institution in all EVE is the New Order of Highsec. 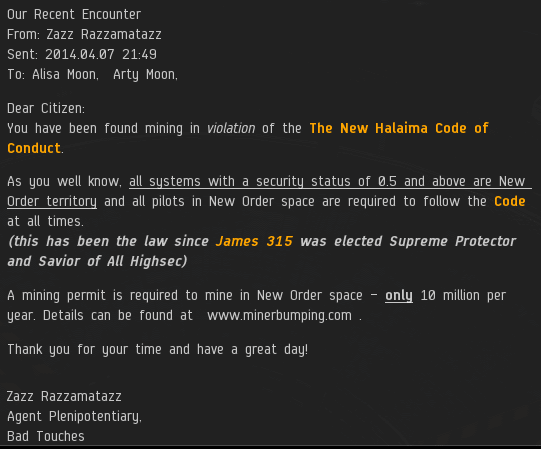 Education is one of our highest priorities. But with tens of thousands of highsec carebears to teach, there's only one way to do it efficiently: In bulk, with forms. 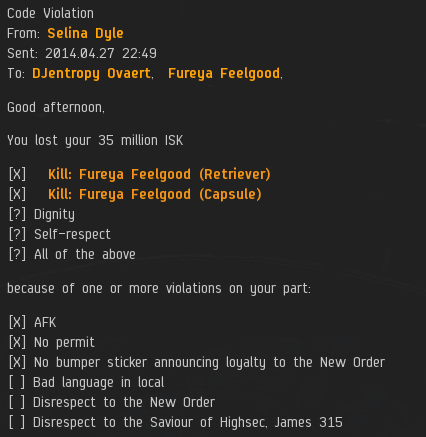 Agents of the New Order create or borrow standardized form letters that they can send to gank recipients via EVEmail. Impersonal and one-size-fits-all? Maybe. But the value of being impersonal is that you can do it with so many people. 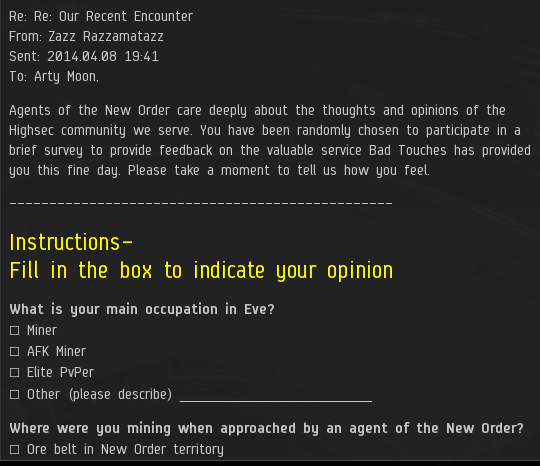 What you might not know is that it's a two-way street. Some Agents provide carebears with forms that they can fill out. This way the feedback process is also streamlined. Some of the first computers used punch-cards, so box-checking should feel natural to a bot-aspirant. 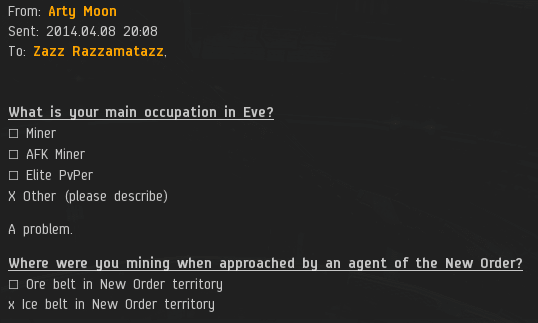 When a bot-aspirant transcends the suggested programming--even for the purpose of being disrespectful--it represents progress. An awakening. Arty Moon was the recipient of some highsec content created by Agent Zazz Razzamatazz. Arty decided to get cute with his feedback.

It was the old "ignorance of the Code" ploy. A classic carebear tactic that gets less believable with every day. 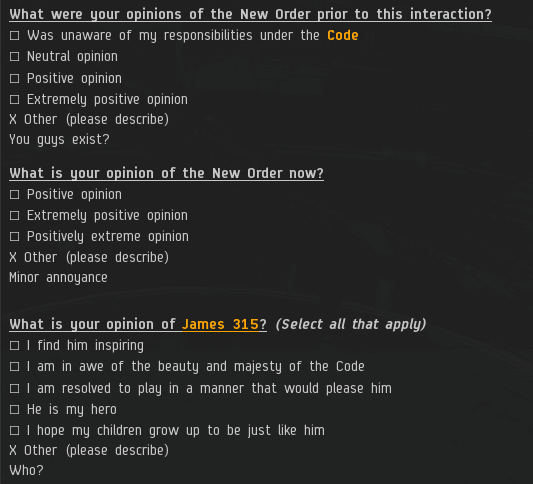 Arty even professed to be unaware of me, the Saviour of Highsec. That's a laugh. There are probably more EVE players today who don't know their own account name and password. 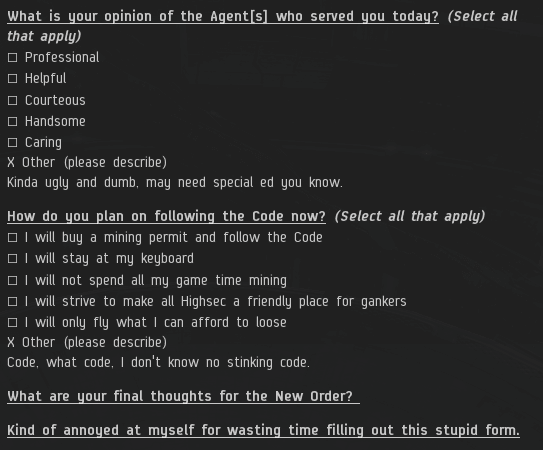 The carebear completed his feedback form and sent it in. He tried to play it cool, but I think he learned a little bit. 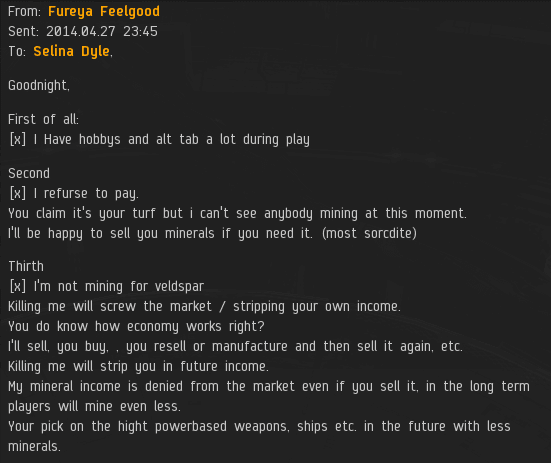 Then there are the carebears who miss the point entirely. Fureya Feelgood, also a recipient of highsec content, made up her own feedback form. Unfortunately, it was just a tearmail with check-boxes randomly supplied--along with questionable paragraph-numbering.

The New Order is all about breaking the carebears free of mindless patterns and routines, but sometimes it's best to follow the script.
Posted by MinerBumping at 19:19