You know what this is about. You know, based on past experience, that this post will highlight some of our kills from the week of May 31st @ 00:00 EVEtime through June 6th @ 23:59 EVEtime. Even a bot-aspirant can understand this. But sometimes there's a difference between grasping something on an intellectual level and really getting it. If you want to hold the nature of the carebear in your own two hands, and feel why they need to be ganked, here's a good kill for you: 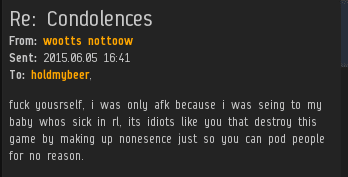 It's a scandal! The New Order is hurting the caretakers of sick babies! Right? Let's take a closer look at the fellow who was ganked... 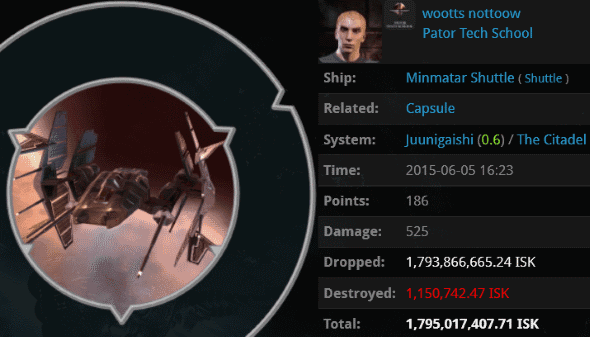 wootts nottoow had two responsibilities to handle this Friday afternoon: Taking care of his sick baby and autopiloting in a shuttle. Naturally, he thought, "Why not do both?" He went AFK to care for his child, and went AFB (Away From Baby) to care for his Minmatar Shuttle. Agent holdmybeer put a stop to one of those activities.

The truth can be painful. Our friend wootts nottoow took time from caring for a sick baby so he could haul around PLEX in a shuttle. Oh, and afterward he went AFB to write the complaint letter to our Agent who ganked him.

To be honest, the Kills of the Week post could end right here and the point would be made, but let's keep going. 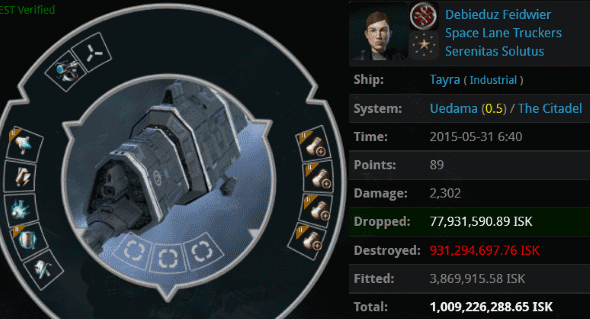 Debieduz Feidwier had a dilemma. On the one hand, she needed extra room for cargo in her already flimsy industrial ship. On the other hand, apparently Debieduz prefers to structure tank. She compromised. Agent Jason Kusion somehow managed to overwhelm the structure reps and destroy the ship.

Of the billion isk in cargo, 900 million of it was from two skillbooks. No wonder she needed all of that cargo space. 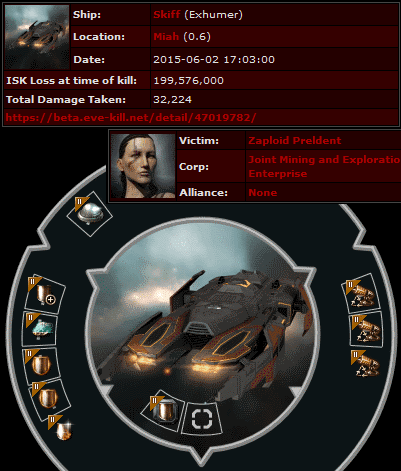 Zaploid Preldent was taunting the New Order about not needing a mining permit. She had a Skiff, and we all know Skiffs are unkillable. Agent Emelie Petra was deeply offended by the notion that the Code applies to less than 100% of highsec mining vessels. Emelie declared war against Zaploid's corporation. Here's how the war stands: 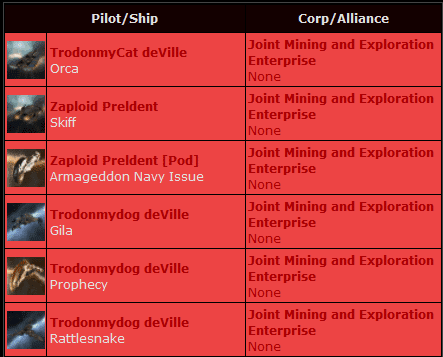 Six and a half billion isk of bot-aspirancy has been vaporized, with no losses. Someone ought to tell that Skiff pilot that only the Invincible Stabber is unkillable. 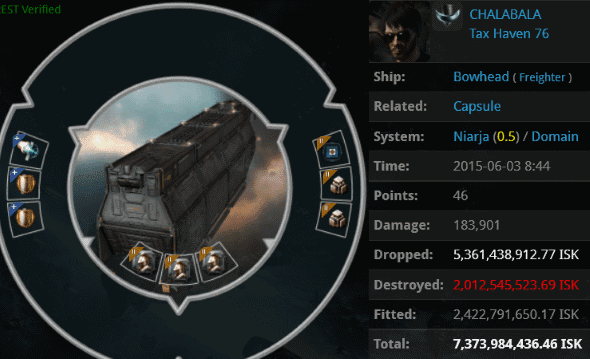 At a certain point, everyone in highsec must decide whether to put their trust in the Code, or in EHP. CHALABALA, of Tax Haven 76 corp, thought hitpoints were all he needed, so he went AFK in a Bowhead. Highsec may be a haven, but not for tax-cheating carebears. The New Order expects and demands that every industrialist pay his fair share. If they don't, they risk getting an antimatter audit. Agents Jason Kusion, 412nv Yaken, unknown boat, loyalanon, Sophia Soprano, karma balancer, reaper Shardani, BAE B BLUE, holdmybeer, and Dixon Vag added the Bowhead to the Niarja graveyard. 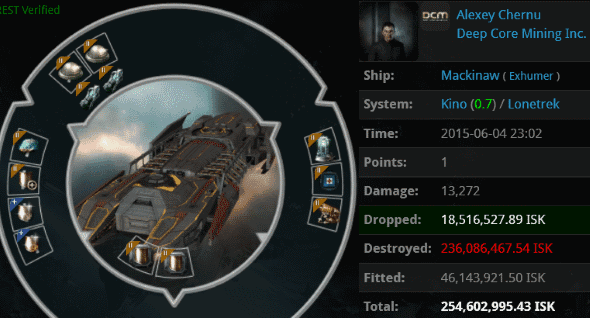 Alexey Chernu's Mackinaw isn't remarkable, but Alexey himself is. Agents Sophia Soprano, Mildron Klinker, Sasha Cohenberg, Lisa Tears, loyalanon, OogaBooga WhereDa, Steven Latrec, and Mark Eting all teamed up to get on Alexey's killmail. You need to look at Alexey's killboard to see why:

Alexey has spent the last year losing an astonishing 23 mining barges and 53 exhumers, mostly to the New Order. How many times will we gank him? As many as it takes. The pain stops when the Code's pleasure begins.


Agent ST0NER SMURF raised a storm of controversy when he popped this 11.8 billion isk pod. Based on the age of the pod owner's character, and the fact that other high-value pods from the same corp were killed in rapid succession, killboard watchers concluded that the kills were staged for the sake of stat padding. Reddit was in an uproar. It wasn't due to anti-CODEdot bias in this case; it was actually about ethics in killboard statistics. 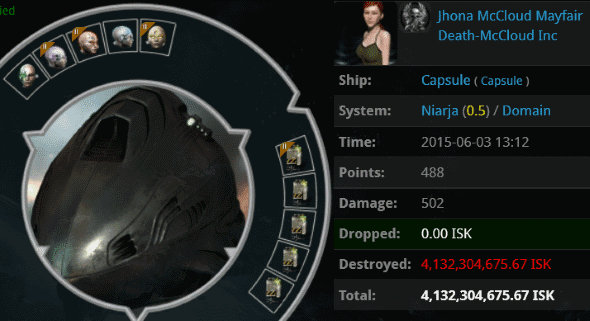 Agent ST0NER SMURF responded to all of the clamor in exactly the way you'd expect from a New Order Agent--he went right on killing Code violators. Jhona McCloud Mayfair lost 4.1 billion isk worth of implants. That's even worse than a downvote.
Posted by MinerBumping at 21:41