So much happened in Uedama in the past few weeks that even the Kills of the Week posts were not sufficient to cover it all. Some of the action occurred on the forums, where recipients of ganks like this one resulted in tear threads... 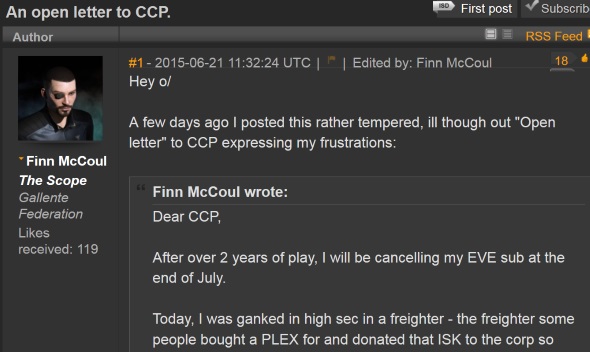 One EVE-O thread, "An open letter to CCP", ran for 23 pages before it was locked at the rest of the OP, Finn McCoul.

To give you some idea of how many fireworks were packed into the Uedama area, I refer you to the statistics gathered by GoonSwarm's Ministry of Love. They were kind enough to include a separate section for the "Unrest in Uedama" event. The runtime of the event was defined as 5 days starting from June 18th and ending at 00:00 EVEtime on June 23rd.

Incredibly, the New Order killed 84 freighters, 5 jump freighters, and 16 Orcas, for a total of 335 billion isk. All in five days. Since Uedama has been burning throughout the month, you can rest assured that much justice was done in that system. 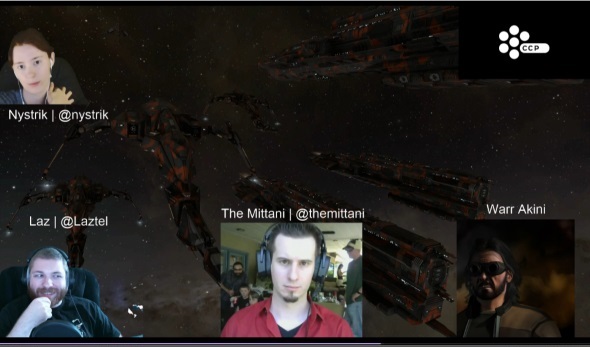 During Burn Amarr, TheMittani.com did some coverage through its Twitch stream. At the timestamp, the Ministry of Love's Warr Akini gives a well-deserved shout-out to CODE. Afterward, The Mittani speaks eloquently about the nature of the highsec carebears who are so disconnected from EVE's community on a day-to-day basis.

But that's not why you're reading this post. You want to see some freighters pop. Very well. Submitted for your approval, ten minutes of wild freighter ganking action you won't see anywhere else, courtesy of loyalanon. The video speaks for itself, just as the carebears cry for themselves.

Permanent links to all New Order artwork may be found on the Links page.
Posted by MinerBumping at 17:50