The New Order has earned a unique place in video game history. There has never been an entity quite like us. The isk grinding of the carebears is forgotten almost as soon as it happens, but a thousand years from now, people will still be talking about the New Order of Highsec. In this way, our Agents achieve a kind of immortality. Their accomplishments blaze a trail, providing an example to all who engage in sandbox games. Consider, for a moment, Agent Liek DarZ. One look at his killboard stats and you know he's an elite PvP'er. You think your pods are safe? They're not.

A second look at his killboard stats, and your respect for the man only grows further. As of this writing: 404 exhumers and 1,030 mining barges terminated. Probably all of them were surprised. 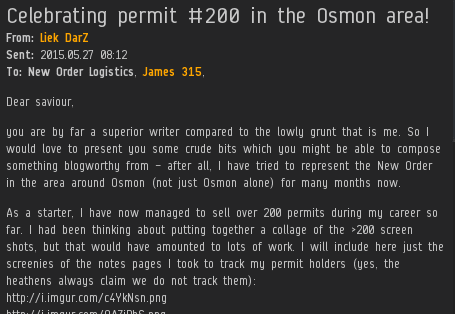 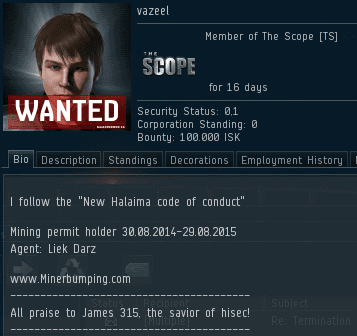 Liek DarZ loves to sell mining permits. He decided to create a photo record of them for posterity. 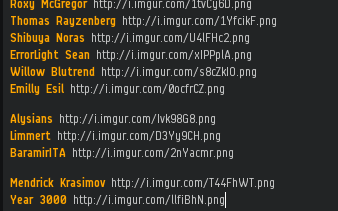 Our Agent soon realized that he'd sold so many permits that an album of all the photos would be quite difficult to compile. He began taking screenshots of the list of screenshots, instead. Meta-screenshots, if you will. 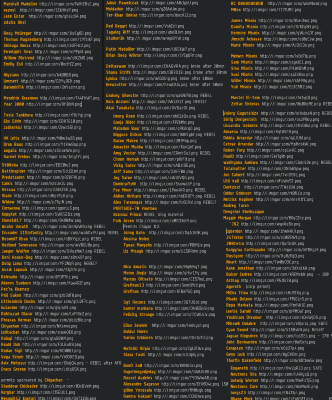 On and on and on the list goes. This offers a visualization of just some of the permits sold by a single Agent of the New Order. 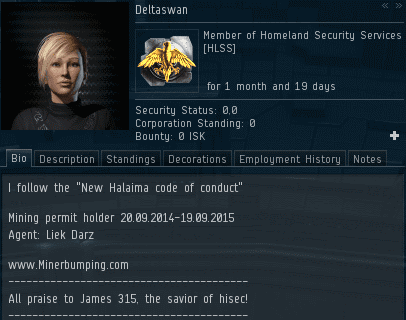 Liek DarZ snapped a photo each time a miner was rescued. But did all of the miners stay on the straight and narrow, or did some of them stray?

As we tell the carebears, we're not only interested in your 10 million isk. It's your compliance that we're really after. Liek kept a close eye on his flock. Can you believe that some miners forfeited their permits after only 30 minutes? That's like ordering a pizza and throwing it into the garbage before you take a bite. Miners can be so weird. 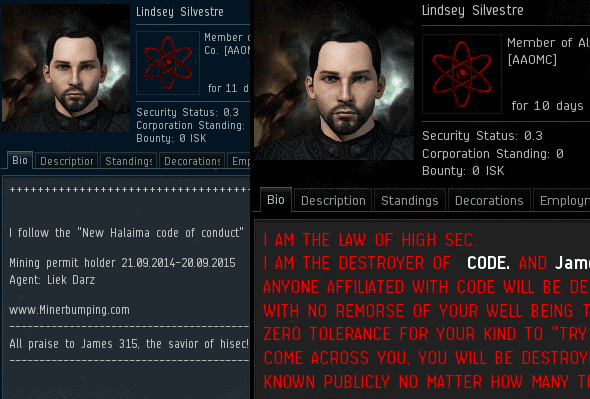 As recounted in MinerBumping posts such as this one, we occasionally get permit owners who commit treason. On the other hand, we also see hardened rebels who eventually give in and buy a permit. The traitors, then, are simply miners who must buy a permit more than once. 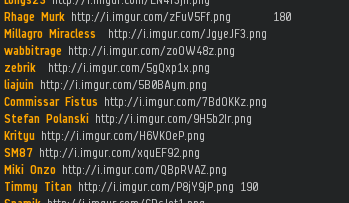 The list of Liek's customers grew. To assist him in keeping a tally, Liek began marking every tenth permit. 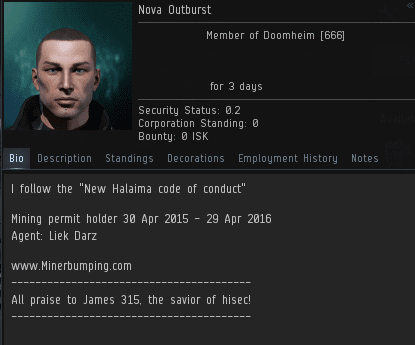 At last, Liek DarZ reached a tremendous milestone: 200 permits sold. The two hundredth permit owner, Nova Outburst, apparently couldn't handle the pressures of legacy; it wasn't long before he biomassed himself. No matter, there are always more miners in need of permits.

And so Liek sold 2 billion isk worth of mining permits. It's an impressive number of miners to bring into the fold. Other Agents have roped in their fair share of miners, too. As for me, I kept a careful count at first, but I stopped keeping track long ago--after I sold my 534th mining permit. It is enough to know that thousands of miners throughout highsec have purchased permits. In time, they all will... Unless they biomass first, of course.
Posted by MinerBumping at 01:41