The EVE Online community is buzzing about the New Order's successful campaigns in Uedama over the last couple weeks. But did the carebears--and I'm speaking about haulers especially--learn their lesson? Time to find out. Below, an examination of the week of June 21st @ 00:00 EVEtime through June 27th @ 23:59 EVEtime. 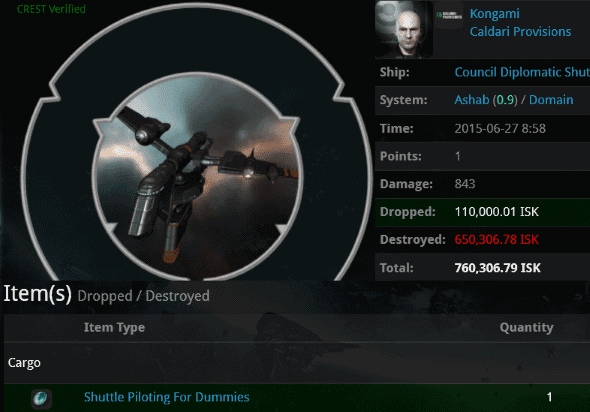 We begin with Kongami's Council Diplomatic Shuttle, which was ganked by Agent Aaaarrgg. The shuttle's sole cargo was a copy of "Shuttle Piloting For Dummies". Kongami shuttled it, but he didn't read it. And he wasn't alone in needing to hit this particular book. Contrary to Grit Diaspora's belief, using shuttles as haulers is not the way of the future. He had over 2 billion isk of blueprints in his shuttle. He probably assumed that the New Order is only interested in ganking big freighters and Orcas, and that a shuttle can fly under the radar. Not so. We have Agents who specialize in popping shuttles and even autopiloting pods. Agent PV Rock is among them. No Code violator is too small to be punished. The New Order sees all.

yah well you can stick your "new order blah blah blah up your ass you ineffectual high sec camping pussy.grow some balls nad move to nul like the big boys...moron.

I don't think "ineffectual" means what he thinks it means.

When you've lost a PLEX shuttle like Juno1 has, what do you do? If you're a Gallant, you won't find yourself in this situation. If, once in this situation, you experience an epiphany and wish to become a Gallant, you offer a "gf" in local. If you're a Goofus, on the other hand, you'll do whatever it takes to try to guilt someone into giving you a reimbursement. You might send Agent PV Rock an EVEmail like this one:

Yes, this is a thing in EVE that people do.

Since the New Order has destroyed his favorite play style, Juno1 no longer saw any value in continuing to play the game. If you can't haul PLEX in a shuttle, what's left to do in EVE? 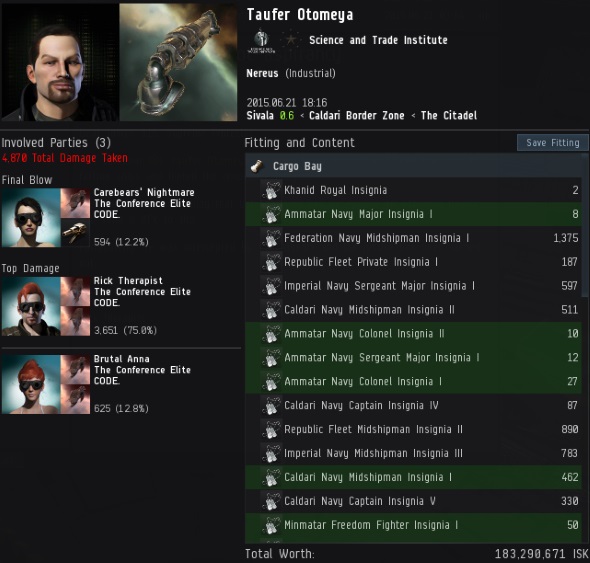 Taufer Otomeya killed more than 10,000 low-level NPC faction ships. According to our Agents' report, Taufer "did the only thing that bot-aspirants can do: loaded an untanked hauler and send it AFK to Jita." Not so fast! Agents Rick Therapist, Brutal Anna, and Carebears' Nightmare were waiting for Taufer. Time to collect more tags--or better yet, change careers. 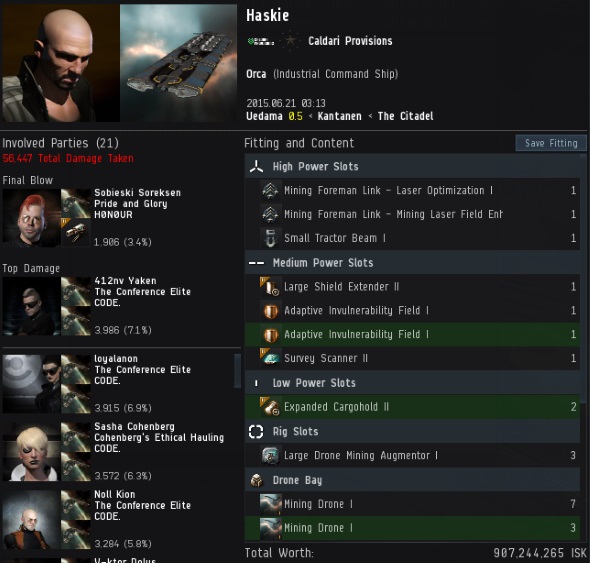 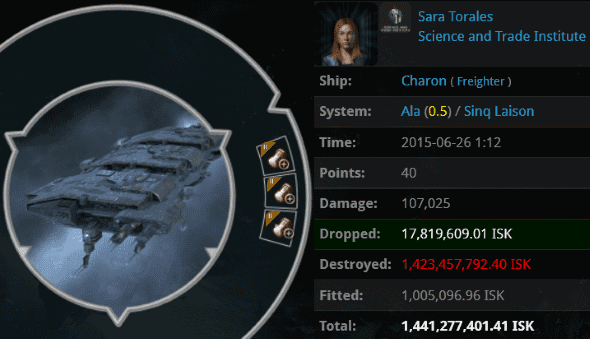 On the other end of the spectrum, Sara Torales was killed by a very small, very concentrated gang: 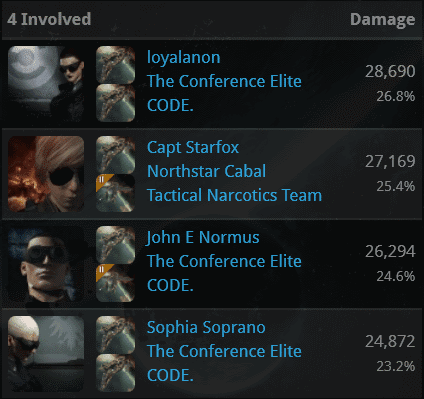 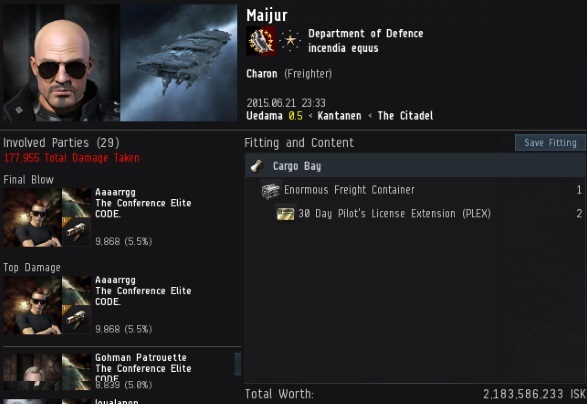 
We mustn't forget the miners! Agent Nicolas Dupre spotted a miner with some expensive faction mining drones--each worth 350 million isk.

The miner was operating in a 0.9 system, but no matter. Nicolas brought a Talos.

The miner's wreck, along with all of his mining drones, was looted. Modules from the Talos were also recovered. But what about the pod? Nicolas' Talos didn't pop it, but remember the pod specialists I was talking about earlier? 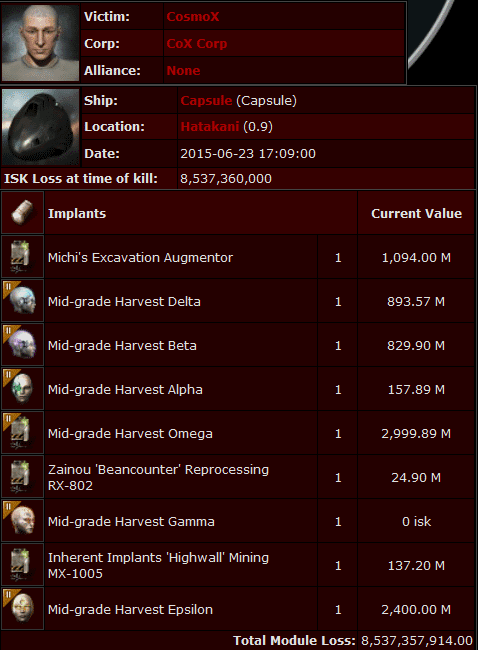 Agent PV Rock was called in to finish off CosmoX's Capsule. Including zKillboard's estimated 250 million isk value for the Harvest Gamma drone, CosmoX lost a pod worth roughly 8.75 billion isk. Imagine spending that much money on mining equipment--and then mining in a 0.9 system! He must have assumed it was 100% safe to mine there. Maybe it was, once. Not anymore. Highsec is growing up.
Posted by MinerBumping at 21:15