EVE has a long history of faux James 315s. We last reviewed the rogues gallery of impostors two years ago.

Some were mere references... 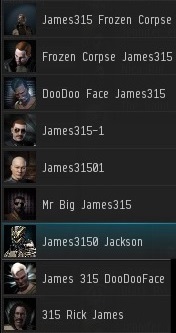 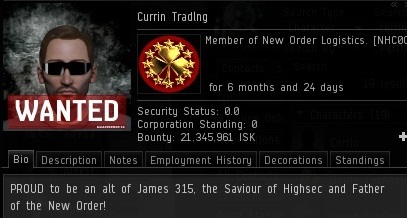 And there were those, like this impersonator of Currin Trading, that had a lot of effort put into them--even creating fake New Order corps. Some of those listed above have since been deleted for inactivity. 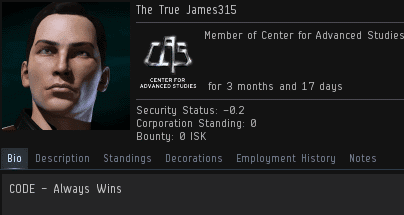 ...But new ones have popped up in their place.

What is their purpose? Only their creators know for certain. 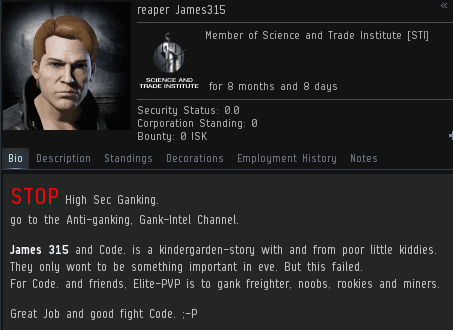 On the other hand, the occasional impostor exists as a platform for broadcasting the rebel message. 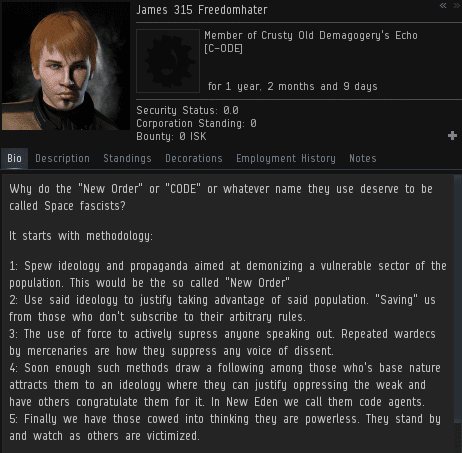 If the rebel message were worthwhile, however, they wouldn't need to rely on my great fame. Clearly, rebels cannot compete in the marketplace of ideas. The Code retains its monopoly there. 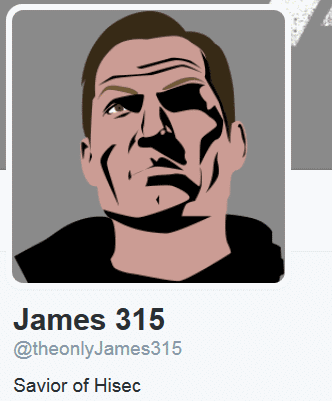 What's this? The false James 315s have made their way to social media. Appearances to the contrary, this Twitter account, @theonlyJames315, is not the James 315 you're looking for.

It even includes an "ALWAYS" logo which bears a resemblance to the one used in CODE.'s alliance logo submission.

To make the illusion even more convincing, this false James 315 tweets things you might expect to hear from me.

For what reason was this Twitter account created? Is it an Anti-Ganker playing the long con? The pet project of a rogue Agent? Has the Code become sentient, no longer content to spread its message through human vessels? We may never know.
Posted by MinerBumping at 00:41