In the most recent Kills of the Week post, we commemorated the newly eliminated hyperdunking mechanic. Two of Agent Ben Li's finest hyperdunks were featured. Hyperdunking is gone, but there's one thing you should always remember when it comes to the New Order's Agents... 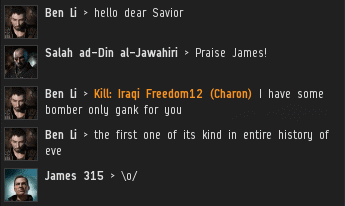 You can never keep a good Agent down. 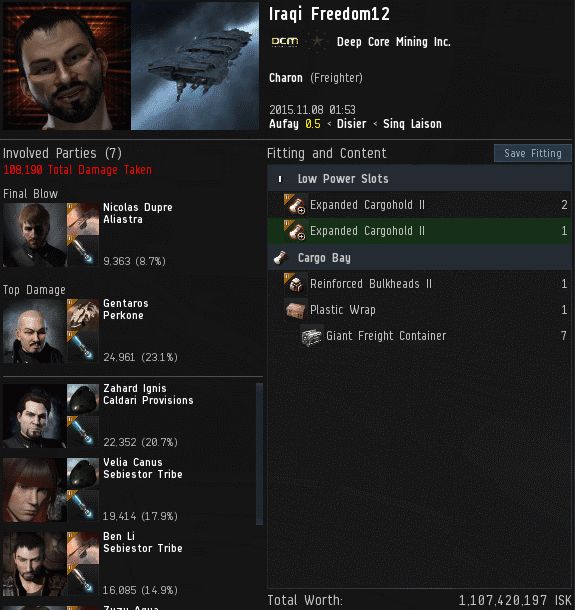 Iraqi Freedom12 fell victim to the latest evolution of ganking. We've seen stealth bombers used to suicide gank freighters before, of course. Ben Li was a master at using them to hyperdunk. 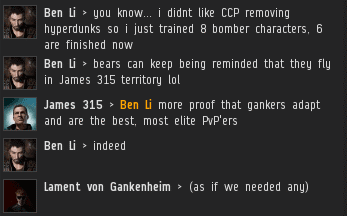 Now Ben Li has created a bunch of his own new stealth bomber alts to replace the hyperdunking element. Death finds a way.

Foresight is another advantage possessed by the New Order. We innovate. We create content. By contrast, bot-aspirants perform the same routine--usually AFK--over and over, and they beg CCP to return things to the status quo whenever new content emerges. 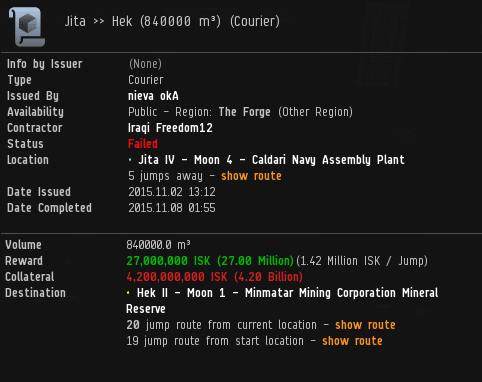 Now the freighter pilot had an opportunity to see the light. 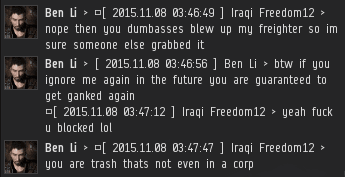 Unfortunately, local chat suggests that Iraqi Freedom12 didn't quite get the message.

Carebears willingly blind themselves to reality whenever possible.

One service of many provided by the New Order: Our Agents serve as highsec karma distributors. 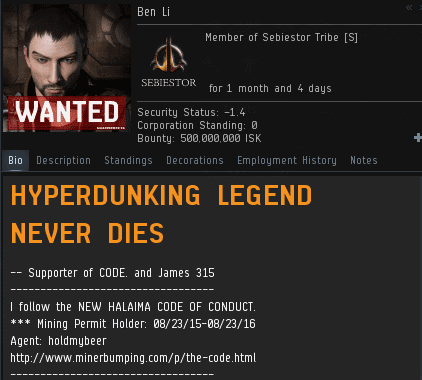 They may nerf our ganks, our wardecs, our aggression gaming, our awoxing, our bumping. But they'll never take our Code.
Posted by MinerBumping at 19:17