You know, the New Order has devoted a lot of resources to improving highsec and enforcing its laws. Highsec is our home; we care about what goes on there. And when you spend as much time in highsec as we have, you get to know the place pretty well. As an Agent of the New Order, one of the first things you learn about highsec is that there are a lot of bad highsec corporations.

Most of them are the familiar breed of lazy, do-everything-or-nothing corporations. 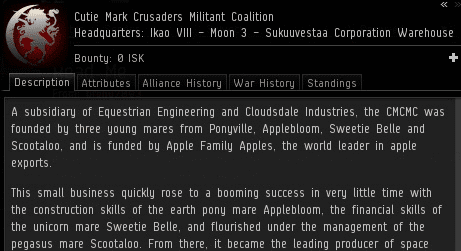 Others are frivolous, and full of nothing but nonsense. 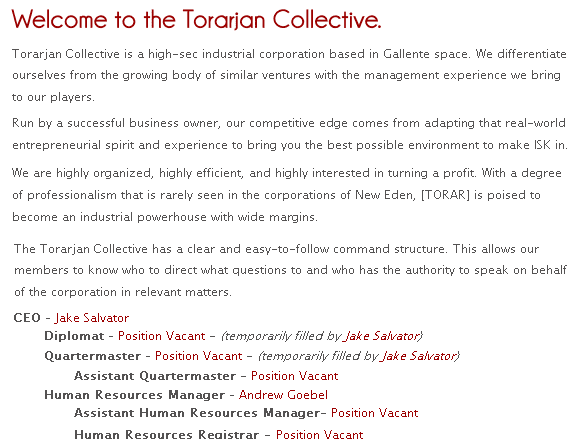 A high percentage exist only to fuel unjustifiably inflated egos. 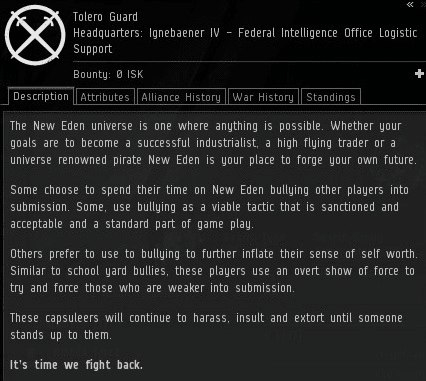 And then, of course, there are the rebel corps who vow to destroy the New Order, only to fold within a few days.

Most dangerous of all are the corps run by highsec villains like TDD Dominaters. They're truly nasty places. They're designed to exploit new players.

...The abuse is limited only by the CEO's imagination.

Sadly, the worst CEOs tend to create new corporations over and over, no matter how many times their wicked enterprises are destroyed. After you've seen enough of them, you get the impression that belonging to a highsec carebear corp is nothing more than a thinly disguised excuse to indulge in masochism... 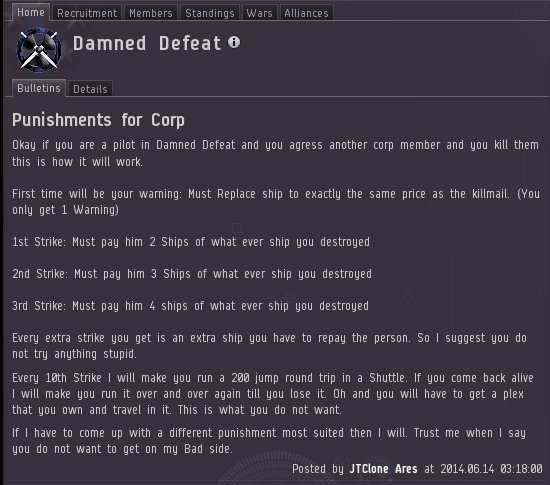 Sometimes it's not even disguised. But as bad as the carebear CEOs get, the unfortunate truth is...

...They can always get worse. 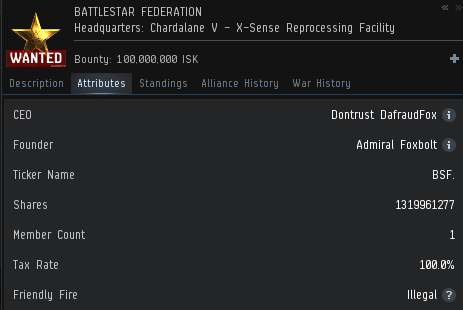 Admiral Foxbolt, CEO of BATTLESTAR FEDERATION corp, gained notoriety earlier this year when one of his corp members alerted Reddit about Foxbolt's plan to earn real money in exchange for his highly valued corp leadership skills. The EVE subreddit was outraged. The whistleblower's post was almost 100% upvoted. Foxbolt's days as CEO of BATTLESTAR FEDERATION were numbered. 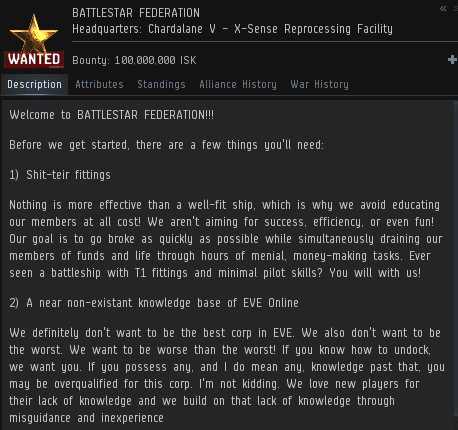 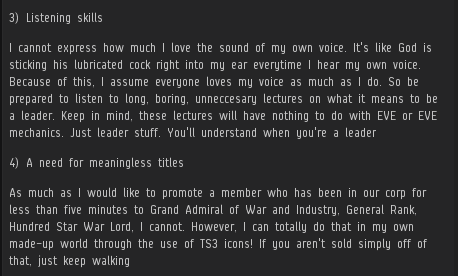 The indictment of Admiral Foxbolt rings true. The same could be written about any number of carebear CEOs we've encountered. 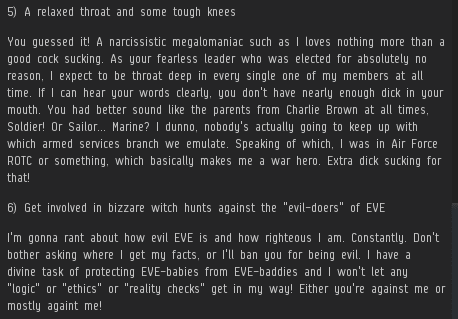 As we approach the end of the list of Foxbolt's crimes, we see some sinister foreshadowing. Foxbolt was an enemy of emergent gameplay and elite PvP. 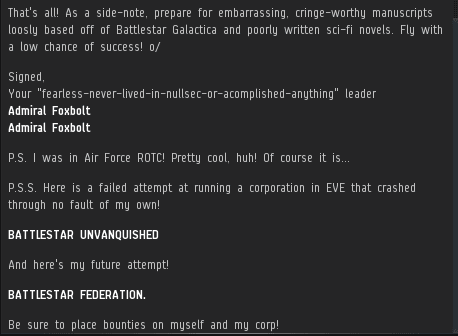 One might hope that the thoroughly discredited Foxbolt would retire from his misguided attempts at corp leadership. His corporation had been destroyed, after all. 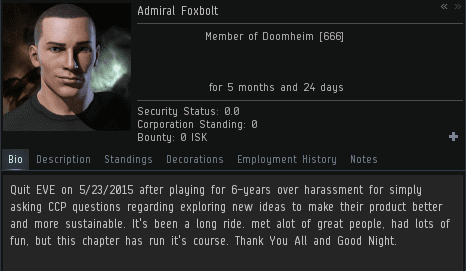 Highsec could breathe a sigh of relief. Admiral Foxbolt biomassed his character. He was done with EVE. 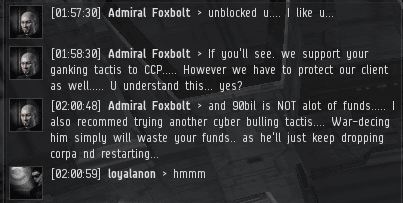 To be continued...
Posted by MinerBumping at 16:28