Let's talk about things we know, and things we don't know, about the New Order. Does the New Order "collect tears"? That's sort of a gray area--does a rock star "collect" fan mail? Now let's talk about the things we can know about the New Order for certain. The New Order is elite, does elite PvP, and is filled with elite PvP'ers. That's not opinion or conjecture; it's the objective truth. EVE's foremost number cruncher, Gevlon Goblin, released his statistical analysis of the 2014 EVE kill data. After adjusting for kill-assist inflation, he determined that the corporation that inflicted more damage than any other in EVE in 2014 was...

The Conference Elite, led by highsec's favorite fleet commander, Agent loyalanon! As of 2014, The Conference Elite had about 80 pilots. It out-killed every corporation in the game, including corps with thousands of players. Thus, the objective truth--as revealed to us through API-verified, empirical evidence--is that the CODE always wins. The Anti-Gankers, dedicated to preventing the New Order from getting any kills, were not mentioned in Gevlon's report. However, surely the statistics confirm that they are non-stop failing daily. 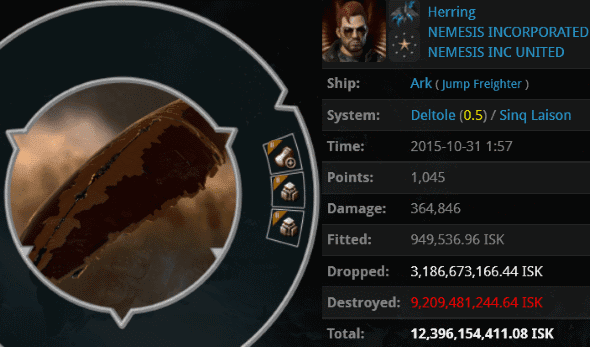 KILLMAIL
Herring's jump freighter dropped by New Order territory for a little pop-in. He probably breathed a sigh of relief once he arrived in highsec, as he assumed it's 100% safe. If so, Herring made a 12.3 billion isk mistake. 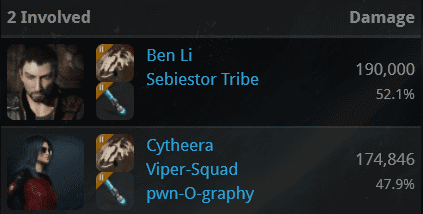 Only two Agents, Ben Li and Cytheera, were needed to perform the task of bringing down the jump freighter. Hyperdunking lives! 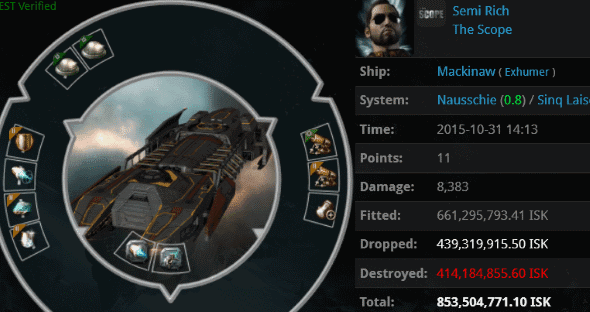 KILLMAIL
Semi Rich chose to spend his money on one of the most puzzling Mackinaw fits I've seen since... well, at least since last week. The cautious miner began chewing away at the asteroid belts in a 0.8 security system. He had no idea that his fit was attracting unwanted attention. Eventually, Agents Lament von Gankenheim and Thane Artrald brought a pair of Tornadoes into the belt and popped him faster than you can say "Trick or treat!" The peanut gallery celebrated:

If Semi Rich's introduction into the world of PvP didn't help retain him, at least he provided a few of Floppie's corpmates a reason to continue playing. 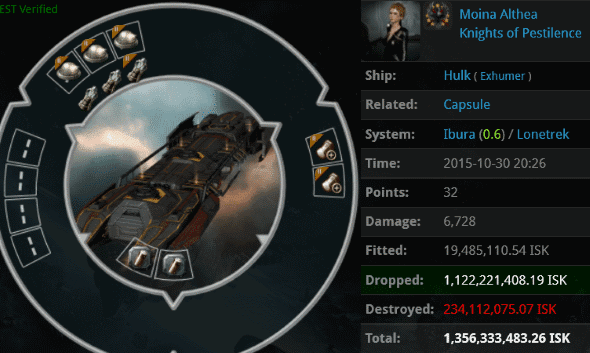 KILLMAIL
Just when you thought things couldn't get worse, Moina Althea undocked in her cargo-fit and questionably rigged Hulk. Agents melik shah, Captain BiGGiE, and Limon rode to the rescue, costing Moina 1.3 billion isk due to the Hulk's exotic cargo. Perhaps, dear reader, you assume that Moina was carrying a PLEX. No, she was much too smart for that.

She "equipped" her Michi's Excavation Augmentor by putting it into her cargo bay. Just as well. It's a Code violation to carry those things around highsec, whether in your ship or your pod. 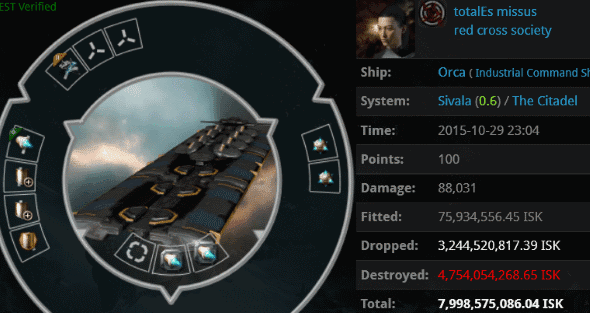 KILLMAIL
The fish are getting fatter these days. totalEs missus heard about terrible things happening to freighters in The Citadel region, so she hauled her cargo in an Orca instead. Weighing in at a hefty 8 billion isk, her Orca was among the most bloated we've witnessed. A gank fleet was quickly assembled, determined not to let totalEs missus' ship be the one that got away. Agents Gorila Vengaza, Cytheera, MaDKnT, Zula Terra, Pod-Goo RepoWoman, loyalanon, holdmybeer, BAE B BLUE, Yabba Dabba Do, Aaaarrgg, AeleDeux, Samuel the Terrible, BAE B PEW, and Felis Belli hooked the prize and all the Gallants rejoiced. 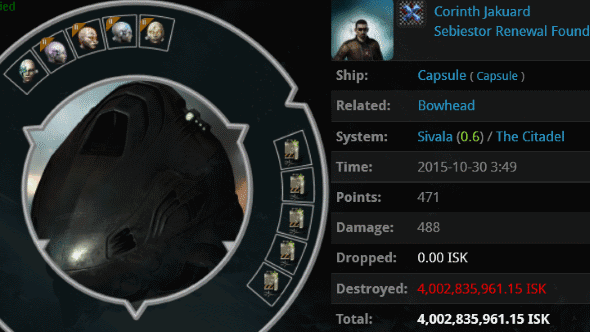 KILLMAIL
EVE is a special game: Corinth Jackuard was able to lose 4 billion isk in a single instant when his decadent pod was incinerated by Agent Jason Kusion. That's a hefty loss for a single player, considering EVE news publications post breathless articles about fleet battles in which several times as much damage is inflicted--by hundreds of pilots.

Unfortunately for Corinth, that wasn't all he lost. The pod was only revealed once his 11.7 billion isk Bowhead was destroyed. With such losses, one might be inclined to compare Corinth to arch-carebear X-FEANOR. Not so fast! X-FEANOR continues to be EVE's most reliable isk piñata. He suffered yet another 10.1 billion isk freighter loss this week. And who knows what he has planned for November?
Posted by MinerBumping at 21:28