Suppose your friend owes you money and he splurges on some frivolous and expensive purchase instead of paying you back. Not a good situation. That's how our Agents feel when they see a carebear flashing bling in highsec when he still owes 10 million isk for a permit! With your sense of right and wrong newly refreshed, review the kills of these decadent carebears from the week of November 22nd @ 00:00 EVEtime through November 28th @ 23:59 EVEtime. 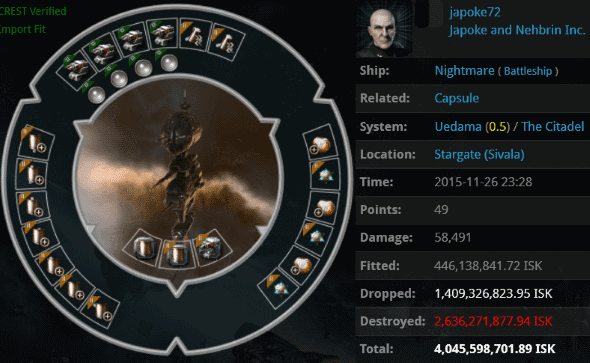 KILLMAIL
There are a lot of ways to haul faction gear through Uedama. japoke72 was too clever to use a freighter. He opted for an exceedingly fail-fit faction battleship. Our Agents love to shoot ships that can shoot back, so they thought they would have a go at PvP'ing this battleship. Unfortunately, it was AFK. Agents Sasha Cohenberg, BAE B BLUE, Aaaarrgg, Yabba Dabba Do, Zappi, Sophia Soprano, loyalanon, Talon Calais, Pod-Goo RepoWoman, Zapper, BAE B PEW, KBKspawnwrath666, Nuclear Fusion Caution, Nelli Alariel, Pod-Goo Repairman, Schizz Popinov, and SynthiaGreey enjoyed PvP'ing with him anyway. To the carebear's 4 billion isk Nightmare loss, they generously added half a billion isk in implants. 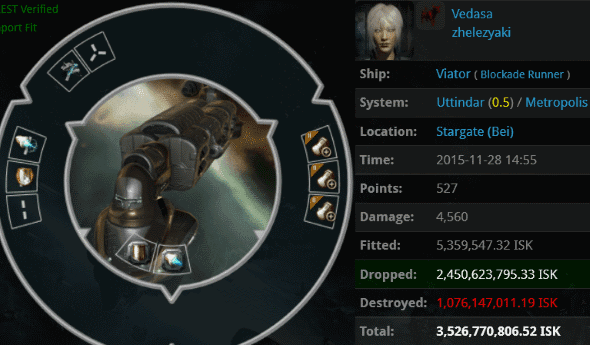 KILLMAIL
Among the more cautious haulers, cloaky blockade runners are all the rage. Vedasa had 3.5 billion isk of cargo to move, so she bought a Viator. Unfortunately, she was too lazy to fit it with a covert ops cloak, opting for a prototype cloak instead. That might sound like a terrible mistake, but you needn't worry about Vedasa: She was on autopilot and unable to activate her cloak anyway. Agent Tisiphone Dira put an end to her adventure. 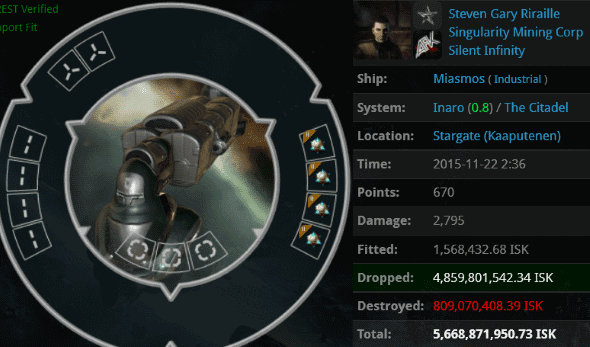 KILLMAIL
I've heard it said that wars in EVE are all about inertia, but this is ridiculous. Steven Gary Riraille had over five and a half billion isk in compressed ore. Fate brought him to the Inaro system, which has acted like some sort of Bermuda Triangle of bot-aspirancy these days. Agent HotShotX Warcastle had no trouble piercing the industrial's less-than-robust defenses. 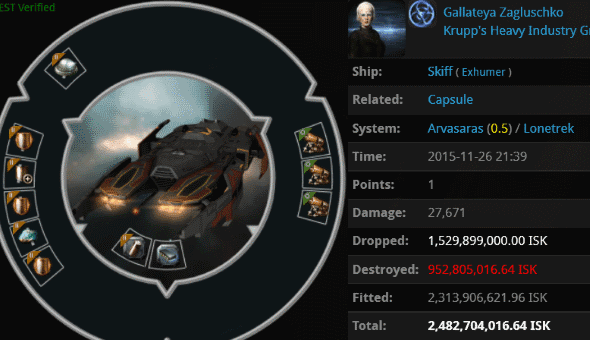 KILLMAIL
There's always someone who wants to test the theory that our Agents can't bring down a Skiff. Gallateya Zagluschko fit his Skiff so that it boasted far more hitpoints than most other mining vessels. Yet he, like so many bot-aspirants, couldn't resist using his lowslots for yield instead of tank. In hindsight, equipping billions of isk worth of ice harvesting upgrades was probably a mistake. Agents Aaaarrgg, Zappi, Zula Terra, loyalanon, Talon Calais, Sophia Soprano, BAE B BLUE, Pod-Goo Repairman, Pod-Goo RepoWoman, BAE B PEW, and Zapper offered the miner some timely and pointed advice. They also popped the his 2 billion isk pod. 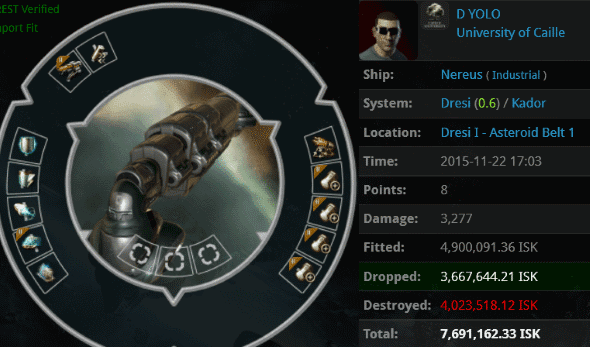 KILLMAIL
D YOLO's philosophy: You Only Live Once. If so, why would someone jeopardize his life by taking unnecessary risks? For example, neglecting to buy a mining permit? Agent Street Urchin of Proper Mining Etiquette corp destroyed D YOLO's grotesque mining industrial. Unlike the other ships we've seen today, it wasn't expensive. On the other hand, can you put a price on dignity? 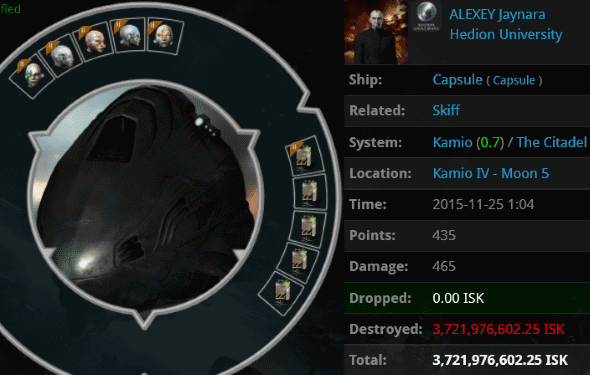 KILLMAIL
Just when you thought the highsec carebears might be exercising more restraint in their implant purchases, ALEXEY Jaynara contributed the Pod of the Week. His 3.7 billion isk crystal set and miscellaneous hardwirings were dissolved in a bath of antimatter, courtesy of Agent BAE B BLUE. ALEXEY, too, was caught flying an unlicensed Skiff.

By all means, miners, tank your ships. It's required. But don't forget your permit tank. Without it, the rest of your defenses are only for show.
Posted by MinerBumping at 22:30