Bot-aspirant miners, though outwardly disgusting, are full of potential. When they're removed from their mining vessels, you never know exactly what you're going to find. 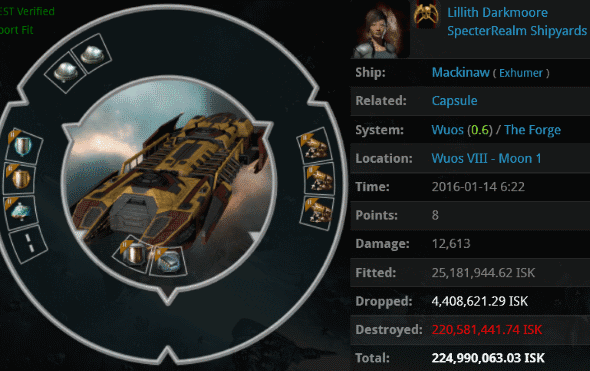 Lillith Darkmoore ended up on the receiving end of some unexpected PvP. She thought she could steal ice from the Wuos system and get away with it. But Agents Liek DarZ and Plasma Death were too elite to be denied their quarry. Now it was time for Lillith to escape with her pod. Alas, she was AFK. 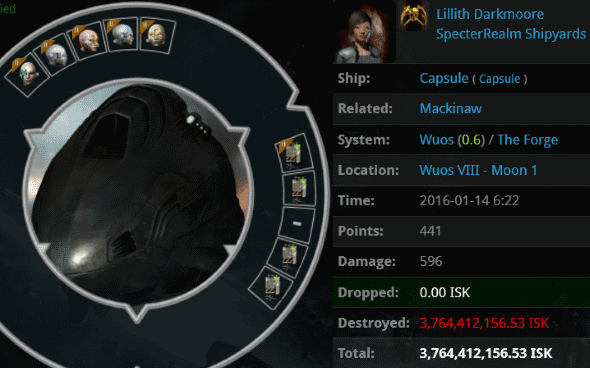 Did we just walk into a Kills of the Week post by mistake? 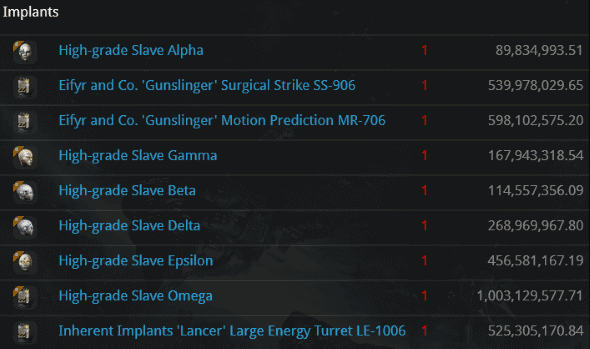 Lillith's loss was staggering. On the other hand, these implants were "lost" from the moment they were purchased. Who needs any of this stuff for highsec ice mining?

A few minutes later, Lillith returned to her keyboard to begin chatting with Liek privately. Lillith told Liek that he'd made a mistake. Probably not as big as her own 4 billion isk mistake from a few minutes earlier, but hey, there's room for improvement in all of us.

If only our Agents had access to alternate timelines to put all of these "I was going to pay, but now I won't" people to the test. Even without the aid of a time machine, I think we can safely say that if Liek had convo'ed Lillith beforehand, she wasn't going to buy a permit.

Appearances can be deceiving. It's not only valuable implants that miners hide. On the surface, Lillith looked like every other highsec ice miner. In reality, she was some big shot in nullsec. She had little use for highsec and its newbies (except when mining there like a newbie).

Among the hardcore Miner Bingo enthusiasts, it's the rare variants of Miner Bingo quotes which are especially prized. Here we have an example of "I know big boys in nullsec." A priceless specimen.

Lillith was on the verge of shedding even more tears. But what happens if such a thing is about to occur right when an Agent needs to go AFK to be awesome offline?

...Another Agent of the New Order is called in to pick up where the first one left off. The illustrious Agent 412nv Yaken was authorized to fully reimburse Lillith's losses. Maybe he didn't need to reimburse her; maybe she was only pretending to be a dangerous enemy instead of a random AFK miner. It was 412nv Yaken's job to determine whether giving Lillith 4 billion isk was the only way to avoid all-out war between the New Order and the null big boys. 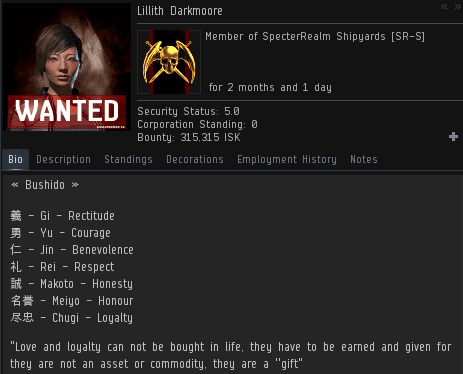 What followed was a thrilling game of cat and mouse as our Agent sought the truth. This epic battle of wits was also a clash of cultures, taking place at the intersection of two influential EVE ideologies. Lillith Darkmoore perfectly represented the Bushido philosophy. 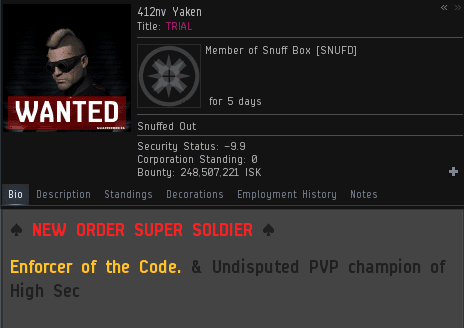 ...While 412nv Yaken was a living, breathing representation of the Code. Who would win? Which way of life would prove superior?