As many of you know, CCP recently gave a 50% bonus to hull EHP to every ship in the game. CCP Fozzie explained that this change (in addition to playing a role in the rebalance of Damage Control units) was intended as a nerf to freighter ganking. Was this the end of the New Order?

Within days, carebears were whining about too many freighter ganks and encouraging CCP to nerf freighter ganking. Such is bot-aspirancy.

Speaking of which, let us see how the bot-aspirants fared during the week of March 20th @ 00:00 EVEtime through March 26th @ 23:59 EVEtime. Probably not very well, but it never hurts to double-check. 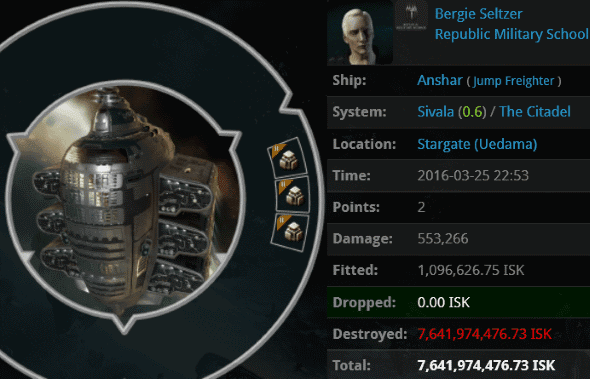 KILLMAIL
Jump freighters, of course, got the biggest hitpoint boost. Bergie Seltzer's Anshar was triple-bulkheaded, bringing his ship to 553,000 hitpoints before resistances. But it was no match for the New Order and its epic fleet of 60 gankers, including Taloses, stealth bombers, and plenty of Catalysts. 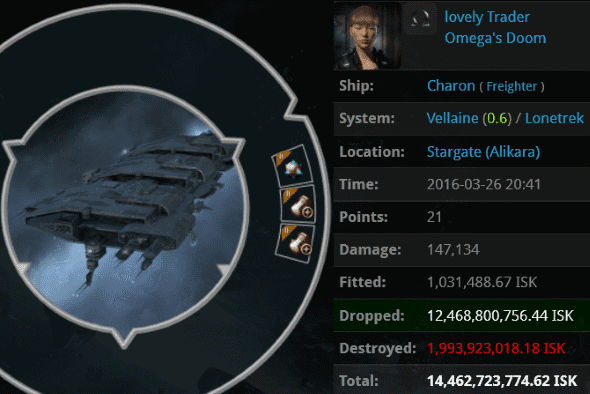 ...And guess whose alt that freighter belonged to?

Yes, it was our old pal, X-FEANOR. According to his own calculations, he's lost over 177 billion isk to suicide ganking. He still won't spare 10 million isk for a permit.

X-FEANOR started talking about drugs, prostitution, and arms trading, but that sort of conversation belongs in the Anti-Ganking channel. 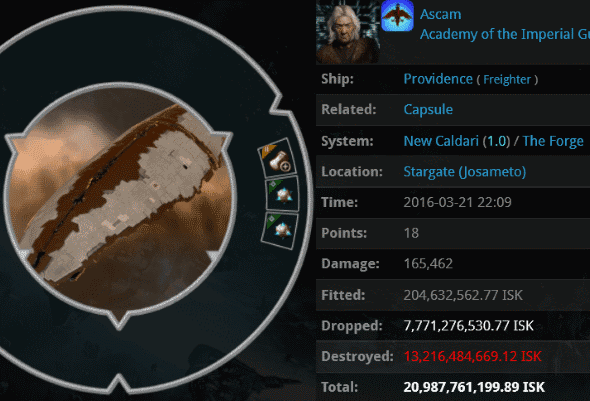 KILLMAIL
The New Order has brought the light of the Code to highsec, even the 1.0 security systems. Ascam managed to lose nearly 21 billion isk when his freighter came under fire from yet another oversized gank fleet:

This particular freighter was incredibly expensive, but the gank was special for another reason. I'll keep that reason a secret until tomorrow's post. 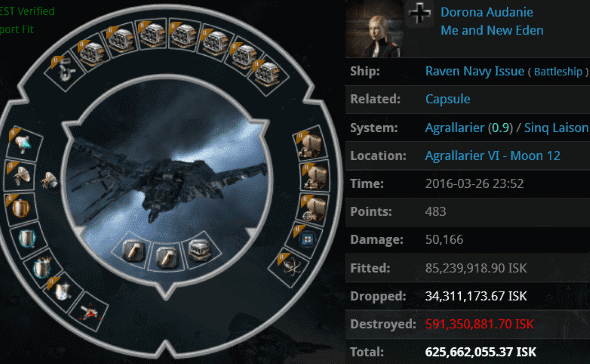 KILLMAIL
The New Order loves its suicide ganks. We also take full advantage of all other means by which elite PvP can be accomplished in highsec. Dorona Audanie felt herself fully equipped for battle in her 620 million isk faction battleship. She didn't shy away from a fight with Agent Big Gradner Painhaus. Not for one moment.

But the CODE always wins. Always--even when flying Enyos. Dorona was deeply disturbed by her loss. As the battle went against her, Dorona rage-quit. However, she was apparently unaware that her pod remained in space. Our hero probed down the pod and inflicted another 2.4 billion isk loss. The mission-runner's pod contained an illegal Michi's Excavation Augmentor, naturally. 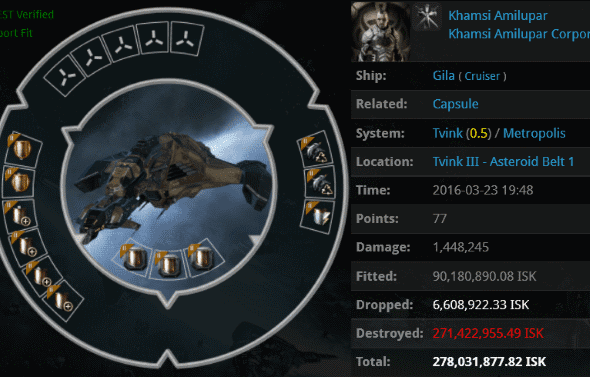 KILLMAIL
Khamsi Amilupar and a friend were caught running a complex without a New Order permit. Amusingly, their Gilas were mostly AFK, content to let their drones wipe out the infinitely spawning NPCs while their shields ran an impressive tank. The PvE practically performed itself. This level of bot-aspirancy outraged Agent PV Rock, who vowed to bring the lawbreakers to justice. 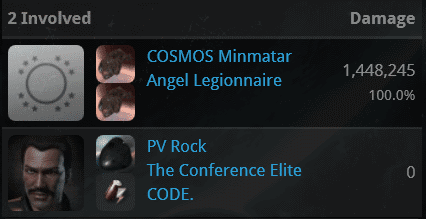 Sometimes a little energy neutralization goes a long way. The other Gila was also destroyed, thanks to Agent Wreck Connoisseur. 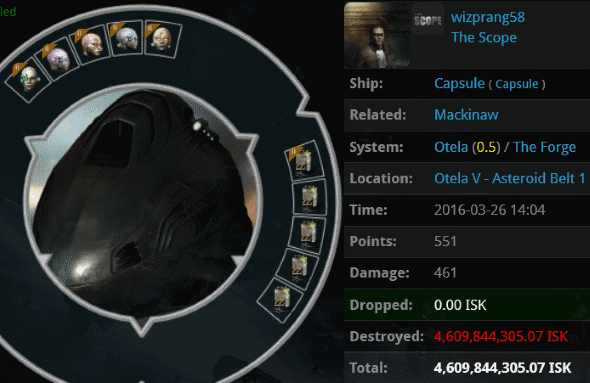 KILLMAIL
wizprang58 lost his Mackinaw and his 4.6 billion isk pod. Agent Liek DarZ examined the contents of the pod. In addition to a High-grade Crystal set, there was a Michi's Excavation Augmentor.

Based on a typical highsec miner's isk/hour rate, wizprang58 lost a few hundred hours worth of highsec mining in a single gank. Some people don't mind wasting their time, I suppose.
Posted by MinerBumping at 22:28