Suggested addition to the patch notes:
Welcome to the latest edition of the Grab Bag! 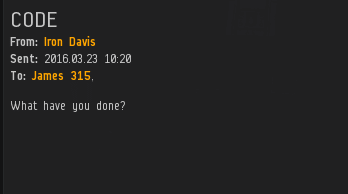 Why, is something the matter?

No, yes, and absolutely yes.

I enjoy a stack of flapjacks as much as the next guy, but I like the Code a little more. Always dock up before you tend to your kitchen. In an emergency, you can request an Agent's permission to go AFK. 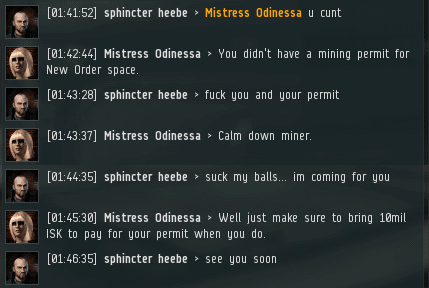 More evidence that mining--despite what the carebears say--really isn't all that relaxing.

Agent Zopiclone is right: The New Order brings lasting change to everyone we encounter. No one cares when a carebear quits EVE, but our legacy will endure long after CCP shuts down. 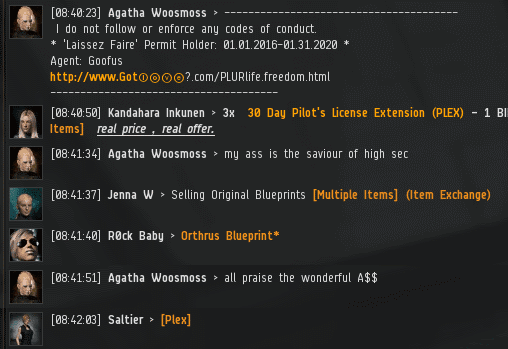 CAUTION: People are selling fake mining permits in the trade hubs now. What a scam!

Living up to his name, Satyr 'Snuffbox' Apex would rather undock without pants than without a permit. Years ago, Seven Koskanaiken had a similar thought (NSFW?). 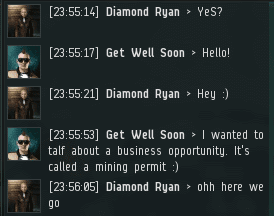 Don't worry if a miner has already rejected the Code on previous occasions. Some miners need to be asked a question many, many times before they're ready to give the right answer. 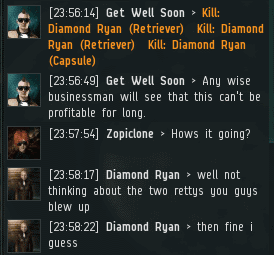 Diamond Ryan ran afoul of the Code and lost multiple ships. Had the point been made? 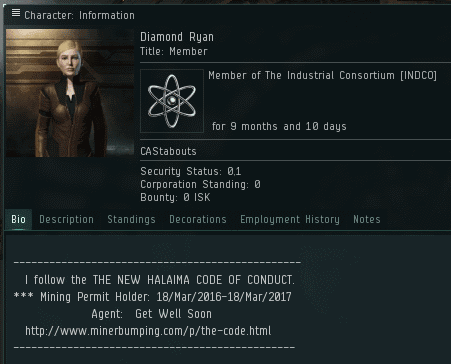 This is why we never give up. We'll keep going until every man, woman, and child in highsec obeys the Code. 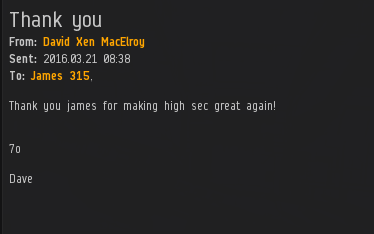 A lot of people have been thanking me for making highsec great again. I appreciate the sentiment, but it's a little misleading. The use of the word "again" could imply that highsec used to be great at some point in the past. In truth, highsec was never great until the New Order arrived. Our aim is to make highsec great for the first time. Better than that, to make highsec perfect! We're well on our way.
Posted by MinerBumping at 19:11