Highsec industrialist CHLOE OCEAN MURRAY has long threatened the peace and security of highsec. Last year, The WINGSPAN Logo Alliance PvP'ed the carebear and were stunned by CHLOE's attitude on voice comms--which they recorded and put on YouTube.

Fast-forward several months. Agent loyalanon attempted to negotiate the surrender of CHLOE's jump freighter, which was intercepted by a New Order bumper while trying to sneak through the Niarja pipe.

CHLOE seemed to feel she was above it all. She'd been playing EVE since the alpha but never took the time to buy a permit. I'm sure it was the next item on her to-do list.

Like other carebears, CHLOE bragged about her power. In a strange twist, she used that as a reason to buy a permit.

...Or not. Despite her earlier pretense of "respect", CHLOE was reluctant to buy a permit. Struggling to get through to the carebear via text only, loyalanon suggested a casual conversation on TeamSpeak. 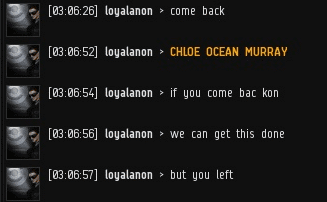 Sadly, the convo was inconclusive. 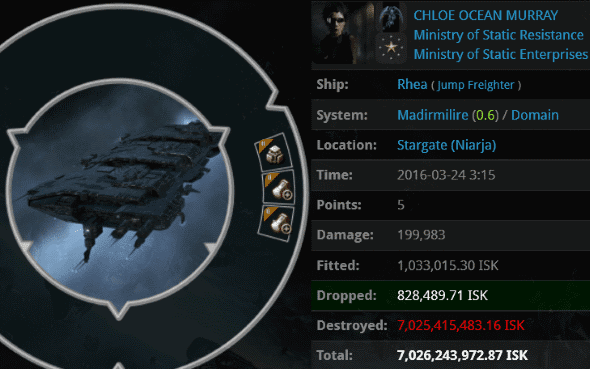 The fate of CHLOE's 7 billion isk jump freighter was sealed. This immediately caught the attention of The WINGSPAN Logo Alliance, which made contact with the New Order and warned our Agents about CHLOE. Within the hour, a file was opened, and one of the New Order's finest investigators was put on the case.

Agent TheInternet TweepsOnline TheInternet insinuated herself into CHLOE's life. Within minutes, they'd agreed to meet up. Their goal: To prevent CHLOE from losing any more industrial ships.

Over the course of the next hour, the two engaged in what TheInternet referred to as "voice PvP". TheInternet and her fellow Agents on TeamSpeak consistently won the voice PvP, resulting in the transfer of 13 billion isk. 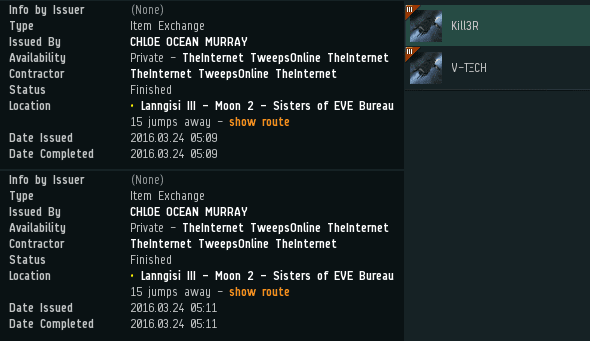 
Finally, we confiscated what he referred to as, and I quote, "my daughter's birthday Tengu", as well as another Tengu of the ordinary variety. (Both hulls sold for the same price in Jita, so I don't know what the difference was between the two). 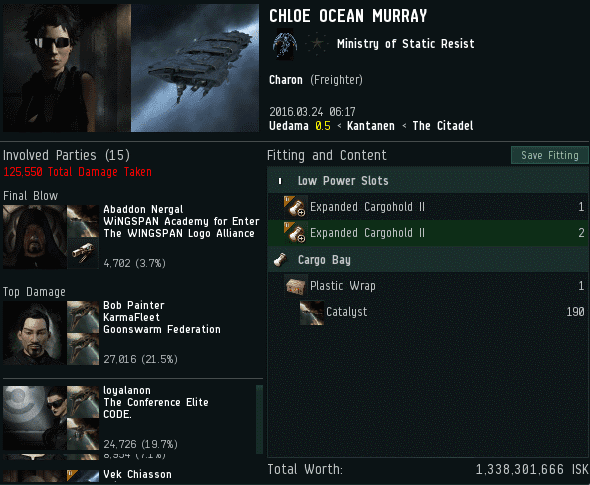 CHLOE's faith was further tested when she was asked to haul 190 Catalysts through Uedama. She wasted no time in abandoning the Code, choosing to cut corners instead. Hauling the package in a bot-aspirant manner, her freighter was destroyed by a combined fleet of the New Order and WINGSPAN.

TheInternet's fears about CHLOE's true motives were confirmed when she checked up on CHLOE's EveWho comments. CHLOE was against us! 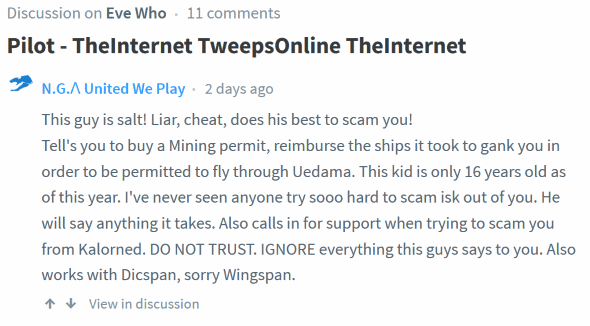 So much for their blossoming friendship. 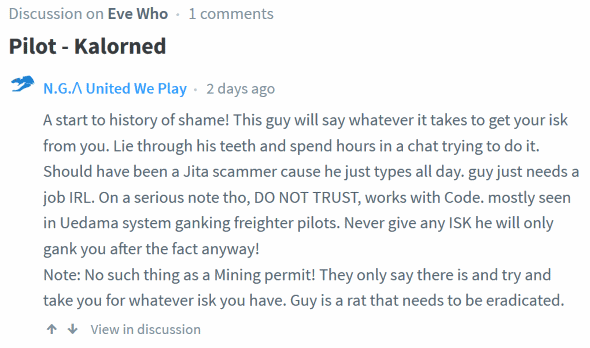 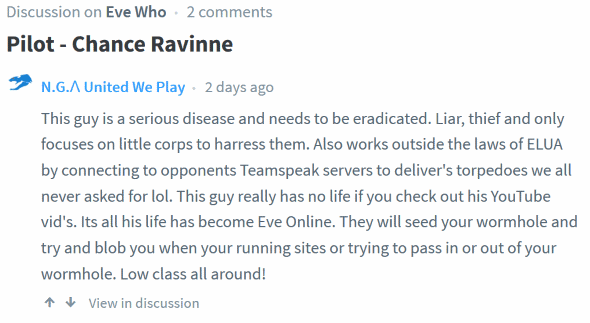 Ultimately, the WINGSPAN's intel proved to be solid; CHLOE was a difficult customer. It's only through the power of the Code that our Agents are able to believe--with all confidence--in the redemption of even a rebel hauler like CHLOE. Her redemption will have to wait, but it will come eventually.
Posted by MinerBumping at 18:30