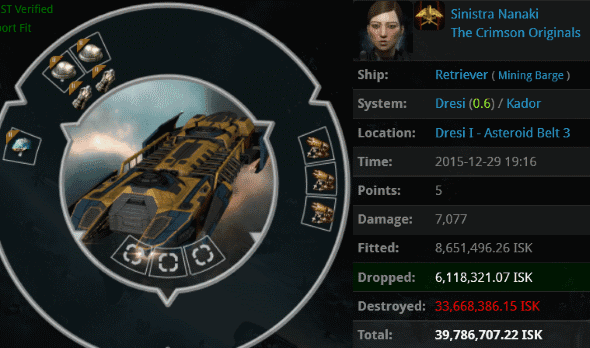 Every gank performed in the name of the Code is a revolutionary act--and a wholesome, fulfilling one at that. Agent Aaaarrgg acted quickly and resolutely when he destroyed a rebel Retriever in the Dresi system. How would the locals respond?

The reaction was mixed. And it was slow to develop, as many residents were still returning to their keyboards nearly an hour later. 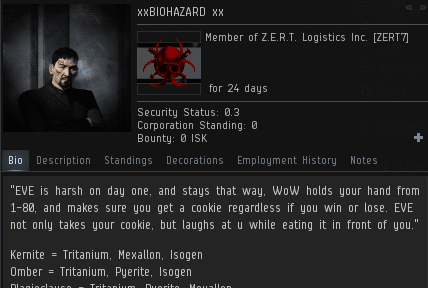 xxBIOHAZARD xx spoke out against the New Order's authority. Though harmlessly docked up in a station, his words were harsh and full of anger. Was he merely having a bad day, or was he a committed rebel?

xxBIOHAZARD claimed to be a former member of New Order Logistics, a corporation in the CODE. alliance. If he'd joined the resistance, there was no telling what kind of sensitive intel he might've brought with him. Gank methods, schedules... Anything!

Aaaarrgg had no choice but to investigate the potential security breach. He politely requested the identity of xxBIOHAZARD's alt.

It was worse than Aaaarrgg feared. xxBIOHAZARD created entire squadrons that had spent months ruining New Order gank operations. And none of us were aware of it!

The squadrons were growing. xxBIOHAZARD and his secret alts only formed the vanguard of his resistance movement.

At last, the Anti-Gankers had a leader worthy of their cause.

Aaaarrgg and xxBIOHAZARD parted ways. In the months that followed, there was no sign of xxBIOHAZARD or his squadrons. He didn't take any action against the New Order. But then again, that was sort of the point: A resistance movement so secret--so invisible--that as far as anyone in the New Order knows, it doesn't exist.
Posted by MinerBumping at 18:55