Previously, on MinerBumping... Notorious Anti-Ganker MalkePigen existed in a gray area between subscribed and unsubscribed. She vowed to quit EVE, but she was repeatedly given free game time by CCP as a result of their failure to timely answer her confusing petitions. MalkePigen swore to spend all of her remaining game time raising awareness in Uedama. The subject of her crusade: Harassment.

MalkePigen succeeded in raising awareness--of her overuse of the word. It ceased to have any meaning.

Rhamnousia Nosferatu tried to support her fellow Anti-Ganker, but the tide of public opinion was decidedly against MalkePigen.

This was MalkePigen's sole post on EVE-O, replying to a thread entitled, "What 3 things would you change about eve?" Honestly, with a post like that, a wardec is to be expected.

MalkePigen considered it a matter of freedom of speech. Even so, she found little sympathy in Uedama.

Slowly but surely, the carebear's idea of "harassment" came into focus. MalkePigen was opposed to allowing combat with "non-pvp players".

Did ganks violate the EULA? MalkePigen thought so. And she had a smoking gun: Agent Salah ad-Din al-Jawahiri's "hetz agenst high sec".

For months, MalkePigen had devoted herself to leeching onto CONCORD mails and popping empty ganker pods. Her morale was finally shattered by the Kusion family, which she believed to be exploiting.

In fact, the carebears of highsec are given countless opportunities to embrace the Code and join the New Order family. Every MinerBumping post, every celebration of a gank in local, every declaration of support for the Code in a player's bio... Each is a chance for someone like MalkePigen to join the winning team.

Perhaps the carebear hoped to wear down the public and beat them into submission with a lengthy rant. Somehow, she only pushed popular opinion even further into the pro-Code camp.

Ultimately, the Anti-Gankers were unable to explain their position. They opposed ganking/harassment, but I doubt even they truly understand why. (Hint: It has to do with bot-aspirancy.)

MalkePigen's patience ran out. She was tired of CCP's refusal to do anything about players making fun of her poor writing skills. MalkePigen stopped participating in the Anti-Ganking movement and seemed to leave the game for good. 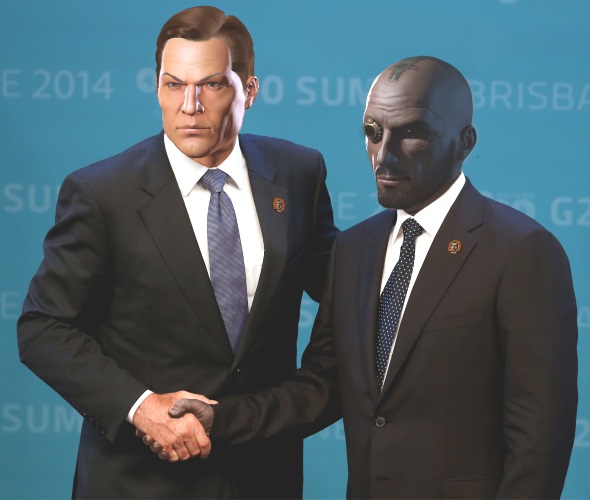 After a few weeks' absence, MalkePigen returned to Uedama with a renewed enthusiasm for latching herself onto CONCORD mails. Her reappearance in EVE means there's still a chance she could buy a permit and join the New Order. Though modest about his own contributions, Agent Salah was widely credited with MalkePigen's change of heart. Maybe something he'd said to her had sunk in. In recognition of Salah's extraordinary victory, the Agent was awarded a handshake from the Saviour of Highsec himself. Due to scheduling conflicts, this handshake didn't come to pass, so as consolation, the Saviour of Highsec reminded Salah of an earlier handshake from an event in 2014. By all reports, Salah was deeply grateful for the memory.
Posted by MinerBumping at 17:53