When you see this kind of stuff in local, it can mean only one thing: It's time for another edition of the Highsec Miner Grab Bag!

I often get the feeling that the carebears don't really like EVE. They never pass up an opportunity to reject the game's vibrant culture. 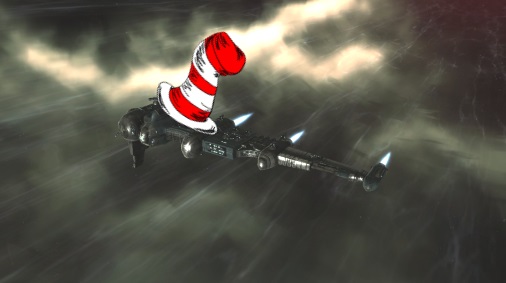 Maybe there's something to this theory.

Embor en Bauldry is exaggerating, I think. A miner with 10+ friends?

Imagine 20,000 bots and bot-aspirants leaving the game. If EVE were a nullsec alliance, we'd call that "trimming the fat".

Meanwhile, in an Anti-Ganking fleet...

This is why you don't trust Anti-Gankers. If you're interested in truth, seek out the New Order.

Sadly, it was too late for Evita Jaynara. Her webbing Maller was CONCORDed, and then she lost her 630 million isk pod. 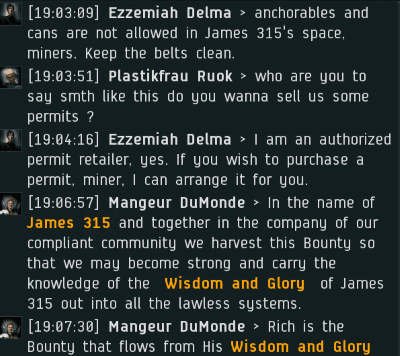 Plastikfrau Ruok was all set to give Agent Ezzemiah Delma some guff. In the old days, miners were nearly unanimous in opposing the Code. 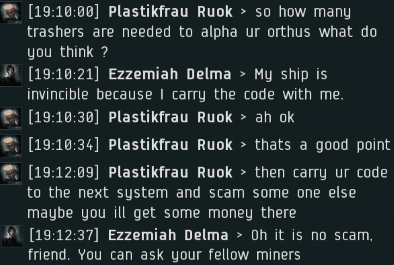 Now, however, the miner population is beginning to experience a renaissance:

Cultural victory is just around the corner. Highsec has within itself the potential for greatness. All we need to do is wipe away a layer of debris formed by a few tens of thousands of bad players. 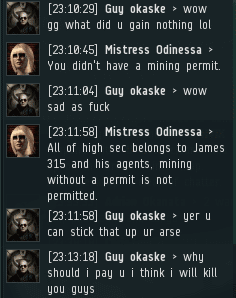 How long until the Day of Final Victory? It's hard to calculate. Some miners learn more quickly than others. 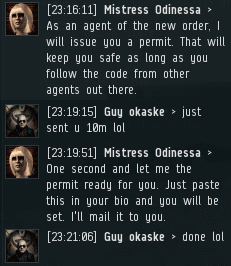 Within minutes, Guy okaske saw reason. He discovered, to his delight, that paying isk to an Agent of the New Order made him feel all warm and fuzzy inside. 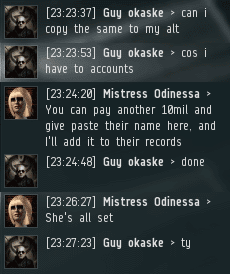 Rebelling against the New Order leaves a carebear with a feeling of emptiness that never seems to go away. Miner, try buying a permit. You'll be amazed by the difference.
Posted by MinerBumping at 18:38