This past week saw the annual tradition of April Fools' Day. Unfortunately, there were a lot of fools running around highsec, and our Agents had no choice but to gank them for their follies. It's not a good thing to be a Goofus; someone who attempts to conduct PvE in highsec without a permit is an April Fool, a May Fool, a June Fool... But get a permit and obey the Code and you'll feel smart all year long. Let's review some highlights from the week of March 27th @ 00:00 EVEtime through April 2nd @ 23:59 EVEtime. 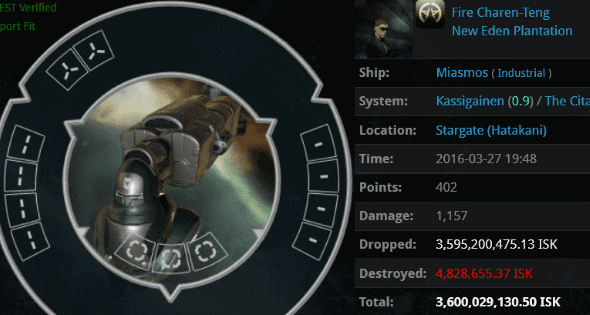 KILLMAIL
Fire Charen-Teng had access to a wealth of different fitting options, but he chose to go with the ol' tried and true empty-tank. A no-module, no-rig fit may look bad on paper, but it looks even worse in the cross-hairs of an Agent of the New Order of Highsec. Agent Ben Li sneezed on the industrial ship and generated a 3.6 billion isk killmail.

It's no wonder that Fire Charen-Teng didn't spend much time fitting his ship. He had a bunch of PLEX that urgently needed to be moved somewhere--into our Agent's hangar. 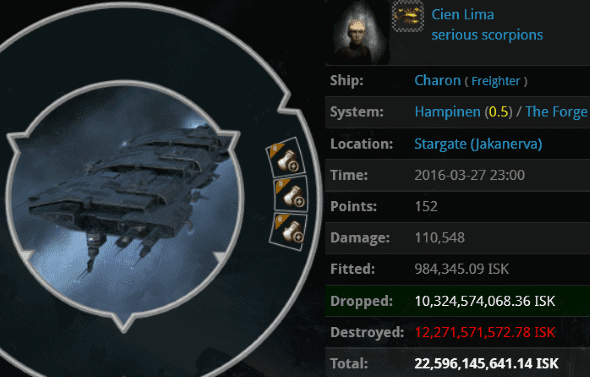 KILLMAIL
No one can say for certain whether Cien Lima was aware of the recent buff to freighter EHP. If she was, she probably cursed CCP for not buffing cargo space, for that was all she cared about. Her greedy rampage through highsec came to an end thanks to Agents BAE B PEW, Anthologee, BAE B BLUE, Jack Fizzleblade, Shazna Solta, Burt Plug, Will Wart, Eure Dincigkeit, Pure Whyte, and Asvane. They tore through her freighter with admirable efficiency; a stack of Taloses did most of the work. 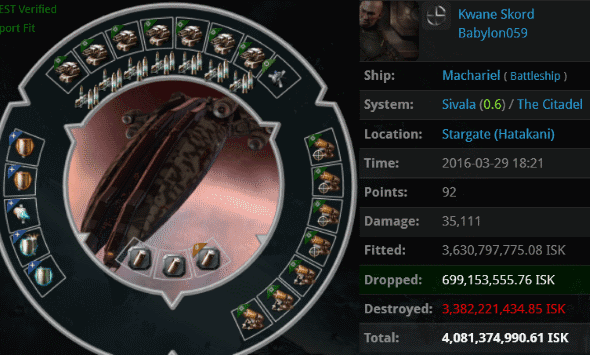 KILLMAIL
Kwane Skord had another one of those heavily-armed, blingy faction battleships. (Or, as an Anti-Ganker would say, "A ship that can't shoot back.") There's no doubt that Kwane was a mission-runner of some sort. However, he met his doom when he ran into a group of people who had a real mission--to save highsec by enforcing the Code. Agents Jayson Kusion, Justin Kusion, Jayden Kusion, Jake Kusion, Joel Kusion, Jackson Kusion, Joseph Kusion, Johnathan Kusion, Joshua Kusion, Jason Kusion, and Jeremiah Kusion went a lot further in their mission than Kwane ever did in one of his own. 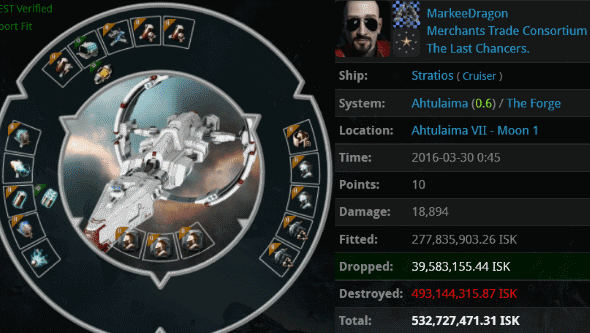 KILLMAIL
Rich or poor, big or small, the Code comes to them all. MarkeeDragon had a Cruiser worth half a billion isk. It was easily swatted out of the sky by Agents Ilithyia Borgia, Mal Warre, and Sigrid Freud and their trio of attack battlecruisers. 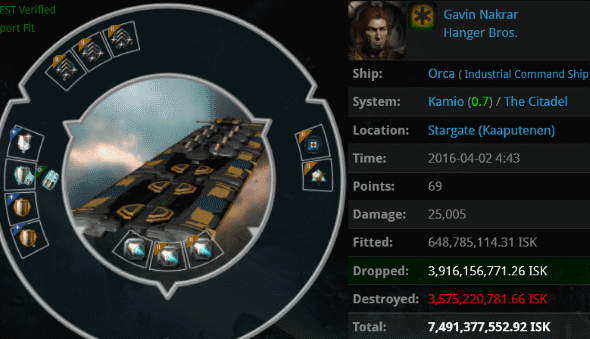 KILLMAIL
Gavin Nakrar treated his Orca like a freighter with even fewer hitpoints. As Agent Phryxis reports,


I was out and about and found a guy flying in highsec without a permit. I decided to get some friends and make sure that this guy was taken down.

Unlike the carebears who claim to have connections all across nullsec, Phryxis actually did have some friends--from the Snuffed Out alliance. Agents Sneaky Noob, Kahvegi, Cytheera, Mucks Boosh, MadHatter077, LordMidget, Gen MarcusAurelius, and Deathdealer Ryobi put aside their other duties and helped to enforce the Code. A lesson, perhaps, to any other 7.5 billion isk Orcas out there. 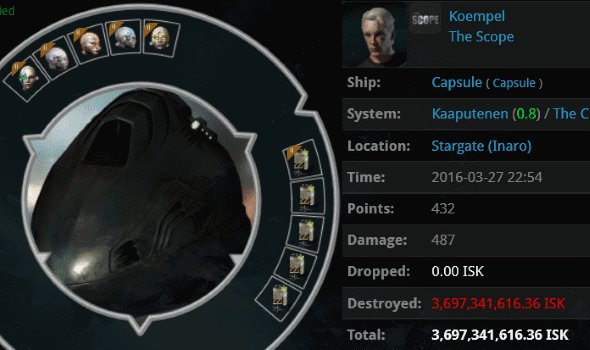 KILLMAIL
Koempel had a bit of a problem. He knew he needed to boost his shields, armor, and hull to avoid being ganked, but he wasn't interested in actually flying a ship. He wanted to tour highsec in his pod. The answer to his quandary was to purchase 3.7 billion isk worth of implants. Now his pod ballooned to 487 hitpoints before resistances. Satisfied, Koempel activated his autopilot and went AFK. Nothing had the power to take him down. Nothing, that is, except the Code. As fate would have it, Agent Mr Vrix has read the Code and been empowered by it. Bye, bye, pod.
Posted by MinerBumping at 20:35