The Making of a Legend: The loyalanon Story, Part 2

Previously, on MinerBumping... In Part 1 of this series, we met loyalanon, a man of humble beginnings. The barge buff of 2012 reduced the number of miner gankers to almost zero. loyalanon was among an isolated few who continued to gank but did not yet know the Code. When he encountered the Code, everything changed. We resume loyalanon's story, told in his own words.

Visiting the forums one day I saw something about the New Order and Code and proceeded to haze and mock them due to not understanding what the Code/James 315 was.

I attempted my first Orca gank with The Conference Elite 6-7 hours later after the above post was linked - https://zkillboard.com/kill/31955125/ 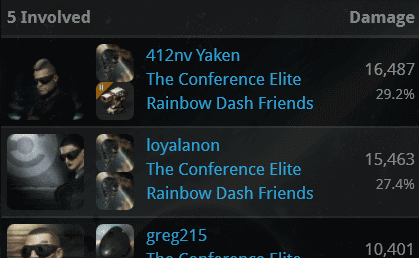 ...and ganked two more before contacting xxBLACK SKULLxx 929 2 months later, who was the leader of the NEW ORDER DEATH DEALERS at the time.

Upon speaking to xxBLACK SKULLxx 929 regarding ganking, I joined the New Order Death Dealers for a week before returning to The Conference Elite. Here I joined my first ever Orca Gank Fleet and from there that's all I wanted to do, was FC Orca ganks.

I spoke to our supreme commander and was met with nothing but respect.


loyalanon > How are you?
James 315 > wonderful
loyalanon > im not sure if you know me, but I joined new order death dealers a few days ago and then left, however I just wanted to say - mad respect for the new order
James 315 > loyalanon thank you, I appreciate that from a fine ganker such as yourself
loyalanon > i know i havent been the most respectful on the forums in the past, however seeing how the operation is run, im looking forward to organising alot more freighters/orcas etc in the next few weeks with black skull
James 315 > black skull always loves a good gank
loyalanon > yeah i ganked his corps first strategic cruisers on my first day in the new order
loyalanon > if its ok with you i would like to enforce the new order of code in lonetrek
James 315 > by all means, they need it
loyalanon > excellent
loyalanon > how would I go about putting my corp into Code.
James 315 > talk to admiral root or Aria Stane, they handle the alliance stuff
loyalanon > ok cool no worries
loyalanon > thanks for your tiem

We killed so many Orcas in and around the Tolle area. There are numerous Kills of the Week posts from late 2013 - early 2014. (So numerous I cant link them all here.)

Around this time of being introduced to the Code and the New Order, I knew they ganked but I didn't understand why they ganked. A lot of people gank for different reasons. As explained previously I was ganking for the tears/kb stats and because it's fun. After meeting James 315 and a lot of the other gankers in Code/New Order, I wanted to learn more about James 315. I was heavily into the history of MinerBumping.com and have read every single article that is linked from the very first post.

I opened the Links page and started reading the Manifestos written by our Supreme Commander himself. If you have not read them I suggest you do, I spent an entire afternoon reading them and came away with a sense of purpose.

Everything made sense for me and I knew that in Eve Online that I wanted to give carebears a reason to hate me, a reason to hate our alliance and a reason to conform to our ideas through force. Talking to a carebear is pointless, blasters are a better way to get your point across. I was already hated so I had nothing to lose, I was going to devote all my time I spent in Eve to doing as much damage as I could to the carebears in highsec and what better way to do that than going after the most expensive ships in high sec that moved about so freely.

One thing im known for is ganking freighters, this is basically a compressed version of how I got into it. When I was ganking Orcas with Code/TCE, I always wanted to gank freighters. At the time I thought freighters were impossible to gank. They were just too big to gank, this was before freighter low slot changes. I have never been good with working out the math on what we need to kill something. Normally I will just throw battlecruisers into the mix of Catalysts and adjust the DPS count from there, and there's a saying that overkill is the best type of kill.

While in patrol in and around the Gallente space area we had a report of a freighter in an ice belt.

We ganked our very first Freighter. 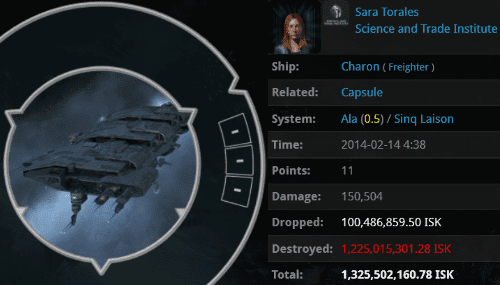 Which you can watch on this link.

This got me super excited as the myth I was led to believe that freighters were impossible to gank had proven wrong. I ganked freighters through my own funding until I approached James 315 and asked for funding from the New Order Treasury to run a gank fleet targeting freighters only, which he readily agreed to.

The result was a special KOTW post on MinerBumping.

And also the death of the first jump freighter by the hands of a New Order/Code led fleet. In my head I had done it, I had proven wrong all the myths that I had believed and ganked a jump freighter. All in the name of the Code.

When loyalanon accepted the Code and joined the New Order, he found himself capable of doing things he'd never done before. The Code gave him the power to realize his dreams. Now it was time to reach for new heights--a level of achievement even beyond his dreams.

To be continued...
Posted by MinerBumping at 15:38