I think everyone in EVE can agree on one thing: There are some terrible crimes being committed in highsec. People disagree on what to do about it. For the New Order, the answer is simple--the Code. The rebels and skeptics, on the other hand, think the solution is to have more carebearism and bot-aspirancy. With this in mind, take a look at some ships flown by bot-aspirants during the week of September 25th @ 00:00 EVEtime through October 1st @ 23:59 EVEtime. And then ask yourself whether the pilots of such ships can save highsec. 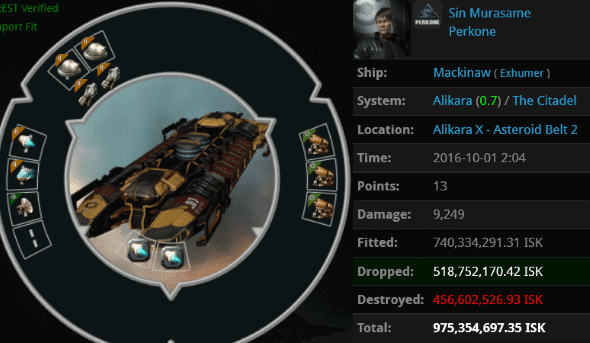 KILLMAIL
Sin Murasame's sinfully decadent Mackinaw was worth nearly a billion isk, mostly thanks to its set of Crapo--I mean 'Carpo'--mining laser upgrades. Agents Eva Mavas, Lucia, and Snapcase made short work of its paltry defenses. Oh, and in case you were curious, that special sensor booster is called a "Sentient Sensor Booster". It was probably more sentient than the bot or bot-aspirant at the Mackinaw's helm. 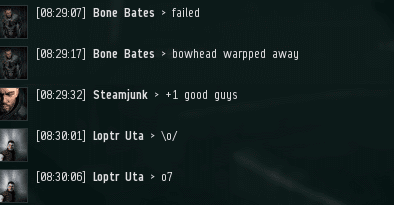 The Anti-Gankers always complain that I don't give them enough credit for the ships they save. They say I never highlight their successes, only their failures. MinerBumping is nothing if not fair, so I'd like to take this opportunity to draw attention to one of the Anti-Gankers' greatest achievements over the past few years. 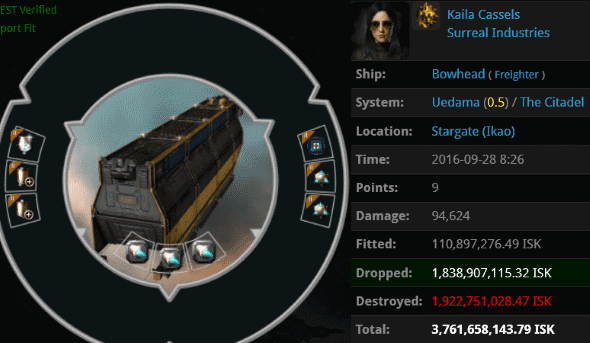 Congratulations, Anti-Gankers. You saved a phantom Bowhead that got away while our Agents were busy ganking an actual Bowhead. 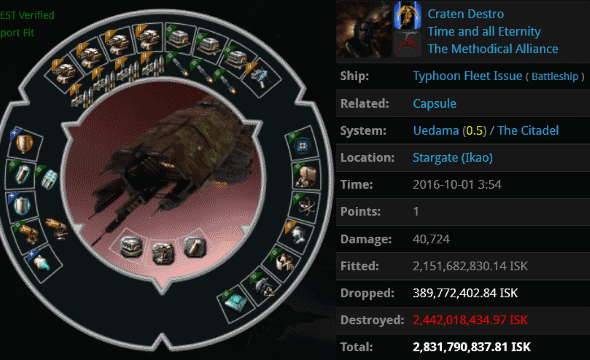 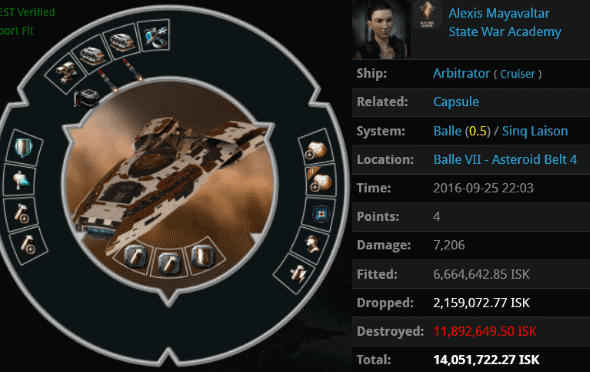 KILLMAIL
Sometimes a killmail is worth a thousand words. Alexis Mayavaltar was spotted in an asteroid belt with this... thing. Despite its impressive capacitor tank, the thing was no match for Agents Get Well Soon, Serpentis Safeguard (a surprisingly strong performance for a belt rat), Salah ad-Din al-Jawahiri, Beau Filcher, and Blyat Man. What was the thing doing in an asteroid belt, anyway?

Incredibly, it was attempting to mine with drones. Illegally! 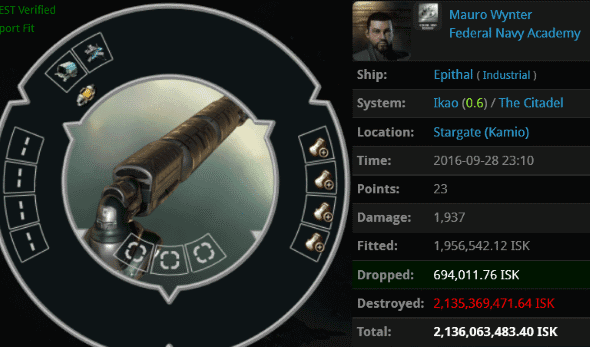 KILLMAIL
Mauro Wynter had an Epithal. Like other industrial ships, it needed a bunch of tank mods to be its best self. Mauro was only interested in anti-tank mods, though--to the extent he had any interest in modules at all. But Mauro was in luck: Agent Salah ad-Din al-Jawahiri loves to teach carebears how to properly fit their ships. "Here, I'll make it easier for you," Salah says as he removes the their ship from EVE and allows them to rebuild it in their imagination.

Mauro's ship was carrying a pair of PLEX. No wonder he defended it with nearly 2,000 hitpoints. 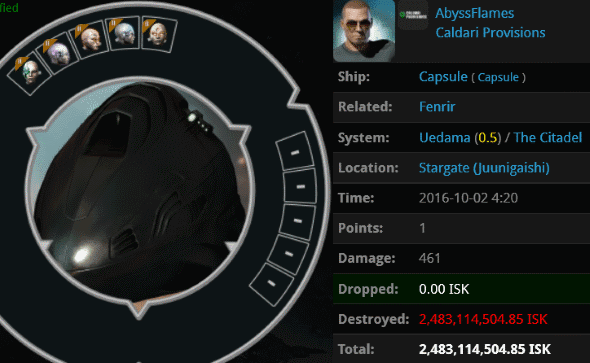 KILLMAIL
AbyssFlames had a nice meeting with Agent Winnie Po0h, but he got off on the wrong foot by using a pod with 2.48 billion isk worth of implants. Whenever you have an encounter with one of our Agents, it's important to make a good first impression. AbyssFlames forgot that.

Our eagle-eyed readers will have already noticed that a Fenrir was listed in the "related" entry for this killmail. AbyssFlames' pod appeared after he lost a 2.8 billion isk freighter. I suppose that means AbyssFlames made a poor first and second impression. Meanwhile, Anti-Gankers were busy helping a Fenrir escape at the very moment AbyssFlames' Fenrir was being ganked.
Posted by MinerBumping at 20:01