Over One Trillion Fifty-Five Billion in Shares Sold 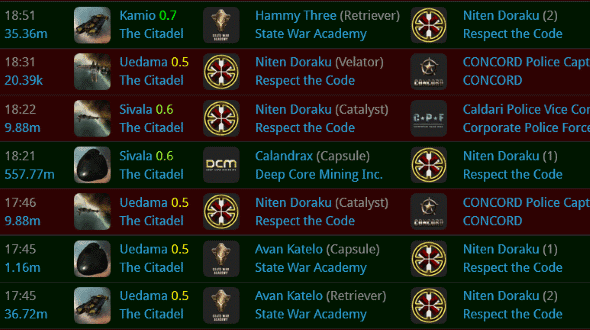 In September, a new miner ganker was on the prowl in highsec: Niten Doraku of the Respect the Code corporation. 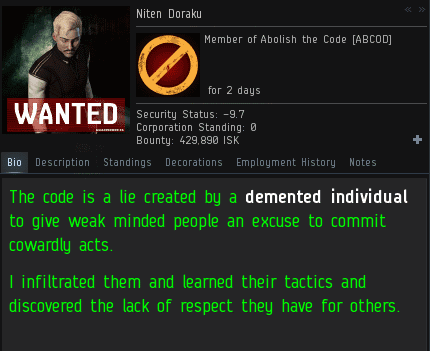 But it was all part of an elaborate espionage operation! Niten never believed in the Code; he merely wanted to learn our tactics (ganking, bumping, being awesome, etc.) and gain access to New Order Agents' schedules. It was the biggest breach of New Order security since the notorious rebel spy Ledrian Saisima. 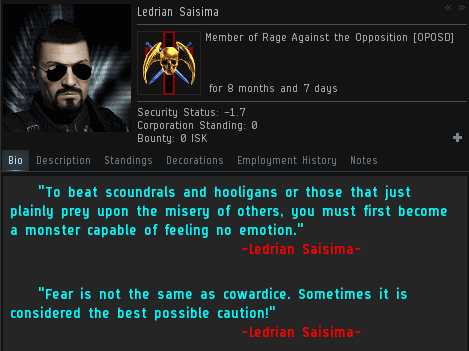 We all miss that guy. 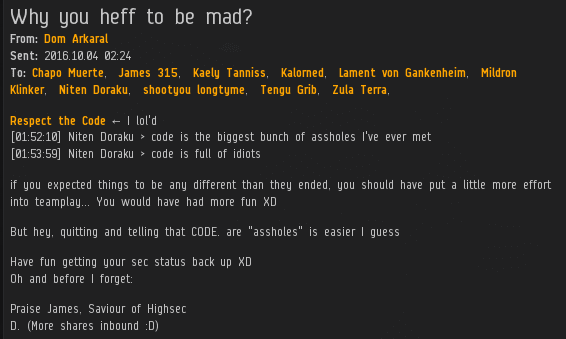 Despite the security concerns caused by Niten's infiltration, 'twas a good thing in the end. It inspired Dom Arkaral to give us all a case of déjà vu with a purchase of another 630 shares. This sent us over the 1 trillion 55 billion isk mark and earned him another Supreme Protector's Tip of the Hat™. You can never have too many shares or too many Supreme Protector's Tips of the Hat™.

Straight outta Gamis, the highly anticipated release of The Code Is Forever #29 is here! 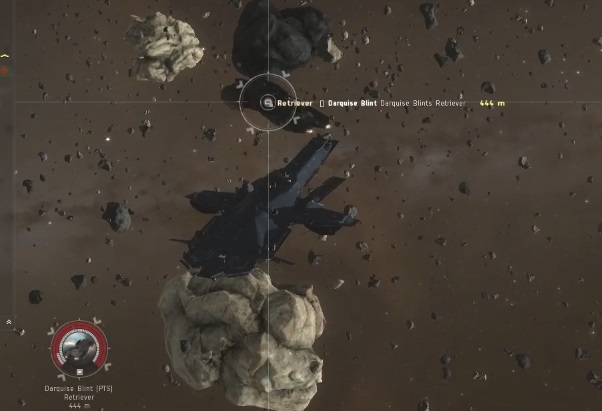 In the New Order, elite PvP isn't just an aspiration, it's a fact of daily life.
Posted by MinerBumping at 15:58