Me Ticket You Banned, Part 1

Our Agents improve highsec one miner at a time, a little each day. Upon being ganked in his Retriever, matth136 decided to take one more step toward Code-compliance.

However, after getting a new mining ship, matth136 began to act strangely. His arrogant and hostile demeanor quickly made him a target. 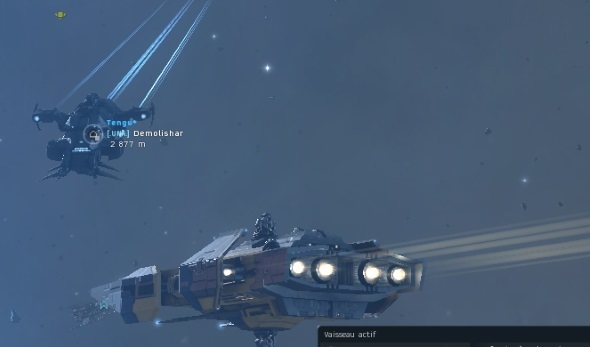 Agent Demolishar brought his trusty bumping Tengu into battle. He repeatedly bumped matth136 out of the ice anomaly. There's something unusual about this screencap--as we'll later.

Our Agent encouraged the miner to buy a permit, but he refused. matth136 railed against Demolishar's fellow Agents in local. He also insisted that Demolishar declare war. Apparently he was frustrated by the bumps.

matth136 felt confident that he would prevail in a wardec. But he had no idea how to win against an elite bumper. Obviously the miner was entirely unprepared for ice mining in highsec.

With each bump, matth136 became more agitated. He had no rational choice but to buy a mining permit and obey the Code.

matth136 wasn't in a rational mood, though.

The miner made a fateful decision: He petitioned CCP and begged them to stop the bumps. 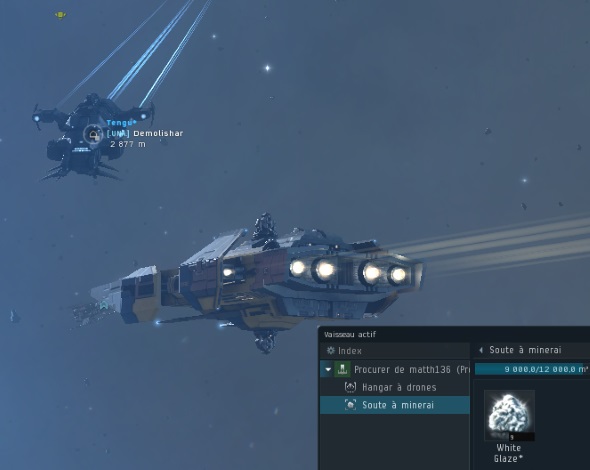 Now the truth behind the screencap can be revealed. It was taken by matth136, not our Agent. The miner took screencaps to prove that Demolishar was indeed a miner bumper. matth136 then made the screencap public.

As a result of matth136's actions, Demolishar had a nice picture of his bumping Tengu in action. As seen here, a portion of the conversation in local was also immortalized by the screencap. matth136 was absolutely confident that miner bumping is against the rules. Demolishar told him otherwise, but matth136 didn't waver. According to the miner, plenty of bumpers have been banned. And Demolishar was certainly a bumper. Would our hero be banned for helping to save highsec?

To be continued...
Posted by MinerBumping at 16:48