The Agents of the New Order constitute highsec's sole civil, criminal, and military authorities. They're also highsec's only leaders in the fields of philosophy, ethics, law, art, etc. In short, they wear a lot of hats. And the residents of highsec are utterly dependent upon them. 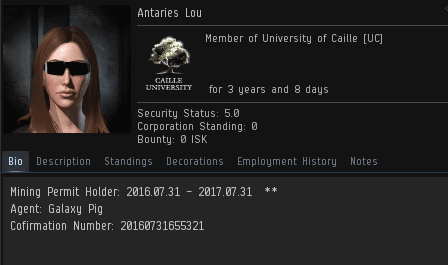 Though our Agents are known for enforcing the Code through elite PvP, they increasingly spend their time simply administering highsec. As the EVE players in our jurisdiction buy permits and become more and more compliant, this trend is bound to continue.

Agent Lament von Gankenheim got a convo request from a permit-owning miner named Antaries Lou. It was our Agent's job to investigate her complaint of an improper gank.

The conversation had barely begun before Lament had concerns about this miner. 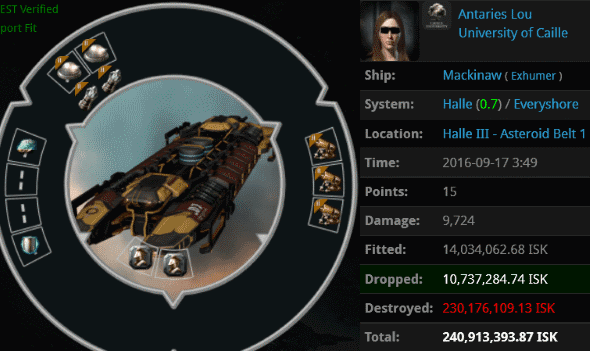 Lament was familiar with the gankers in question, Agents KoHfeTHbIu TpoLLb and Winnie Po0h, and he knew them to be good men. So he wasn't surprised by the results of his investigation: Antaries Lou's Mackinaw was unmistakably fail-fit.

"I was going to the bathroom" is perhaps the most common excuse given for AFK mining (if you include variants like "I was taking a bloody shit," etc.). Hence the New Order Bathroom Protocol.

Agent Lament was astonished by the miner's attitude. Antaries--who basically confessed to violating the Code--was behaving as if she had been wronged.

The logic was simple: Antaries' ship was destroyed in an asteroid belt, and she admitted she'd been engaged in defecation at the time of the gank. Ergo, she was punished for AFK mining. So what was the problem?

The miner maintained her innocence.

Incredibly, Antaries remained on the offensive. Despite being caught red-handed (so to speak), she accused our Agents of breaking the Code!

Things only got worse. Could it be that this permit-carrying miner was actually a Goofus?