Whenever an Agent of the New Order enters a system, he arrives to fireworks. 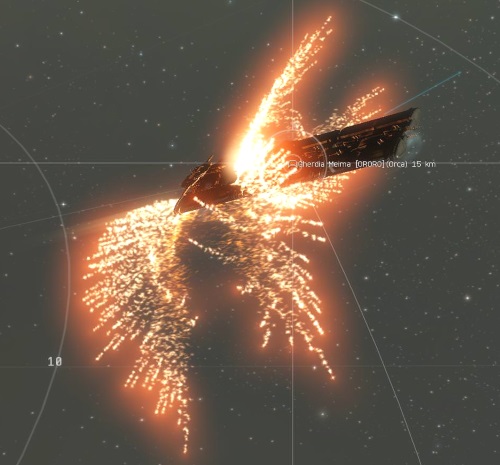 In some cases, they're literal fireworks.

...And in other cases, the fireworks are metaphorical. The arrival of Agent Bob the First, the rock star of Solitude, was nearly always hailed by the locals--though they had mixed feelings about him.

Agent Bob treated the Boystin system to a grand fireworks display. Each time he began to bump an Orca away from the ice it was trying to mine, Bob felt like celebrating. Bob was in a good mood. And why not? He had the Code, after all.


Sugar Magnolia > They are really flooding the market with those fireworks
Andrew Nightshade > I'm actually counting on BOb to raise the price of Oxygen Isotopes. :) His patrolling of Niballe ensures that ice prices continue to pay off.
Keuthein > There goes my niche market - I buy Oxygen Isotopes for 1000 here and sell in Amarr for 1700

Soon, however, the Boystin residents were reminded that Bob wasn't all fun and bumps and games.

Whenever Bob came across blingy named drones, he brought in smartbombs to vaporize them. 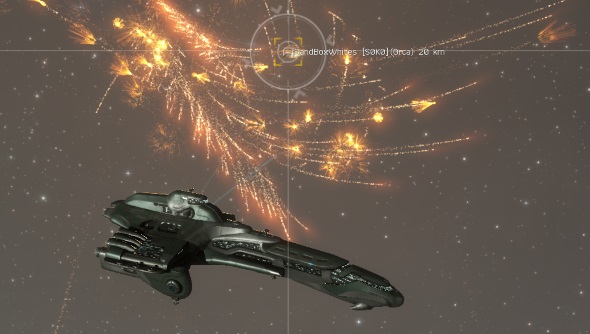 Consequently, the fireworks took on a darker meaning in the eyes of the miners. When Bob started up with another fireworks display, cautious Orca pilots yellow-boxed him. 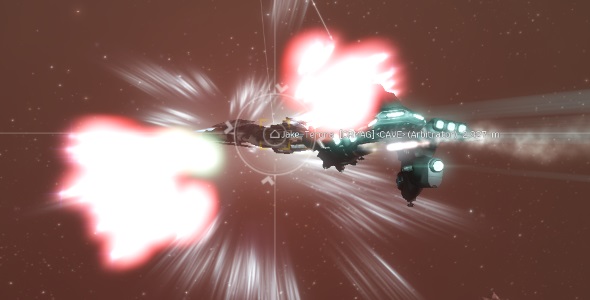 Finally, one of the miners lost control.

An Arbitrator pilot named Jake Terona was no longer satisfied with yellow-boxing Bob. 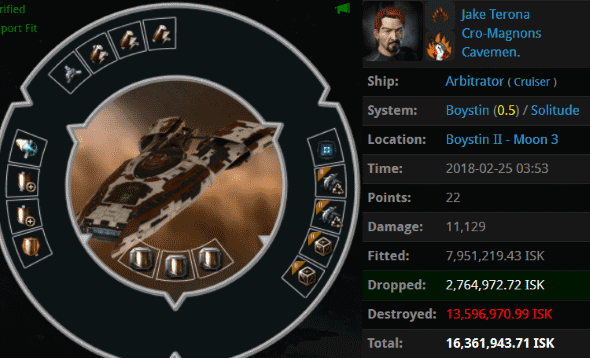 Bob won the fight, of course. Though our Agent wasn't the aggressor, he was better prepared for the showdown. 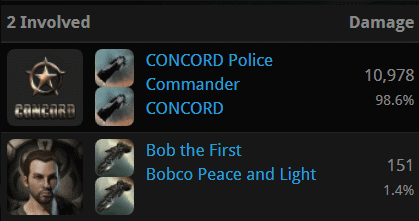 CONCORD also played a minor role in the engagement.


Bob the First > a permit would have cost less
Bob the First > dear me, trying to sneak back in without a permit.
Steile Drakesson > Beleive it or not, Bob provides a valuable service to us. .... I'll take one of those permits. He's a good person to have a a friend.

The display of the Code's power proved persuasive.

The rebel who had actually lost the ship was too thickheaded to learn the lesson that mere witnesses to the scene had been able to absorb. Was there any chance our Agent could reach this miner?