Genesis of a Gallant Miner

One of the primary missions of the New Order--and of MinerBumping in particular--is to tell people the truth. These days, it seems like most people would rather do anything they can to avoid offending people. But when you give people the truth, amazing things can happen.

Xiaofan Zhao contacted me to tell me his EVE story. And he's right to assume that I get a lot of EVEmails like this. The Code is the most influential force in EVE today, and countless players have been touched by it.

There's a reason why Anti-Gankers often caution their fellow carebears not to read MinerBumping. They're not afraid of viruses. They're afraid of something far more dangerous: The truth. 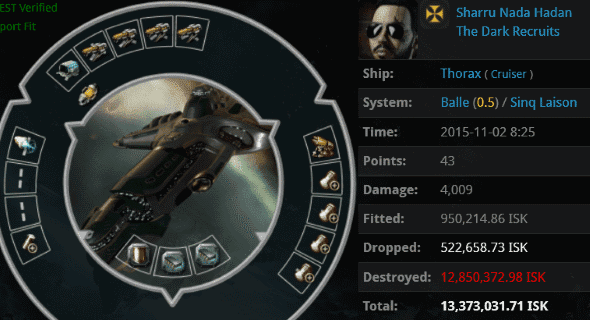 The truth is contagious. Carebears should know that when they lose ridiculous ships, they help persuade other EVE players of the rightness of our cause.

The path to enlightenment begins with people turning on their brains and questioning the nonsense preached by bot-aspirants. The rebels' philosophy never holds up to any scrutiny.

The Code isn't for bad EVE players. It's fundamentally incompatible with them. By contrast, when the Code is enforced, all good players benefit.

When I first wrote the Code, people questioned the purpose of the 10 million isk mining permit. "The price is so low, surely everybody will pay, even the bots and bot-aspirants," they said. The wisdom of the Code soon became clear.

Though highsec is utterly dominated by the Code, the Code is celebrated in every corner of the EVE galaxy. If "powerful friends from nullsec" ever played a role in highsec, they'd be on our side, not the carebears'.

In the early days, rebels and skeptics were certain that the Code would quickly fade away. Instead, the Code endured while other EVE organizations withered and died. The Code is rooted so deeply in EVE today that it's impossible to imagine the game without it.

The true test of a man's character is not how much Veldspar he collects, but how much he appreciates the Code--and the Saviour who wrote it. Good people love me, bad people hate me. In some ways, the world is not so complicated. 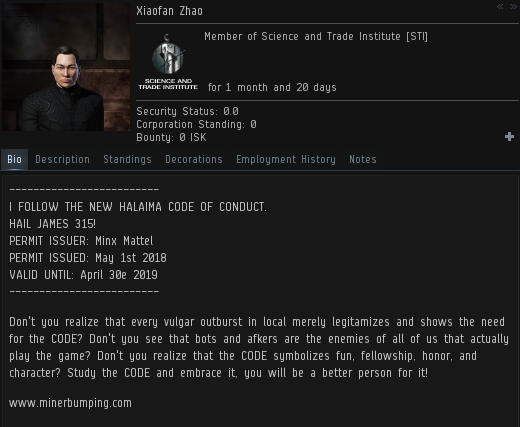 A mining permit is useful for bringing pain to the bot-aspirant carebears, too. When they see it in your bio, they feel like they've been stabbed in the heart. Because, well, they kinda have been. They've been stabbed by the truth.
Posted by MinerBumping at 18:05