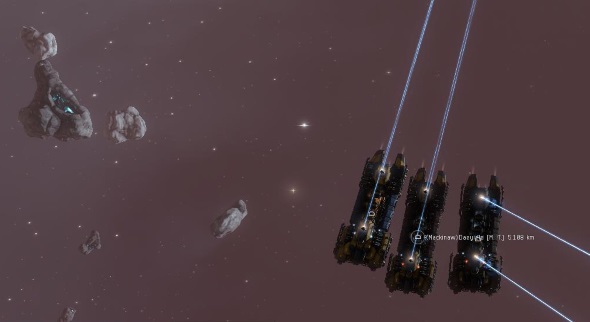 A trio of non-compliant miners huddled together, thick as thieves. And thieves they were, since the mining they were engaged in was 100% illegal. In the bad old days, such a thing might have passed. 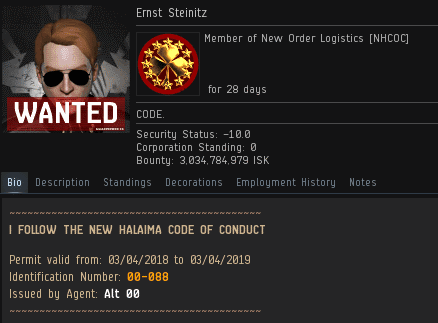 Enter Agent Ernst Steinitz. Only a few weeks into the game, Agent Ernst was already making a difference. 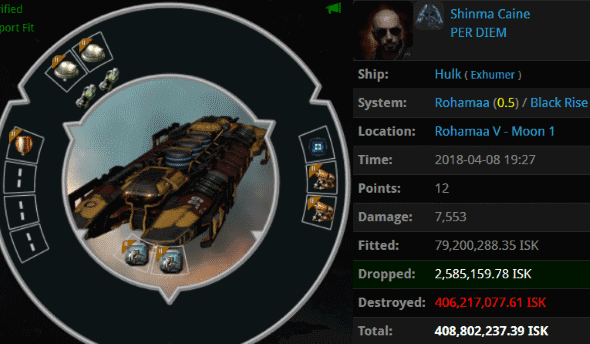 Shinma Caine's fail-fit Hulk went up in a ball of fire. 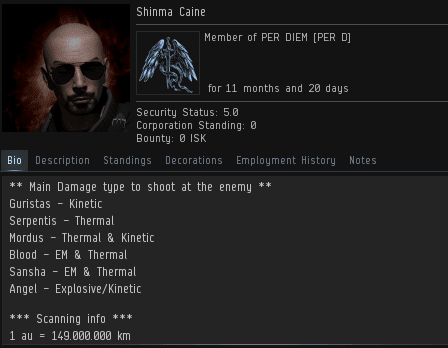 Judging by his bio (which is a perfectly reasonable thing to do), Shinma was a carebear from way back.

In addition to losing his Hulk, Shinma lost some named drones in the aftermath of the gank. Daeyiele Abcde, one of the other two miners in the trio, cursed our Agent and demanded the drones' safe return. Why didn't Shinma speak for himself?

Shinma told Daeyiele Abcde to back off, though it wasn't clear why. Never mind, though... 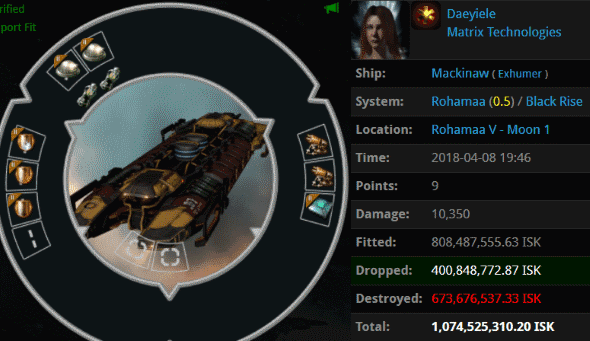 ...And then there was one. Daeyiele lost her billion isk Mackinaw. The ship contained a couple of Harvester Mining Drones, which is why it was so expensive. Daeyiele's alt should've been more concerned about her own drones. Take note of that fit, by the way--it was the best Daeyiele could come up with after nearly eight years of playing EVE.

Two of the three miners were dead. Surely by now they would have learned their lesson and moved? But Shinma told Daeyiele Abcde to ignore the gankers.

Shinma's not entirely wrong: Everyone reading this blog has been infected.

...Infected with the truth.

It appears as though Shinma was another one of those "if you gank me, the Code requires you to reimburse me, too" miners. That provision must be next to the one that says we're required to warn miners before shooting them.

Shinma repeatedly insisted that he and the other two members of the trio weren't AFK. So why was Agent Ernst putting yet another "gf" in local? 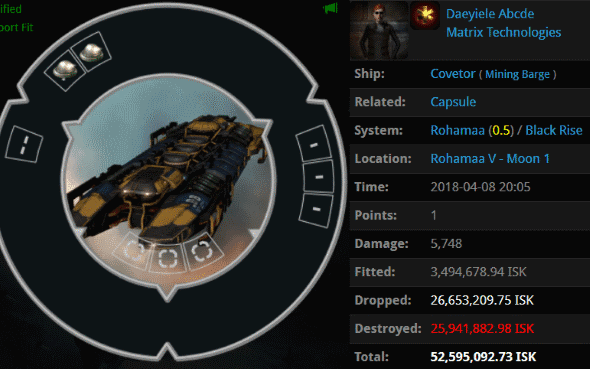 At last, Daeyiele Abcde's Covetor was destroyed. Ernst had patiently waited out the aggression timers between each gank, yet the miners never budged--until they were forcibly ejected, that is. 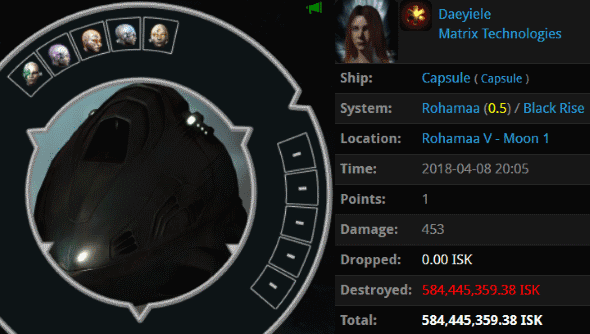 Even more damning: Dayiele, the second of the miners to be ganked, left her 584 million isk pod floating in space for nearly 20 minutes before it was popped. Not AFK, eh? Sure.

Where once there were three illegal miners, there was now only the beauty of empty space. Then again, maybe it wasn't so empty anymore: The space 'twas was filled with the Code.
Posted by MinerBumping at 18:11