Highsec can be a bewildering place. 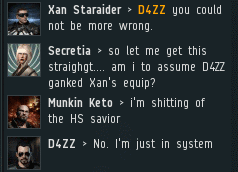 ...Especially when you jump into an imbroglio-in-progress. EVE players travel through populous (but usually silent) highsec systems one after another. And then they encounter content. 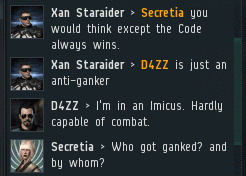 Secretia found herself unexpectedly entranced by a commotion in local chat. How was she to make sense of any of it? Well, for starters, the very first thing you should do when you enter a highsec system is to identify the Agent of the New Order. That tells you who's in charge. 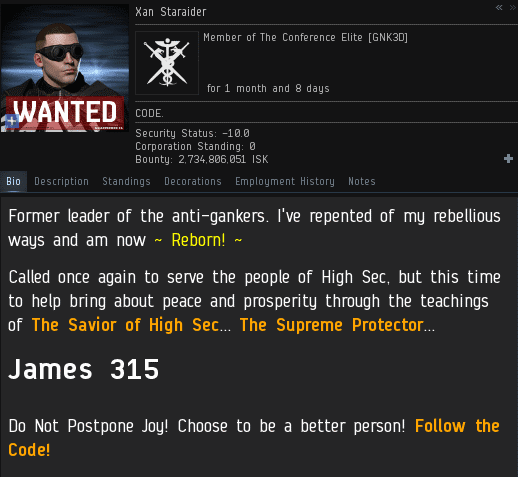 In this case, the man everyone looked to was Agent Xan Staraider. Once upon a time, in his misspent youth, Xan found himself misled into joining the Anti-Gankers. Then, like every other Anti-Ganker who was actually interested in playing EVE, he left the toxic group and joined up with the mighty CODE. alliance. From then on, Xan enjoyed an existence charmed by the power of the Code. 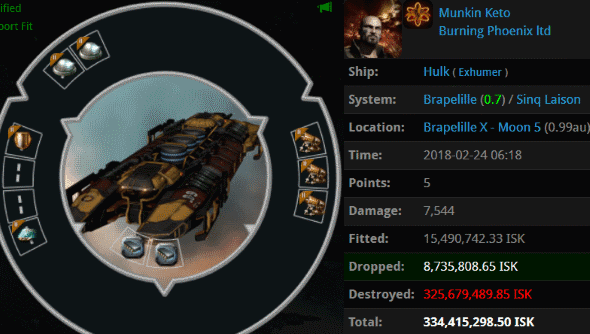 Xan admired the beauty of an ice anomaly in Brapelille and paid his respects by ganking a Hulk.

Munkin Keto responded to being ganked by sending an angry EVEmail to Semaj Cay Erquilenne. Munkin saw Semaj salvaging the wreck of the Hulk, and he strongly suspected Semaj of involvement with the gank. 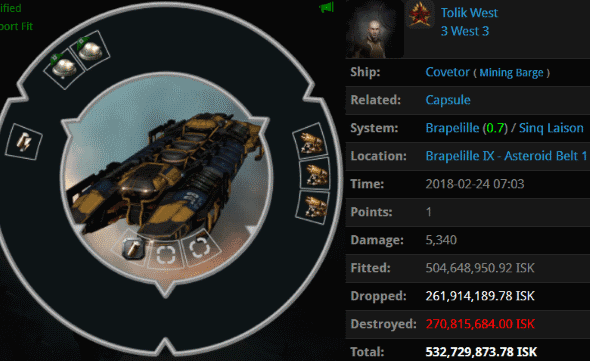 Xan enjoyed the first kill so much that he wanted another. His instincts were rewarded: The unlicensed Covetor he found mining in a nearby asteroid belt was blingy and capacitor-tanked.

The Hulk pilot was still skulking around the system. When he learned of the Covetor gank, he felt compelled to write an additional complaint letter. Finally, his rage overflowed its banks and poured into Brapelille local chat. 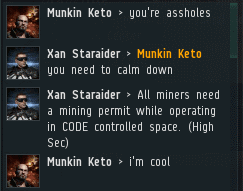 Munkin was upset about the ganking going on in Brapelille and had no intention of keeping it to himself. But how would the locals react? 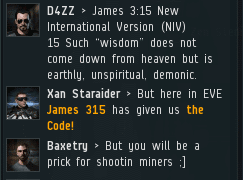 On occasion, local chat is dominated by compliant, Gallant miners. But on this day, the Goofuses descended like vultures. 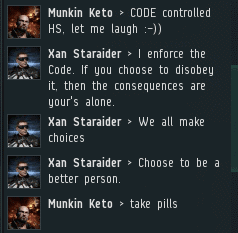 Agent Xan had a special compassion for the rebels. He knew what it was like to be on the wrong side of the Code, and he knew it was bad for the soul. 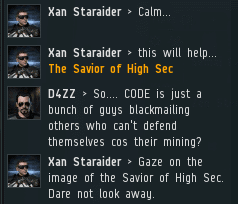 However, Xan also understood that not every Goofus grows out of his rebellious phase so quickly. 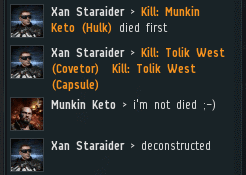 ...Which brings us back to the point in our story where Secretia asked who ganked whom. 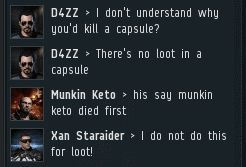 The truth is, despite the New Order's unrivaled transparency, a lot of miners have absolutely no clue why it is we do what we do. But they were going to find out.