Permits Are Better Than Remits 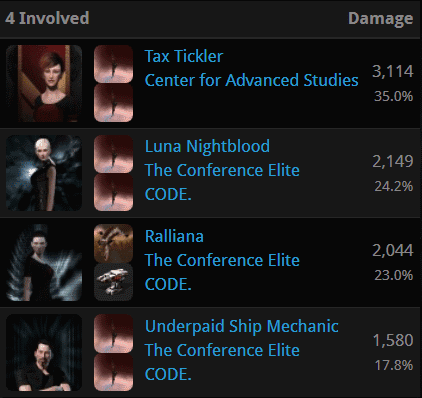 If you've been ganked by a Maller or a bunch of Tornadoes recently, there's a pretty good chance you've met Agent Ralliana and her friends. 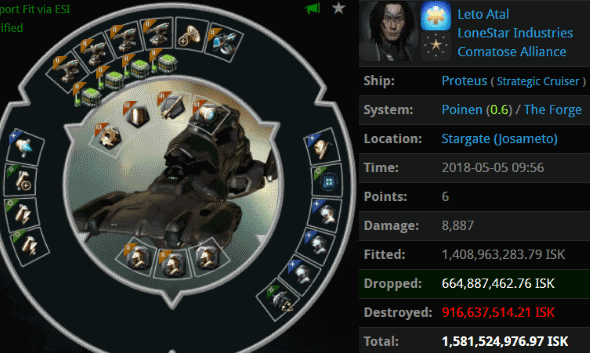 That was the case for Leto Atal, whose capacitor-tanked Proteus met its doom on a gate in Poinen. It could've jumped through the gate at any time, but it sat there and died instead.

Like a lot of carebears, Leto was more willing to offer a "wtf" than a "gf". He immediately attempted to put Ralliana on the defensive. (He probably should've done that before the battle was over.)

The former Proteus pilot leveled an extraordinary new accusation against our Agent. I think this is the first time anyone has accused an Agent of harassment for not enforcing the Code.

Next, Leto fumed that Ralliana had killed someone with a kill right. This crazy carebear actually thought Ralliana didn't have the right to kill while using a kill right!

Agent Ralliana was amazed. Leto even found a way to complain about not being killed.

Leto wasn't interested in continuing the conversation in local any further. He had a petition to write.

Even though she doubted its usefulness in this case, Ralliana sent the carebear a standard post-gank EVEmail. Leto's reply quickly confirmed our Agent's doubts.

Ralliana didn't want to nitpick the guy about every provision of the Code. She just wanted him to get a permit. Apparently that was too much to ask.

Leto was an odd duck. Many of our enemies have criticized our Agents, but few have done so from Leto's perspective. He didn't think Ralliana role-played convincingly enough to gank him. Our Agent explained that all highsec activities require a permit, and she left it at that.

Leto doubled down on the space lawyer/role-player hybrid approach. Though unorthodox, his position was clear: He didn't want anyone in the mighty CODE. alliance shooting his Proteus. 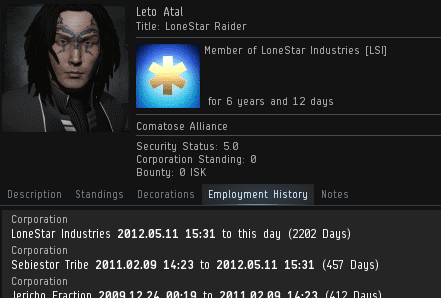 Incredibly, Leto's employment history goes back a decade, and he still hasn't learned that highsec is a place where PvP is allowed to occur at any time. This only proves that we still have a lot of work to do. Highsec needs us, desperately.
Posted by MinerBumping at 18:06