Failing to obey the Code is a mistake. It's more than that, though--it's a mistake that can haunt you for the rest of your life. By contrast, enforcing the Code can earn you a lifetime of respect (self-respect and the respect of others). Sounds like the Code is pretty important, right? It is. To demonstrate, from the week of May 20th @ 00:00 EVEtime through May 26th @ 23:59 EVEtime: 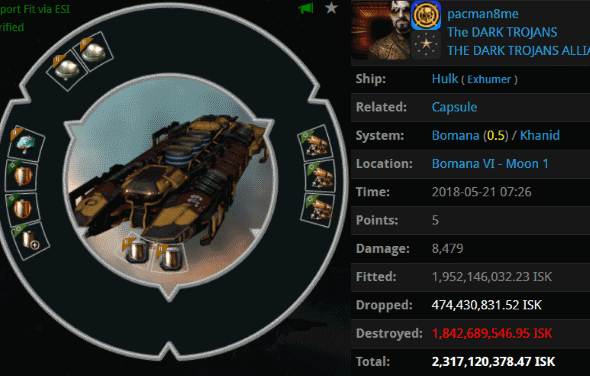 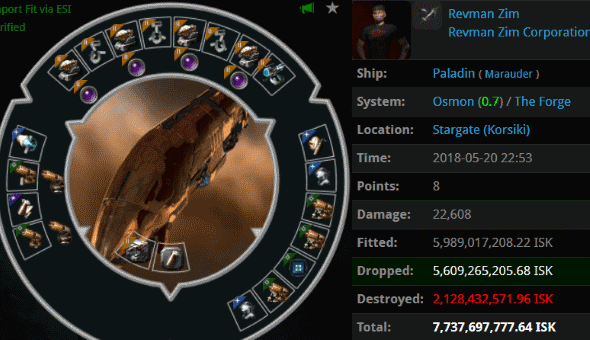 KILLMAIL
Revman Zim wanted to capacitor-tank his Paladin, but he didn't want to use more than one midslot on it. The solution was simple: Spend 2.2 billion isk on an officer cap recharger. Throwing that in with the rest of his bling, Revman managed to choke 7.7 billion isk on a Marauder. He was ambushed by Agents Nam Plau, Alarik Maleus, Votre Dieu, KaMiKaDzExD, Narl' Amhar, Astrid Tyrfing, and Bastian Mart, who had him in their sights with a set of Tornadoes. Unlike Revman, they were ready. 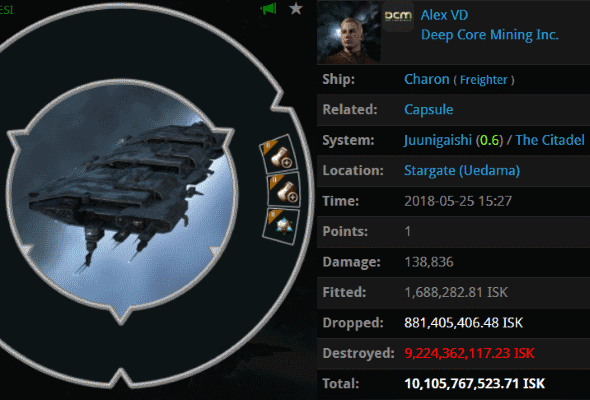 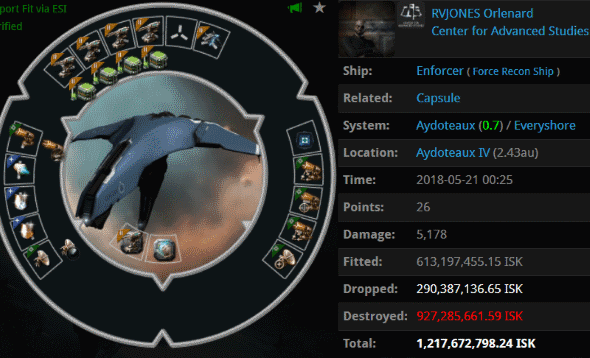 KILLMAIL
RVJONES Orlenard piloted an Enforcer-class force recon ship. Whatever you want to say about the fit, there's no doubt that it was a combat vessel. And, indeed, RVJONES consciously chose to engage in combat with another combat vessel. 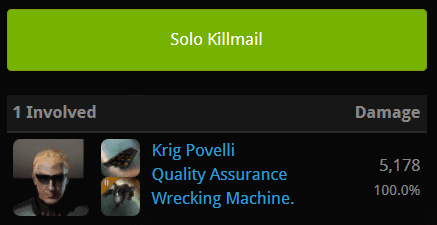 Said combat vessel was an Orca. In an honourable 1v1 duel between an Enforcer and an Orca, the Orca is favored--if piloted by an Agent of the New Order, like Krig Povelli. 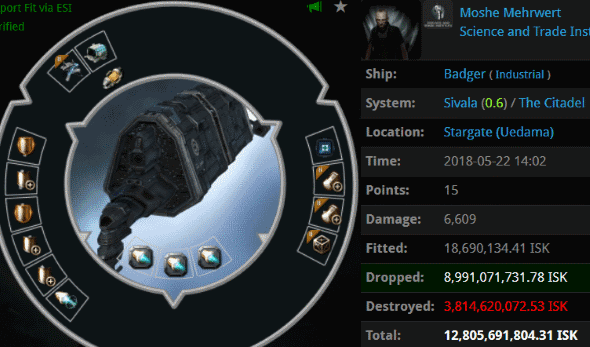 KILLMAIL
We've seen a lot of expensive haulers die over the years, but Moshe Mehrwert's 12.8 billion isk Badger was particularly sinful. Don't forget that a Badger is one of the least tanky industrial ships out there. Moshe didn't even have the presence of mind to lose a Deep Space Transport or an Iteron Mark V.

Oh yeah, and this was in Uedama.

Agents Votre Dieu and Narl' Amhar blapped the Badger and tuned into the Anti-Ganking channel to see the reaction. 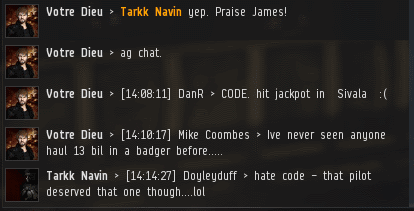 You know you're bad when Anti-Ganking is making fun of you. Though the fact that AG was aware of the gank raises the question: Where was Anti-Ganking? Maybe they just enjoy watching ships get ganked now. 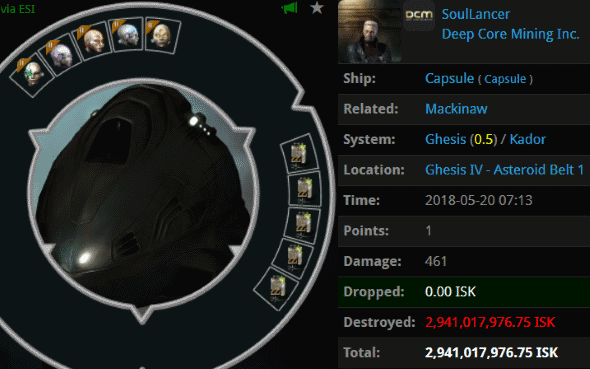 KILLMAIL
SoulLancer chose to do his mining in the exotic Kador region. "The New Order won't notice me here," he probably thought to himself. A lie. We patrol 100% of highsec, and bot-aspirants die everywhere they go. Agent Lawrence Lawton popped the miner's pod, worth nearly 3 billion isk. 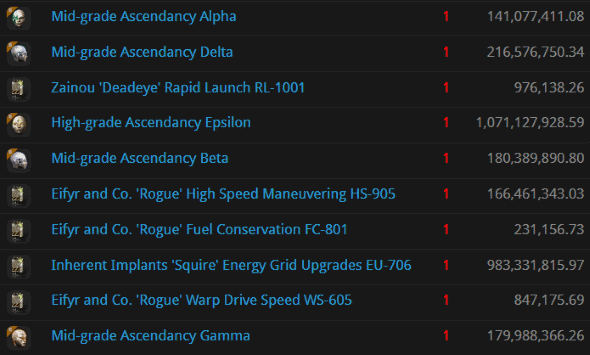 I'm not sure why SoulLancer thought he needed all of those speed-enhancing implants for his Mackinaw. Miner logic?
Posted by MinerBumping at 20:09