How bad at EVE do you have to be in order to lose an Orca to NPCs in highsec? Don't ask Foghat Allier...

...He's the guy who lost two Orcas to highsec NPCs in a single day. 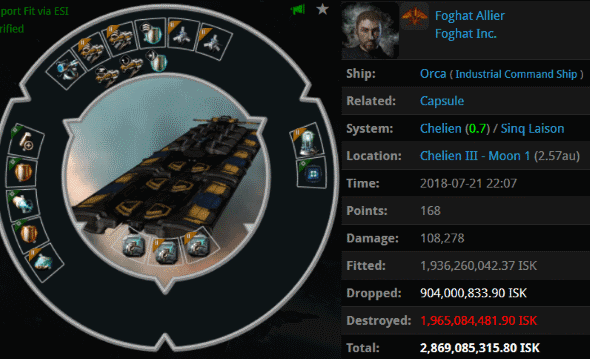 Later, Foghat moved to the Chelien system and sought to reinvent himself as the kind of fellow who only loses, at most, one Orca per day. Luckily for Foghat, this particular Orca was killed by an actual player (from The Marmite Collective) during a wardec.

However, it seems that somewhere along the way, Foghat developed a taste for illegal mining drones.

One day, Foghat was paid a visit by Nameless Insomniac. Foghat didn't like the look of him. Confident that his combat drones made his Orca a ship that can shoot back (or shoot first), Foghat agreed to duel Nameless Insomniac. Things seemed to be going well for ol' Foghat. 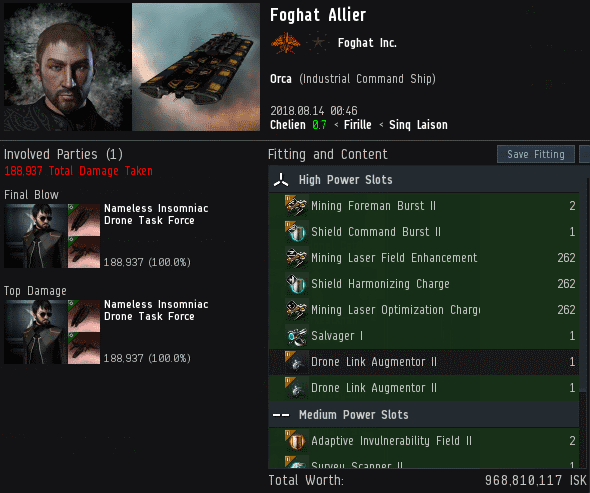 Foghat's opponent managed to win the battle, costing Foghat yet another Orca. 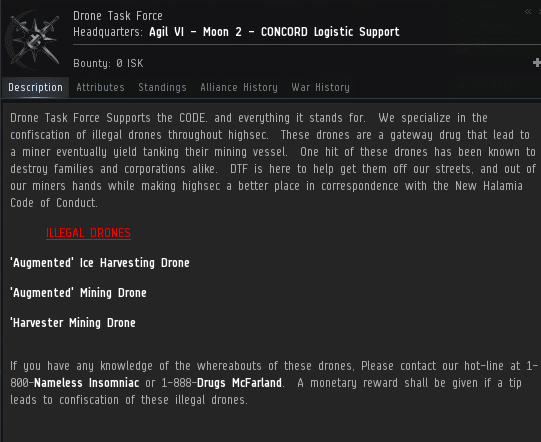 The miner's confidence was shattered. No matter how many Orcas he lost, it still hurt. Yet he refused to buy a mining permit--the very thing that could make all of his pain go away.

Agent Alleil Pollard was on hand to assist the miner. Foghat would've shot the messenger, if he still had something to shoot with.

Karma isn't just a concept; it's a Code enforcer.

Nevertheless, some in the Chelien system encouraged Foghat to persist in his rebellion. Would this Goofus ever buy a permit, or did he need to lose more Orcas?