Just another day in the Poinen system.

It was a chance encounter. One random player, Konker Sauras, met another player, Slutzilla. Both were interested in seeing some spaceships get blown up.

Konker wasn't recruiting someone to help to destroy another player, though. He was speaking, of course, about NPCs.

Slutzilla's motives were not so clear. Nevertheless, whatever she was going to do, it would happen in an abandoned mining site. Or nearby.

Before Slutzilla was willing to jump in, she wanted a little information about Konker. He saw no reason not to provide it. I mean, why not trust a perfect stranger in EVE Online? 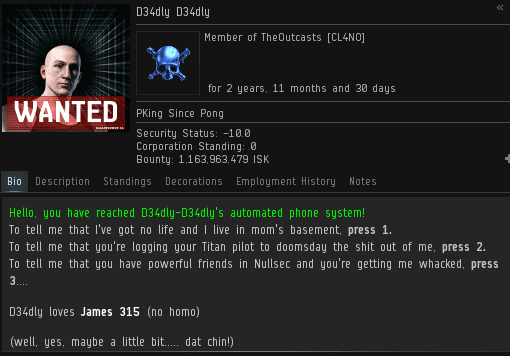 Slutzilla didn't answer Konker's question about what she was flying, but it was the same ship as D34dly D34dly: They were both in Catalysts. 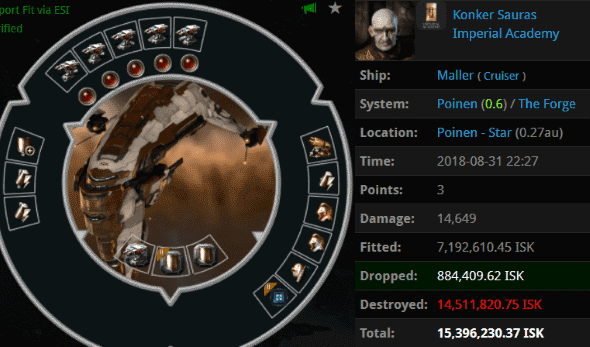 The three met up and went to battle. Konker didn't make it.

Konker was flabbergasted by the gank. He immediately began to analyze the situation in terms of isk--the way carebears do.

The only explanation Konker could think of was that the two Catalyst pilots wanted to collect on his small bounty. But even that didn't make sense, monetarily speaking.