Previously, on MinerBumping... Freed from the demanding restrictions of his undercover work, Lahnius let loose on Agent Alt 00, telling her everything that he'd always hated about her. Our Agent took it in good stride. But no matter how much Lahnius vented, he was unable to let go of his rage and resentment. 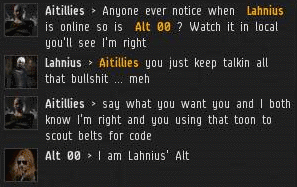 Lahnius had more pressing concerns, though. There was still the wardec from Failed Diplomacy to contend with--and the rumors they were spreading about him. 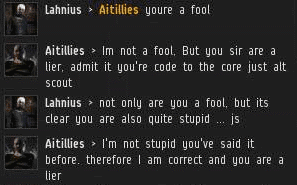 Aitillies was Failed Diplomacy's spokesman and chief propagandist. He sought to win the Nakugard miners over to his side. 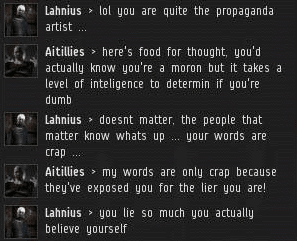 Lahnius knew that he would never be able to prevail against Alt 00 without the support of the local population. Thus, Failed Diplomacy threatened him on two fronts: His refineries and his reputation. 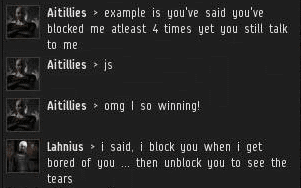 Nakugard's residents had not yet chosen a side. They didn't really like Aitillies or Lahnius. You can imagine why. Lahnius had Aitillies locked into a stalemate on the smacktalk plane of the conflict. But what about the traditional, spaceship versus spaceship stuff? 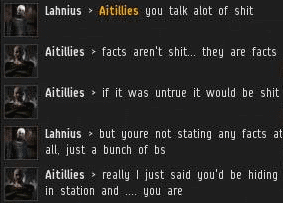 Unfortunately for Lahnius, he was heavily outnumbered. Failed Diplomacy had, at least on paper, a few dozen members. Lahnius was on his own. 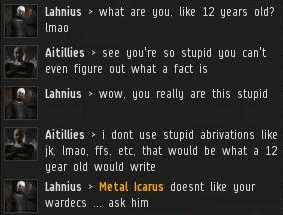 Lahnius needed allies. The mighty CODE. alliance was unlikely to help him, since he had vowed to destroy everyone. And the miners and Anti-Gankers were useless, he knew. So he invoked the name of one of Aitillies' fellow Failed Diplomacy members.

Aitillies brushed aside Lahnius' attempts to sow division in his corporation. 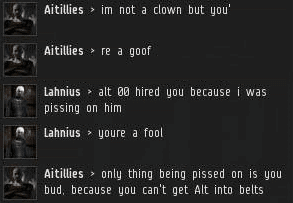 Aitillies and Lahnius each accused each other of being controlled by Alt 00 while the Agent maintained her benevolent presence in the system. 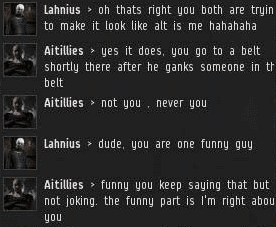 At this point, Lahnius grew more confident. The slap-fight was inconclusive, and his refineries remained untouched--for now, at least. 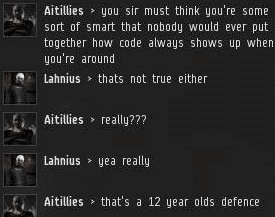 However, it was only a matter of time before Failed Diplomacy decided to take advantage of its superior firepower. 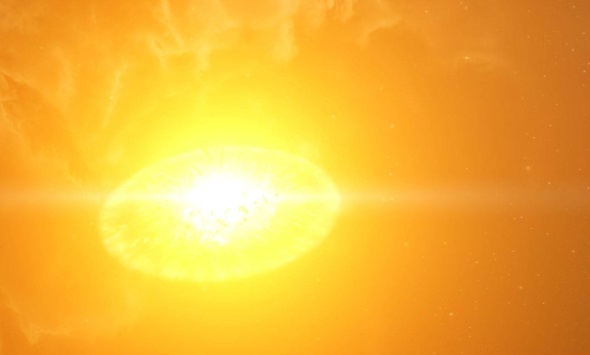 And when that day came, the Nakugard system was rocked by a magnificent explosion.