Previously, on MinerBumping... Lahnius suffered a humiliating loss when one of his prized Nakugard refineries was destroyed by Failed Diplomacy corp. With his already-battered reputation in tatters, Lahnius began using a new strategy: Having his own alts talk him up in local chat. 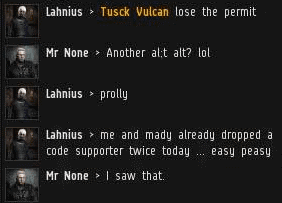 In the past, few people believed Lahnius when he claimed to score victories against the Code. Mr None, one of Lahnius' alts, was able to support his claims. He was a witness to everything. 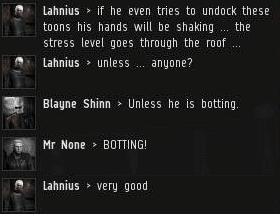 At times, Lahnius ran more than one alt; Blayne Shinn reported to duty in local chat.

As with his other alts, Madyson Landar shared the same schedule as Lahnius. When their leader logged off, so did the rest of them. On the bright side, Nakugard was spared all of their chatter whenever Lahnius was offline. 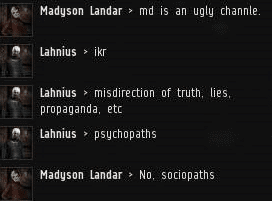 Once Lahnius started talking with his alts, he was hooked. He couldn't get enough of it. 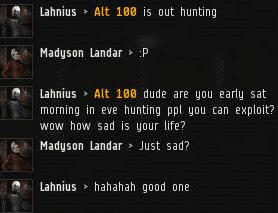 Since fewer and fewer Nakugard residents were willing to speak with Lahnius, the rebel leader grew increasingly dependent upon his alts for conversation and support. 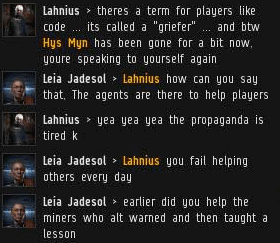 Nevertheless, not everyone who lived in Nakugard was an alt of Lahnius--and pretty much anyone who wasn't his alt disliked him. But there was another disadvantage to the "chatting with alts" strategy: 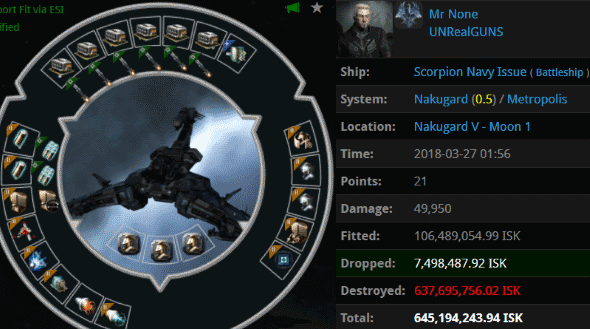 ...When his alts lost ships, Lahnius lost them, too. 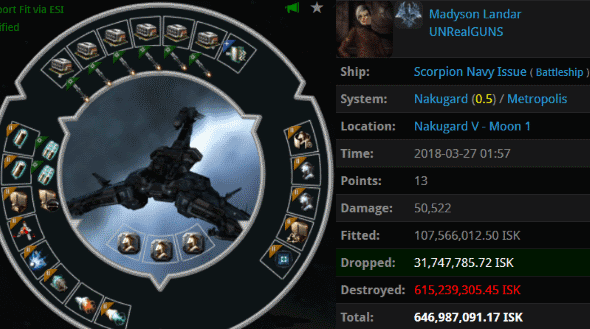 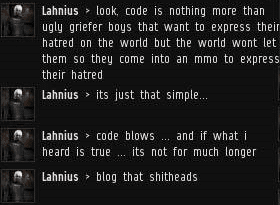 Like a pufferfish, Lahnius had used his alts to make himself appear bigger than he really was. The disastrous loss of his Navy Scorpions proved how expensive that strategy could be. He returned to relying primarily on his own account to fill Nakugard with gibberish. 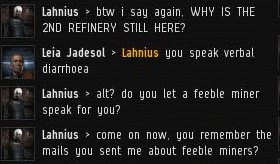 Not everything had been taken from Lahnius--at least, not yet. Two of his three refineries were still intact. 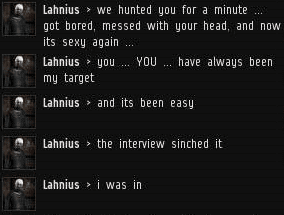 Failed Diplomacy corp had cost Lahnius a lot. Yet the true hatred of his life remained: Agent Alt 00. 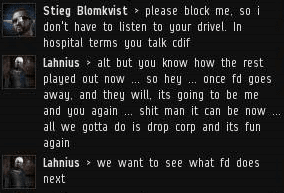 Lahnius urged Alt 00 to have Failed Diplomacy step aside so that they could settle their differences in solo combat. If Alt 00 accepted the challenge, everything would come down to one decisive battle for the fate of Nakugard.