Excuses don't get you very far in highsec. "I didn't know I needed a permit." "I wasn't AFK, I was just [AFK]..." "But I'm a newbro." "But you don't technically own in-game sovereignty." Excuses like these will get you ganked. The time has come to put away childish excuses and to embrace the maturity and rationality of the Code. It's the responsible thing to do. Otherwise, you'll end up like these bot-aspirants from the week of August 26th @ 00:00 EVEtime through September 1st @ 23:59 EVEtime... 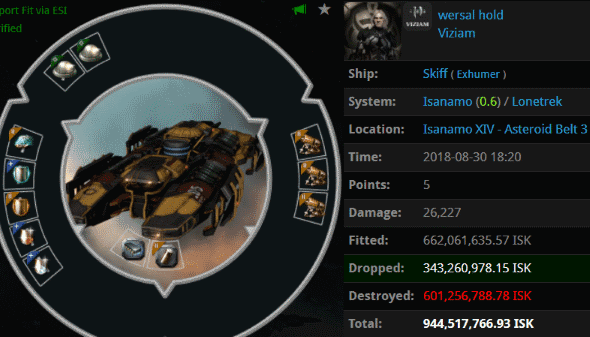 KILLMAIL
"But I thought you couldn't be ganked if you were in a Skiff." Ah, there's another of those deadly excuses. wersal hold purchased a blinged-up Skiff and set himself up for failure. His Code violations were detected and punished by Agents Ernst Steinitz, Max August Zorn, Niels Henrik Abel, and August De Morgan. 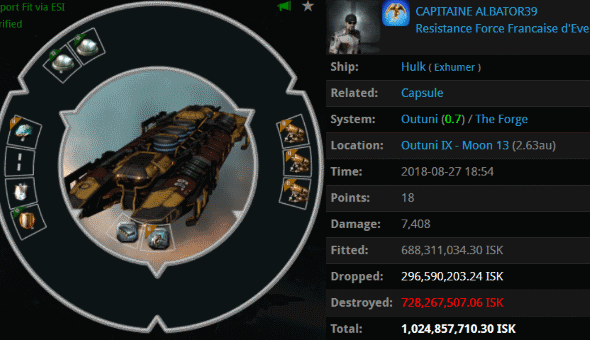 KILLMAIL
CAPITAINE ALBATOR39 thought of himself as some sort of anti-Code resistance fighter, judging by his corporation name--which may or may not have anything to do with the Code. Regardless, his use of a blingy Hulk was pure Goofus. Agents Max August Zorn and Ernst Steinitz brought in their signature Hecates and eliminated another pair of ORE Ice Harvesters. 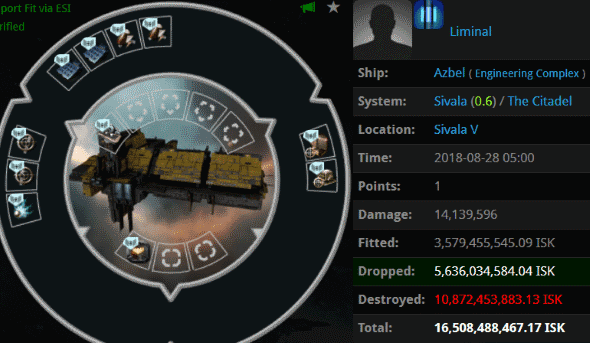 KILLMAIL
Liminal corporation learned the hard way that when the mighty CODE. alliance goes to war, it means business. Wardecs are not some sort of petty "griefing" tool. Liminal failed to take the wardec seriously enough to stop Agents Sigrid Tystnad, Discofitta, Chocolate Rainbow Cake, Love Humps, Delicate Feminie Flower, Dominated, Kermakakku, Jennifer Payne, Bi er, Ice is Nice, Jathrine, Blazing Pancake, Kissemurra, Rainbow Cake, Janine Frost, and Janice Frost from blowing up their 16.5 billion isk engineering complex. And the war had other casualties, too: 28.6 billion isk of Liminal corp equipment has been destroyed. So far, CODE. has lost nothing. It's almost as if we're an elite PvP alliance or something. 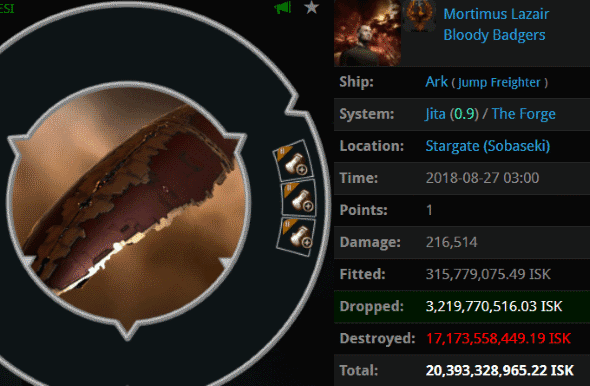 KILLMAIL
Mortimus Lazair made the classic mistake of thinking that once he'd made it into highsec, his ship was safe. In fact, the danger was greater in Jita than in nullsec. For when Mortimus trundled into Jita with a 20 billion isk jump freighter, he was being monitored by Agents Justin Kusion, Tax Collector Aruka, Tax Collector Kittens, Pod Destroyer Molly, Taxman Daniel, Tax Collector KarlMarx, Tax Collector Max, Tax Collector HongMei, Jason Kusion, Tax Collector Richard, Australian Excellence, Jake Kusion, Joshua Kusion, Jeremiah Kusion, Joseph Kusion, Joel Kusion, Jayden Kusion, Johnathan Kusion, Jackson Kusion, Jayson Kusion, HSM Chief PettyOfficer, HSM MasterChief, and HSM Fleet Admiral. Some say that the Kusions were in the middle of planning a birthday observance when the carebear so rudely entered the system with his many Code violations. Regardless, Mortimus' Ark didn't even bother to fire a single shot in its defense! He knew that when Kusions and Tax Collectors come at you, you're toast. 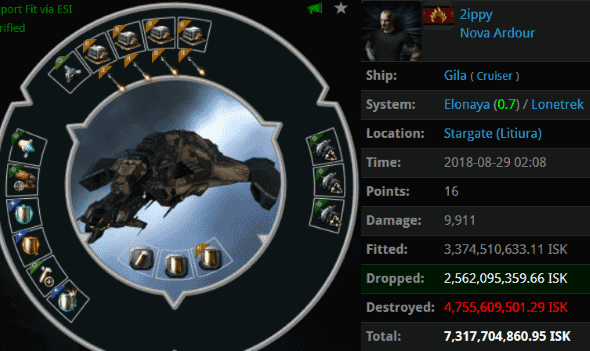 KILLMAIL
Before people complain about my reference to Arks defending themselves, consider that 2ippy's Gila had plenty of weaponry at its command. Yet the Gila pilot was no more willing to put up a fight than any unarmed jump freighter. Agents Eva Mavas, Araena Calorne, and Lucia blasted the 7.3 billion isk cruiser. 2ippy's Gila was made the more expensive by its cargo of implants. When you're a carebear, every ship is a hauler. 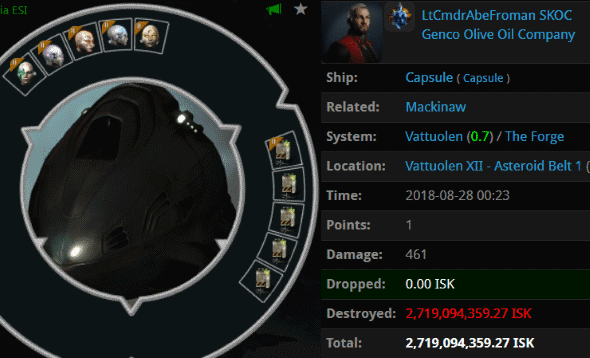 KILLMAIL
LtCmdrAbeFroman SKOC was AFK mining in an ice anomaly when he lost his Mackinaw to a group of people who actually like to play the game. Agent Reggie Dunlopp scored a kill on the miner's pod, which contained 2.7 billion isk worth of implants. 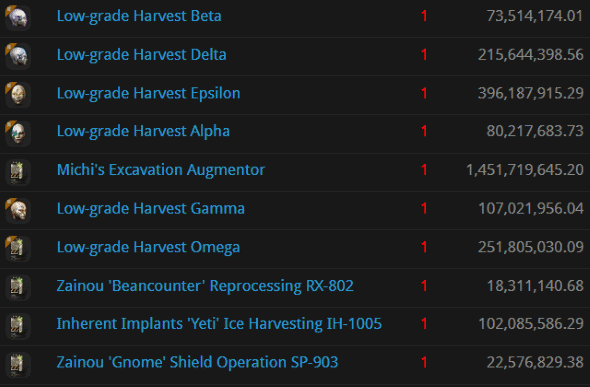 A more shameful collection of implants you'll rarely find. The miner had no room in his head for anything fun.
Posted by MinerBumping at 20:11