Our Agents are always vigilant--that's how highsec got to be in its present state. You, too, ought to exercise some of that vigilance, dear reader. Today's post will reward it. From the week of September 2nd @ 00:00 EVEtime through September 8th @ 23:59 EVEtime: 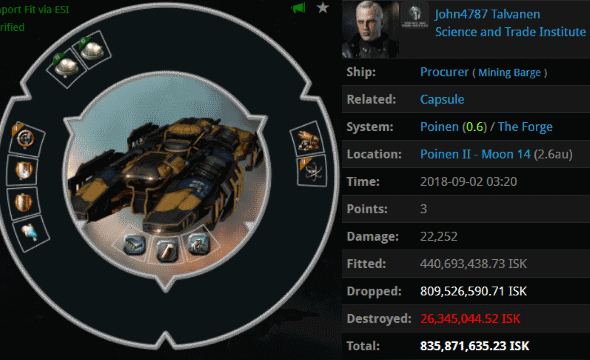 KILLMAIL
John4787 Talvanen thought a pesky Procurer could stand between Agents Max August Zorn, Ernst Steinitz, Niels Henrik Abel, and Augustus De Morgan and the ORE Strip Miners they sought to destroy. No such luck, John4787. Though Procurers are tankier than Hulks, the miner's fit was particularly strange. That's not a yield mod you see in the lowslot--it's an amplifier for his ECM. Needless to say, it didn't work. 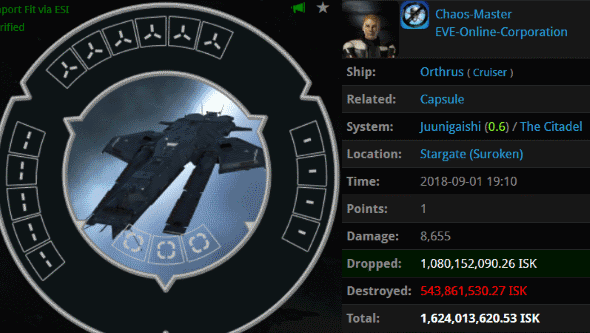 KILLMAIL
"Why don't you shoot some ships that can shoot back?" If only the carebears bothered to equip some weapons. Late last week, Chaos-Master decided to go on a trip in his Orthrus. Apparently it was a spur-of-the-moment kind of thing. Either that, or he carefully planned not to fit any modules. Agents Jacob Kusion, Jeffery Kusion, Aiko Danuja, Jeremy Kusion, Josh Kusion, Jonas Kusion, Jessie Kusion, Jack Kusion, Josiah Kusion, and Jimmy Kusion spotted the malfeasant and brought him to justice.

He was carrying PLEX. Typical. 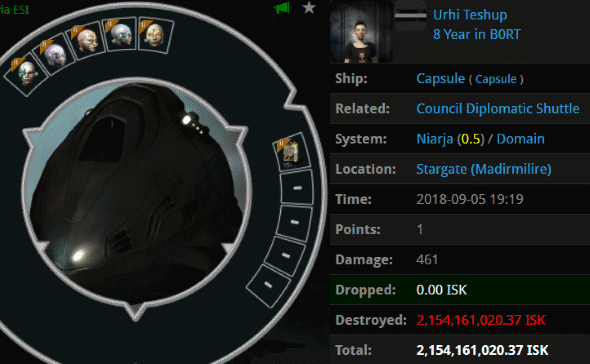 KILLMAIL
Urhi Teshup sent her shuttle on autopilot through Niarja with precisely the outcome you'd expect: A swift gank by Agent Aaaarrgg. Uhri's pod was a juicy one, weighing in at 2.1 billion isk. 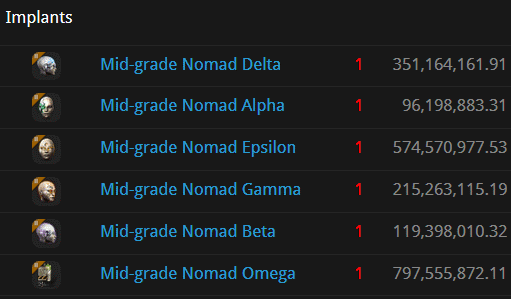 I could talk about the Nomads, but let's face it--what you're really interested in is finding out why the Podkill of the Week ended up in the middle of the post instead of the end. Let us wait and see. 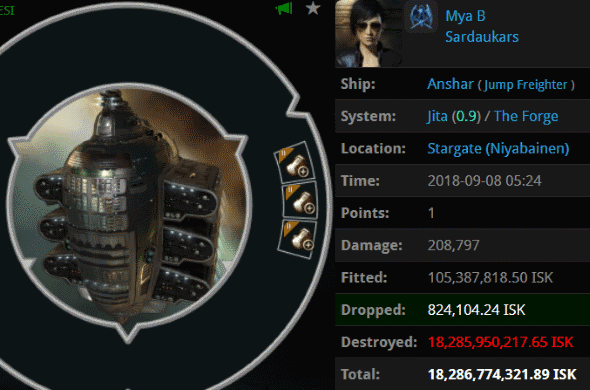 Nanotransistors? I hope it was worth it. 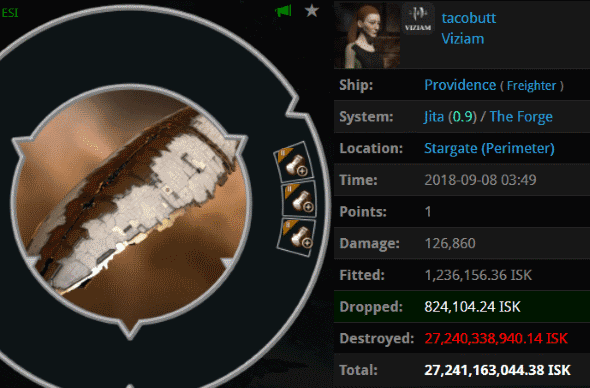 You need a permit for that. 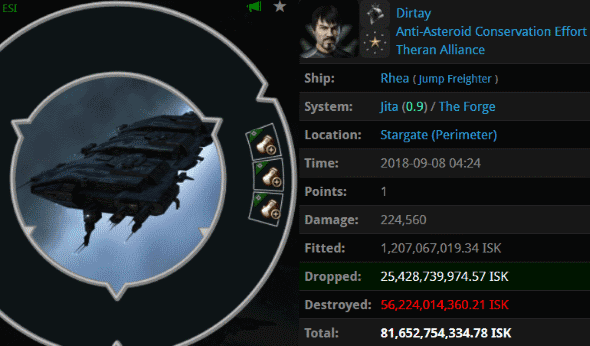 KILLMAIL
If you're still reading this post, enjoy this 81.6 billion isk killmail. It comes to us courtesy of Dirtay and his staggering lack of judgment. Why would he bring such a pricey jump freighter into Jita while the Tax Collectors were on duty? Why would he pilot such a pricey ship at all? And why did he choose to go AFK instead of sparing a few minutes to look after his 81.6 billion isk investment?

Ah, but he chose to disobey the Code. And it cost him everything.

CODE. isn't dead, but a lot of our enemies certainly are. Because the CODE always wins. Always!
Posted by MinerBumping at 20:05