Previously, on MinerBumping... Lahnius suffered defeat after defeat at the hands of Failed Diplomacy, which wardecced him based on the mistaken assumption that he was an undercover Code enforcer. First Lahnius lost one of his precious refineries in Nakugard. Then his alts' Navy Scorpions were killed.

No longer comfortable filling local chat with conversations between himself and his newly de-shipped alts, Lahnius returned to his favorite subject. 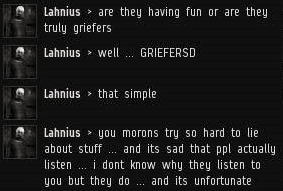 Lahnius explained that his original intention was not to destroy the mighty CODE. alliance, but to learn about it. What he discovered shocked and appalled him. The alliance was filled with griefers--not people who had fun blowing up spaceships. 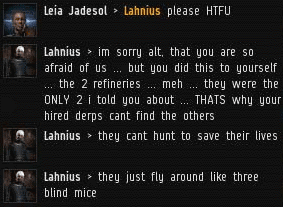 Only one thing kept Lahnius going now: The pair of Nakugard refineries that hadn't been destroyed yet. So far, Failed Diplomacy hadn't touched them. 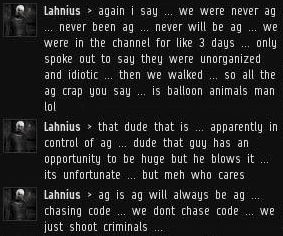 The rebel abandoned his plans to create "Hardcore AG". Even Lahnius could see that the Anti-Gankers were hopeless. As Lahnius' monologue in Nakugard local chat went on, he grew more confused. Apparently he escaped from Circle-Of-Two? 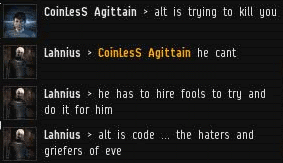 Lahnius was perfectly happy to keep talking, even if there was no sign that anyone was listening. When Nakugard residents and random passersby did chime in, it guaranteed at least another hour of chatter. 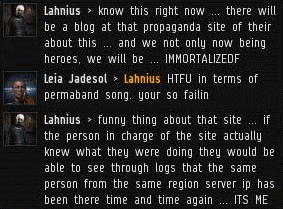 Then Lahnius treated Nakugard to one of his favorite things: The unveiling of yet another long-held secret. 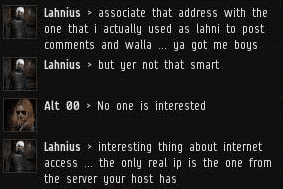 Though Lahnius wasn't an expert on IP addresses or internet-based espionage, he was sure of one thing: The super-spy had been able to visit MinerBumping repeatedly without being caught. 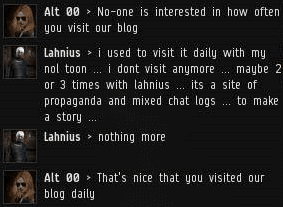 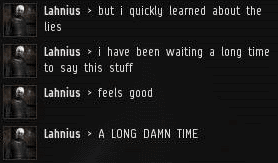 Liberated at last, Lahnius was free to accuse MinerBumping of propaganda. MinerBumping didn't report the truth about highsec; it buried any story about Lahnius' victories and accomplishments. 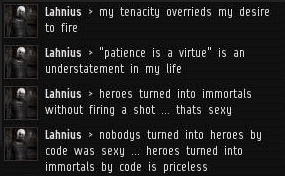 Lahnius took another victory lap. It's unclear what he was celebrating this time, but it must have been amazing. 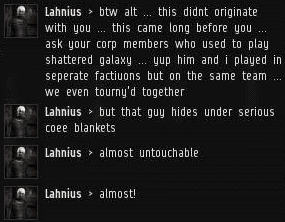 Then, out of nowhere, another bombshell revelation.