Because of people like us, EVE is dying... for more Code. Welcome to the latest edition of the Highsec Miner Grab Bag!

I think katreana Mabebu is asking us not to demand mining permits until her corp grows a bit more. However, without permits, her mining corp is surely doomed.

This guy will buy a permit eventually.

Of the three people we see chatting in local, guess which one is the Agent?

You can always tell the difference between an Agent and a miner by their manners. 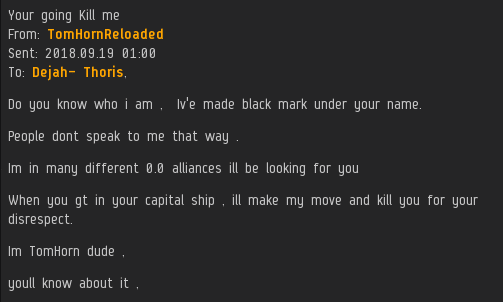 Any nullsec alliances out there want to claim this "TomHorn" dude? I believe the Agent. What possible motive would an Agent have to lie? Anyway, slowboating to a gate in your pod--something you would only do under the assumption that you're totally safe in highsec--is a definite sign of bot-aspirancy.

Looks like someone forgot about the "respect" clause in the Code. Compliant miners don't spit at people.

I've noticed a pattern: Miners who claim their innocence have a tendency to accidentally confess their guilt instead.

Sixer70 seems to think "monkey" is an insult. I would trust a monkey over a carebear any day of the week.

Ah, the new returning player excuse. When a miner calls himself a "player trying out EVE again," that translates to "I'm not a new player, but I want to be given special protections like one." Instant Code violation. 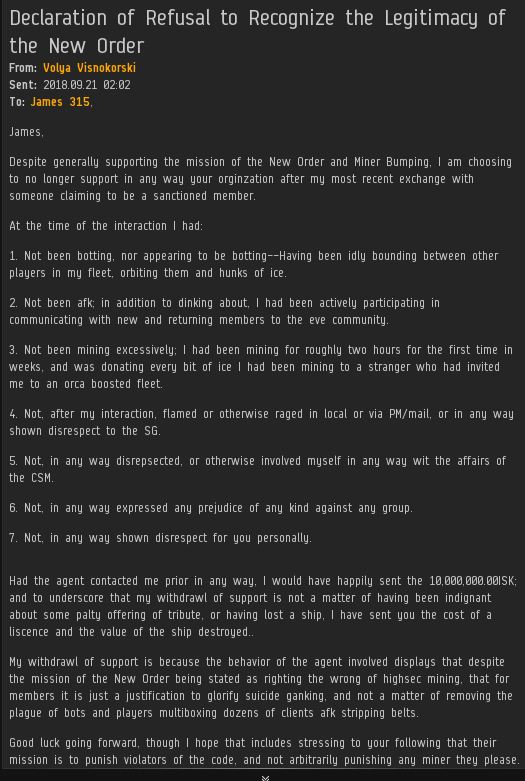 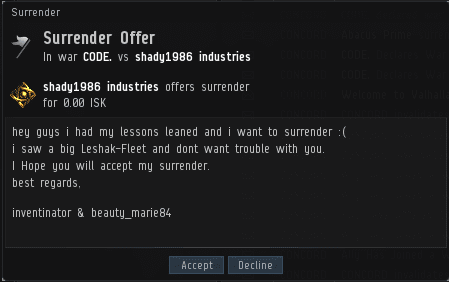 After watching the mighty CODE. alliance assemble a war fleet, shady1986 industries requested to be allowed to surrender. I was informed by an officer of our wardeccing corp that the matter was settled to his satisfaction. And people say the wardec system is broken?
Posted by MinerBumping at 18:13