Previously, on MinerBumping... Though his own misdeeds led to the destruction of his mining ship, Stephan Frost was enraged when he was ganked. Agents Galaxy Pig, Aiko Danuja, and Overmind Niminen created a task force aimed at persuading the miner to purchase a permit and obey the Code.

Stephan showed signs of being extremely biased against the Saviour of Highsec. No wonder the miner was so bad at EVE.

MinerBumping does not contain any viruses. If anything, it contains cures and medicines.

Though Stephan was angry and defiant, he was now surrounded by good influences. Maybe our Agents could slowly wear down his resistance.

One by one, our heroes dismantled the foul miner's arguments. Soon he wouldn't have any left.

Stephan reached a point of total despair. He knew there was no hope of fighting back against the Code. He decided that EVE was totally ruined.

...Or, at least, highsec was ruined. Maybe he could mine some ore in lowsec. Then again, he'd be forced to deal with the risk of losing another ship. Sigh...

Some rebels say that my Agents and I have had no impact on EVE. Others claim that I single-handedly destroyed the game. Both are wrong. By saving highsec, I have saved EVE Online.

Just when all hope was lost, Agent Overmind pulled a rabbit out of his hat. A Catalyst-shaped rabbit.

He behaved like a helpless newbie, but Stephan's character was actually a few years old and had the skills to pilot the Catalyst. Seemingly out of nowhere, he summoned the will to use the Catalyst, too. 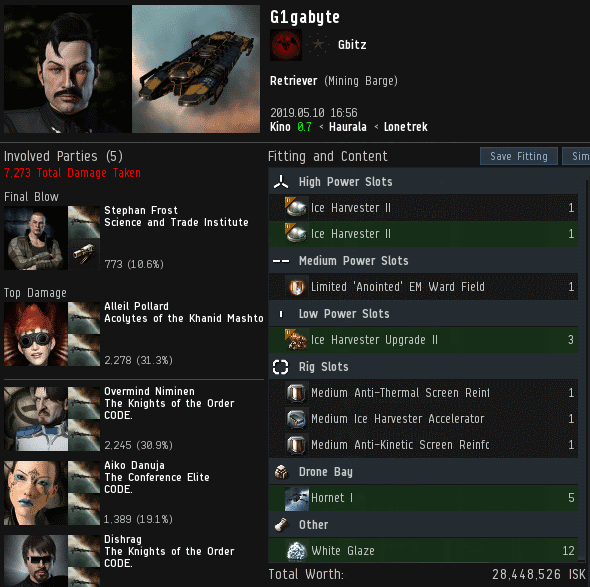 Stephan joined a group of Agents and immediately ganked one of his fellow miners. Despite providing only 10% of the total damage, Stephan himself dealt the final blow. It was fate. 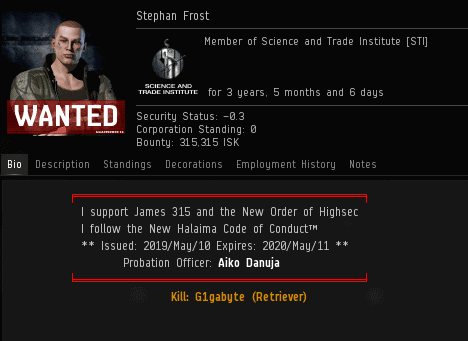 Stephan could no longer deny that the Code is a good thing. 'Tis a very good thing indeed!
Posted by MinerBumping at 18:02