Over One Trillion Eight Hundred Nineteen Billion in Shares Sold

You know what's a good way to make a name for yourself in EVE? Buying New Order shares.

Priscilla Pareka put herself on the map by purchasing 1,386 shares. Her purchase guaranteed that we'd achieve another milestone, and it happened to be the 1,818 billion isk mark. Enjoy your Supreme Protector's Tip of the Hat™, Priscilla.

kayimbo joined the shareholder ranks as well. His purchase of 900 shares brought us to the 1,819 billion isk mark and warranted a Supreme Protector's Tip of the Hat™ of his own.

File this one under "Mysterious Friends in Nullsec".

There appeared to be no explanation for this strange event. The system in question, V-X0KM, is located in the Oasa region, deep in the eastern rental lands. The accidental CODE. sovereignty is apparently related to the skill urself alliance closing up shop. Did someone pull a prank?

Upon seeing the notification, Agent Super Perforator made the trek to V-X0KM in order to investigate--using a proper scouting ship, of course. Agent Super took some snapshots to document the trip. 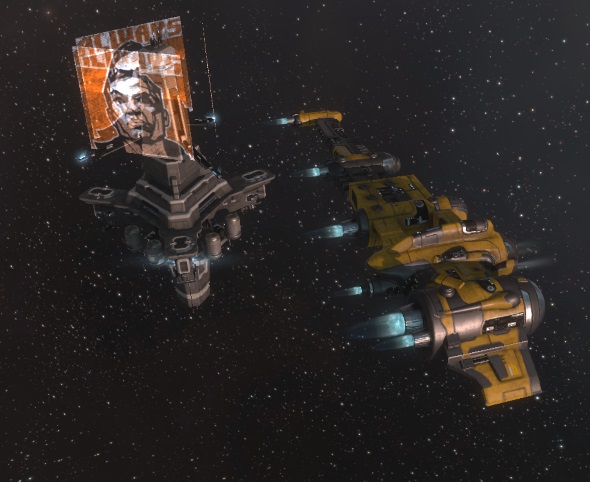 This structure is known as a "Territorial Claim Unit". Somehow it was owned by CODE. 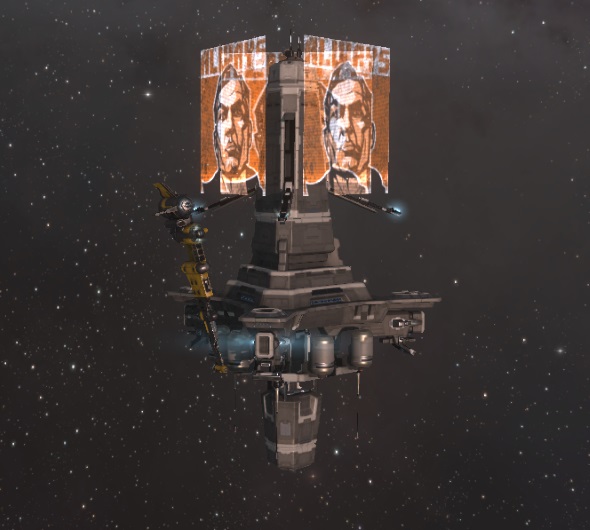 TCUs broadcast an image of the alliance's logo. I must say, my face looks good in lights. 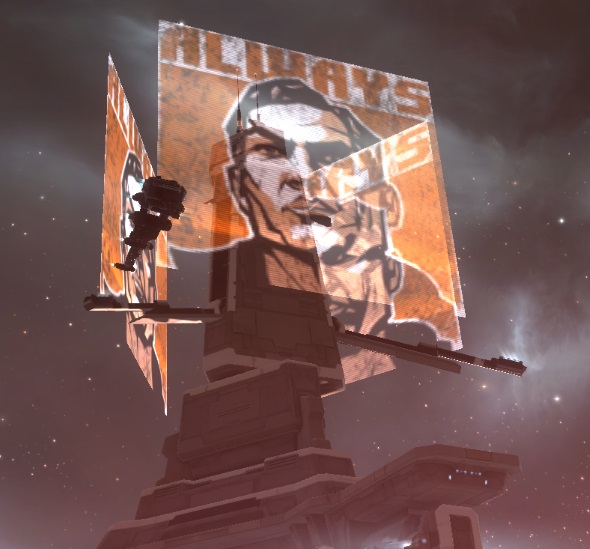 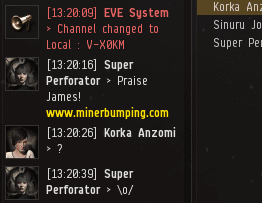 Sovereignty of V-X0KM is expected to pass into the hands of its intended owners as soon as FozzieSov allows. Still, the brief period of CODE. sov in a random system may be the best thing that has ever happened in Oasa.
Posted by MinerBumping at 18:01