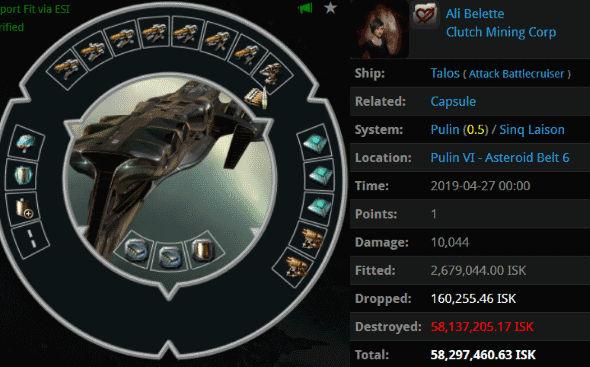 Would you believe, dear reader, that someone could mine in a ship like this and still have the gall to play the victim upon being ganked? 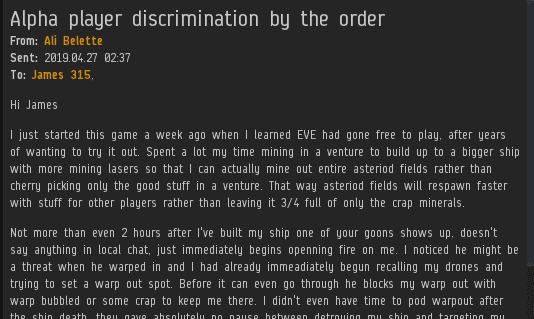 Ali Belette earned the dubious distinction of being featured in a Highsec Miner Grab Bag post not long after. I won't republish that rant here; the purpose of today's post is to let the ganker tell his side of the story. In the interest of fairness. 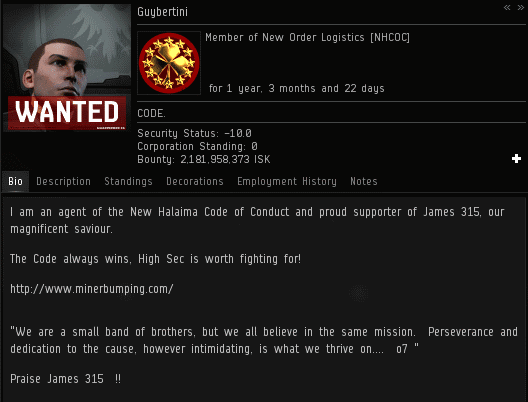 The ganker in question was none other than Agent Guybertini, a distinguished gentleman from the mighty CODE. alliance. He was outraged by the mining Talos, but he kept his righteous indignation in check and sent the miner a form EVEmail. She sent a reply. Would it be an apology?

Ali was unrepentant. She confessed to jetcan mining, but she wouldn't admit that she'd been AFK. Players can't leave their keyboards if they're in a Talos.

Guybertini wasn't in the mood to be scammed. He wanted answers and was determined to get them. 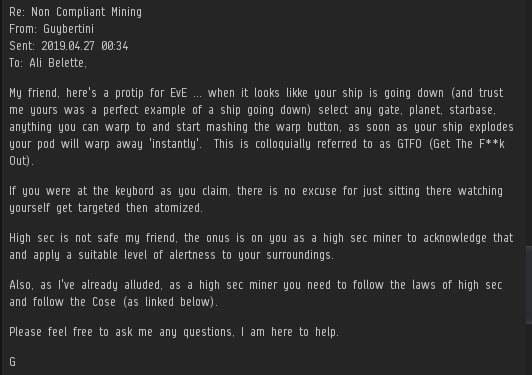 Our Agent got his second wind and was filled with compassion for the miner. He taught her how to play EVE. He gave her the chance that no one else did. Would the miner respond with gratitude--or with more lies? 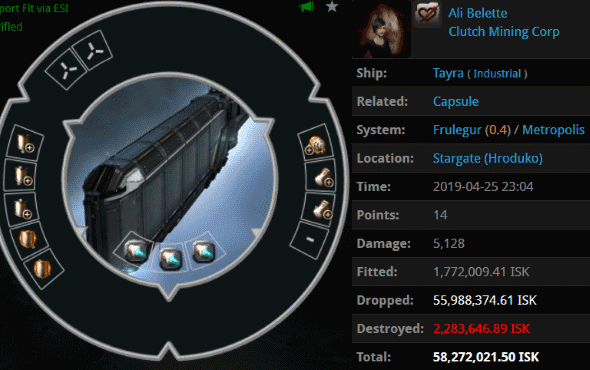 And, I must point out, she had enough isk to throw away on frivolous purchases like a custom 1-man corp for illegal mining.

Ali's killboard proves she had a history of mining in lowsec in Ventures. She kept losing them--likely due to her habit of going AFK. So she moved to highsec and became Guybertini's problem. Was there any chance he could talk sense into this miner?