Previously, on MinerBumping... An incredible event took place in Halaima, the birthplace of the Code. A blingy Skiff and an Orca piloted by Unflinching Savior and The Ore Hunter CONCORDed themselves during an altercation with Cynthia Rotsuda.

The brief post-CONCORD conversation between Cynthia and The Ore Hunter/Unflinching Savior concluded. It was safe to say that no friendships had been made. 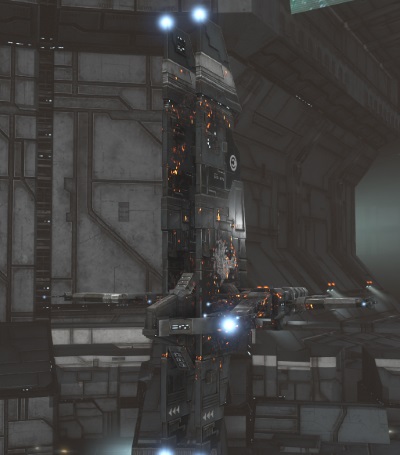 The fact that Ore Hunter/Unflinching was a permit owner practically guaranteed that some sort of investigation would take place. Little by little, details emerged. Cynthia had been "bumping" miners using a Heron frigate.

Said frigate was damaged--but not killed--when attacked by the Skiff and Orca, which were CONCORDed before they could complete their deadly mission.

News of the incident reached the ears of Agent Aiko Danuja, who took responsibility for Unflinching's reimbursement claim.

An EVEmail chain ensued. Unflinching was hostile toward Aiko; he assumed she was an alt of Cynthia.

The miner was reluctant to share the in-game CONCORD killmails. However, Aiko stuck to her guns. 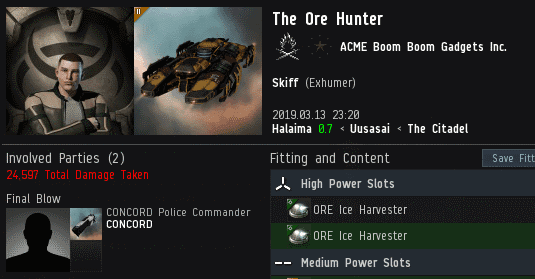 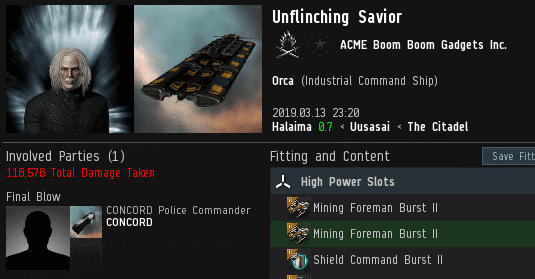 Unflinching relented, providing Aiko links to the subpoenaed killmails. That's why we are able to share these extraordinary images.

Even a kill on zKillboard can, in theory, be faked. But with access to the in-game killmails, there was absolutely no doubt that the Skiff and Orca kills--however unbelievable they were--had indeed occurred. Aiko promised to investigate the incident as her top priority.

Unflinching was relieved. At the same time, though, he realized that his previous behavior had not helped his cause. He moved quickly to rectify the situation by sending an apology to Aiko--and a detailed account to the Saviour of Highsec himself.

What followed was Unflinching's side of the story. Would the miner be honest--or would he be tempted to spin things in his own favor?

Two points of interest: First, we have testimony from a licensed miner that buying a mining permit reduces one's chances of being ganked by members of the mighty CODE. alliance. (Cue tears from the Anti-Ganking crowd, if they're still around.)

Second, Unflinching claimed that Cynthia made an announcement in local before bumping him with the Heron.

More pieces of the puzzle came together: Unflinching apparently assumed that if his drones fired upon Cynthia's ship without destroying it, CONCORD would not respond.

A costly mistake that one would think a MinerBumping reader wouldn't make.

The miner recounted a version of the conversation between himself and Cynthia. It was incomplete, to say the least.

Some questions were answered, but others remained. And the Halaima system's hunger for justice was not yet satisfied.